Kragnos Has Tipped The Power Balance of the Mortal Realms. Here’s What That Means for the New Edition 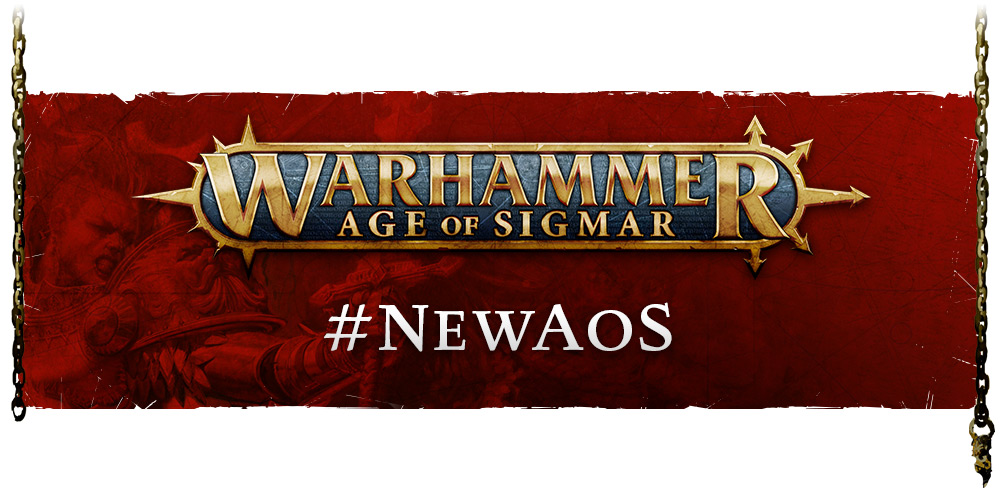 The story of the Mortal Realms is ever-changing, and it’s about to take a huge leap as we rapidly approach the launch of Warhammer Age of Sigmar’s new edition.

The Soul Wars are over, life energy is spreading throughout the land, and an ancient Earthquake God has risen from aeons of imprisonment. The Era of the Beast is shaping up to be a wild time indeed, so let’s take a look at how this is setting the scene for the next edition. 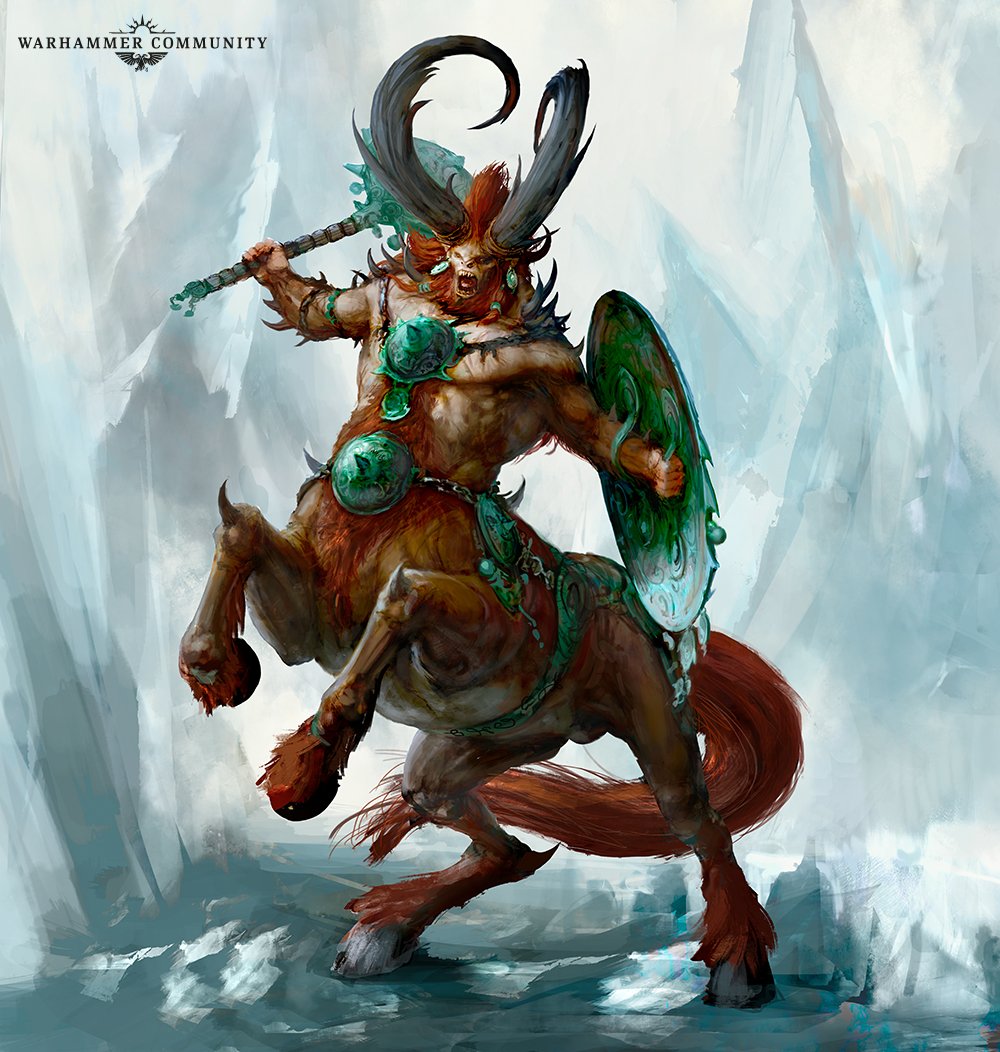 Terrifying new gods have risen to prominence in The Mortal Realms. Morathi, ever resentful of the divine power afforded her son and his fellow aelven gods, enacted a profane ritual to gorge on the power of her race’s greatest souls and emerged as Morathi-Khaine, God of Murder. 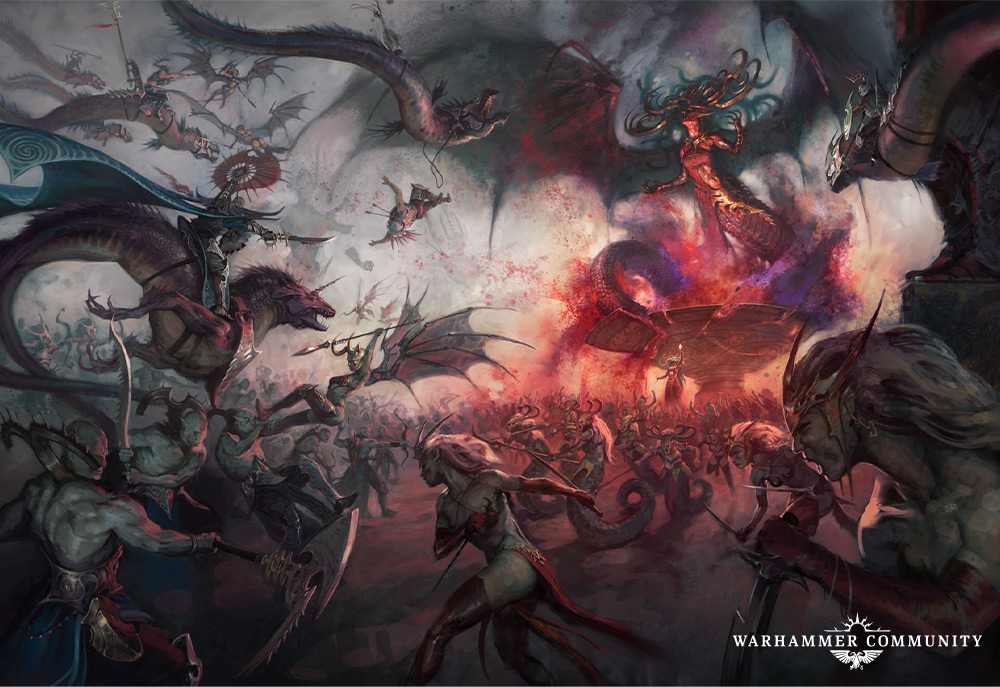 Meanwhile, the aftershocks of Alarielle’s Rite of Life and Nagash’s Necroquake rent the final cracks in Kragnos’ prison, unleashing the ancient god into the wilds of Ghur once more. An unpredictable, unstoppable force of Destruction, Kragnos inspires a surge of greenskin invasions across the Realm of Beasts and beyond. 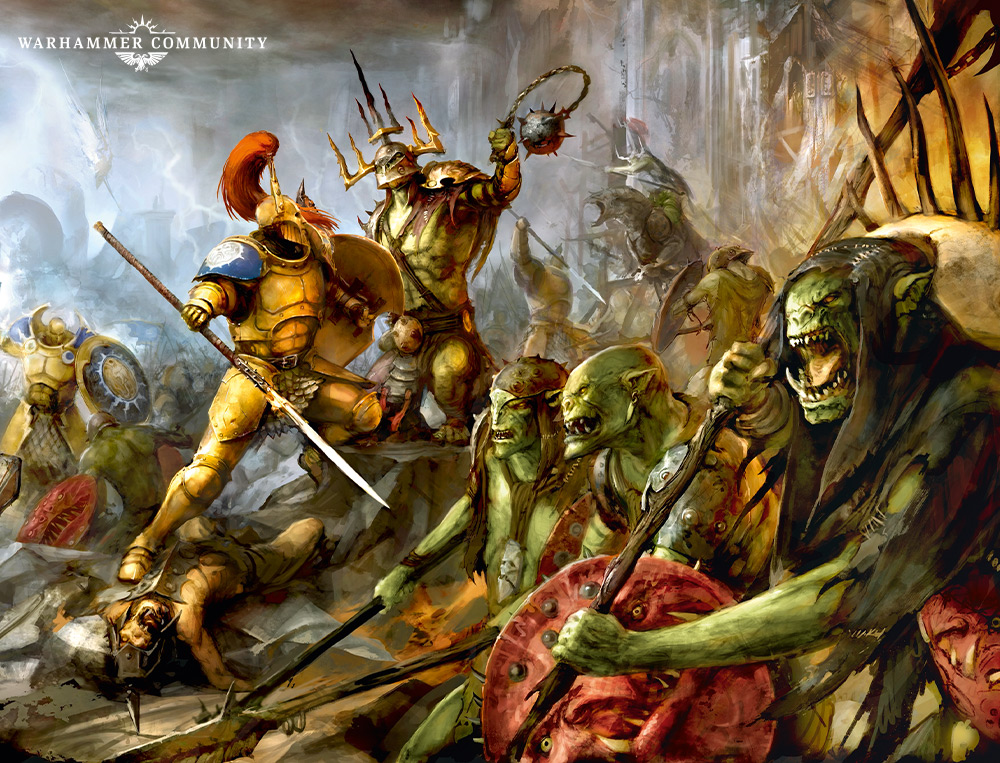 Thrown back on their heels, the forces of Order are being swept aside by relentless attacks from Ironjawz, Bonesplittaz, and the emerging threat of the Kruleboyz as the forces of Destruction join the Earthquake God’s rampage. 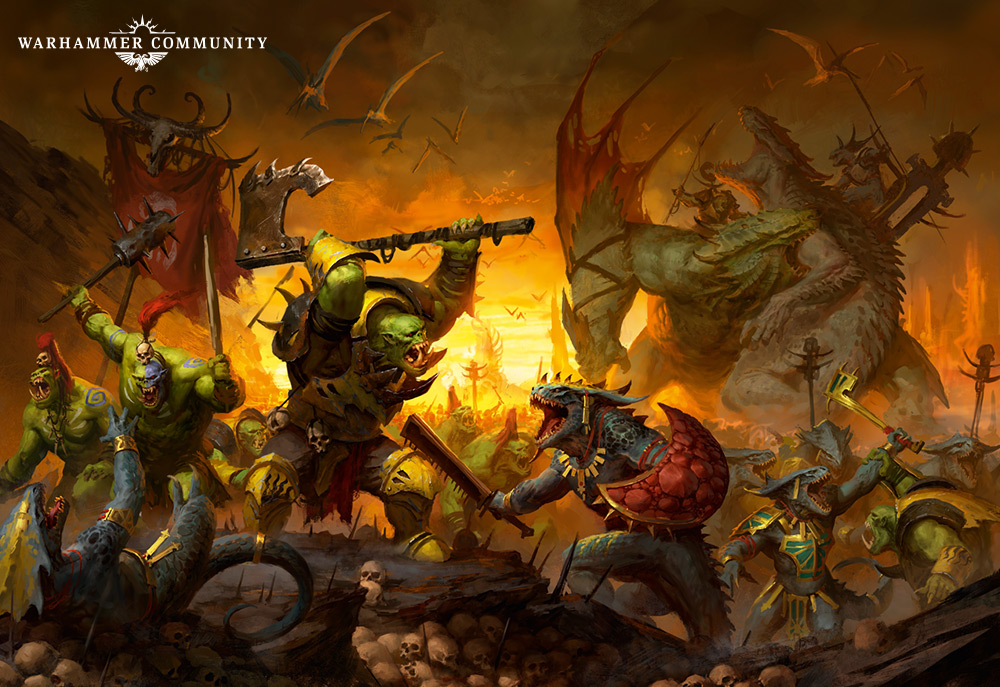 As if that wasn’t bad enough, the Stormcast Eternals can no longer rely on their connection to High Azyr to render them nigh-immortal. The machinations of Be’lakor, the Dark Master, have smothered the Mortal Realms in roiling clouds of Chaos energy. The foul magic spilling from his network of shattered Realmgates has denied Stormcast Eternals a path back to the Celestial Realm, preventing them from being Reforged when they fall.

Only the timely return of an old ally is staving off certain disaster. A new pattern of thunderstrike armour has been forged for the Stormcast Eternals that melds Azyrite form with lethal function, exploding with such force when destroyed that their lightning can pierce Be’lakor’s veil. 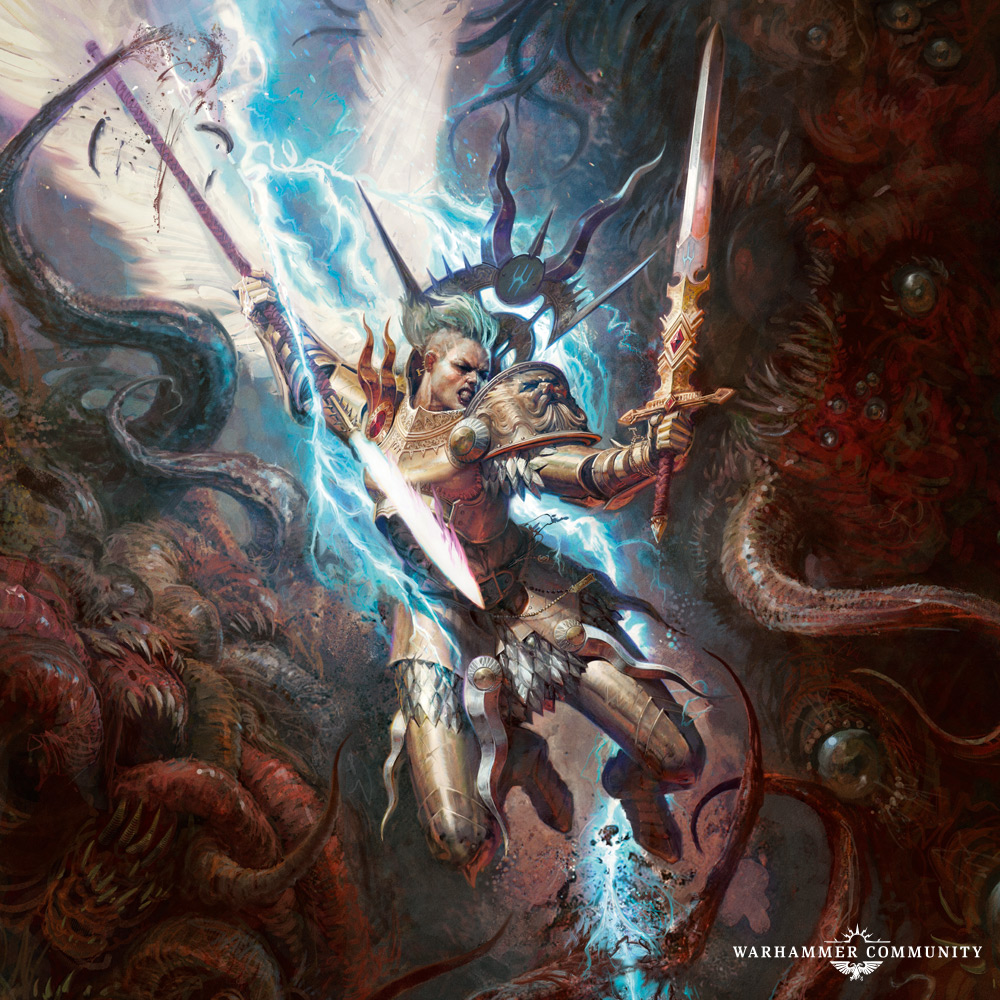 Nevertheless, the role of the Stormcast Eternals has changed in these desperate times. While once they would descend like a lightning bolt from a blue sky to strike where most needed, now they weather extended campaigns. Their mighty Stormkeeps are bonded more deeply to their host cities, and the Stormcast often travel and fight alongside Dawnbringer Crusades – great caravans of exploration, seeking to found new cities. We’ll have more to share about those soon. 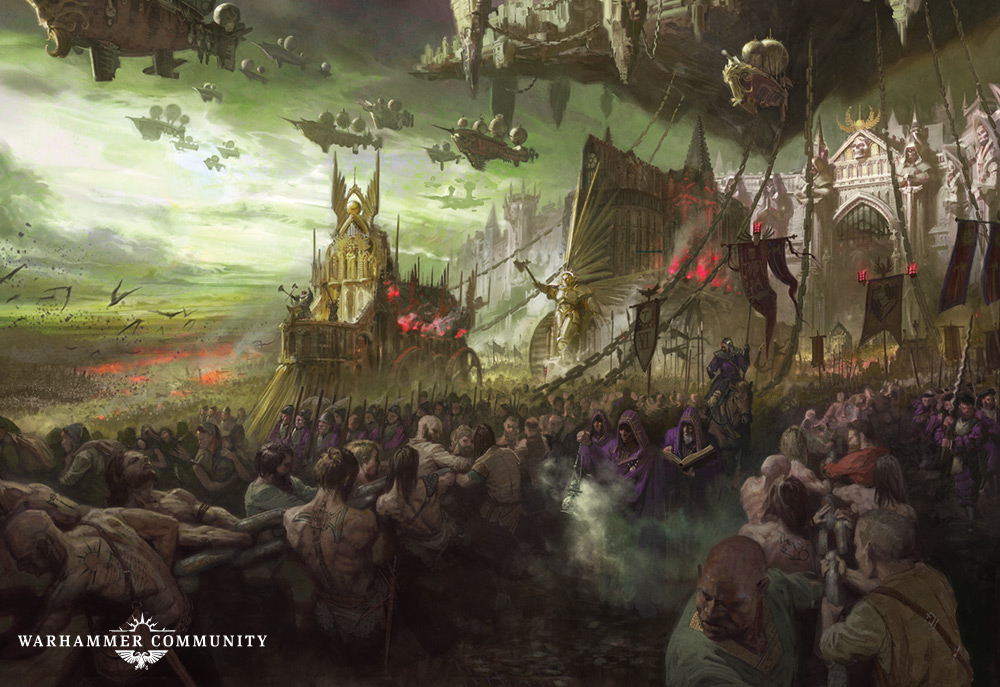 The Era of the Beast is where the new edition of Warhammer Age of Sigmar finds us, and you can take part in the opening struggles as Sigmar’s newest Stormcast Eternals or the cunning, sneaky Kruleboyz in Dominion (which might possibly be the greatest boxed set we’ve ever seen). Keep an eye on the Warhammer Community website for more information coming this week, as we take a closer look at everything you can expect when you begin your campaigns in Ghur.

As the New Edition Dawns, Where Does Each Grand Alliance Stand?

Get up to speed with the ongoing saga of the Mortal Realms before the new story begins.

The game’s designers explain how they created something “new, but familiar”.

Find out what next week holds in store for Blood Bowl, Warhammer Age of Sigmar, Warhammer+, and more.