Get a First Look Inside The Book of Rust

The war for the Charadon sector is almost upon us, and as much as the impending doom of countless worlds is probably a bad thing, we’re honestly rather excited. After all, it’s not every day that you get your hands on a book stuffed with this much… well, stuff (as those of you who caught November’s Warhammer Preview Online will know). Take a gander at all the things you can expect from War Zone Charadon Act 1: The Book of Rust. 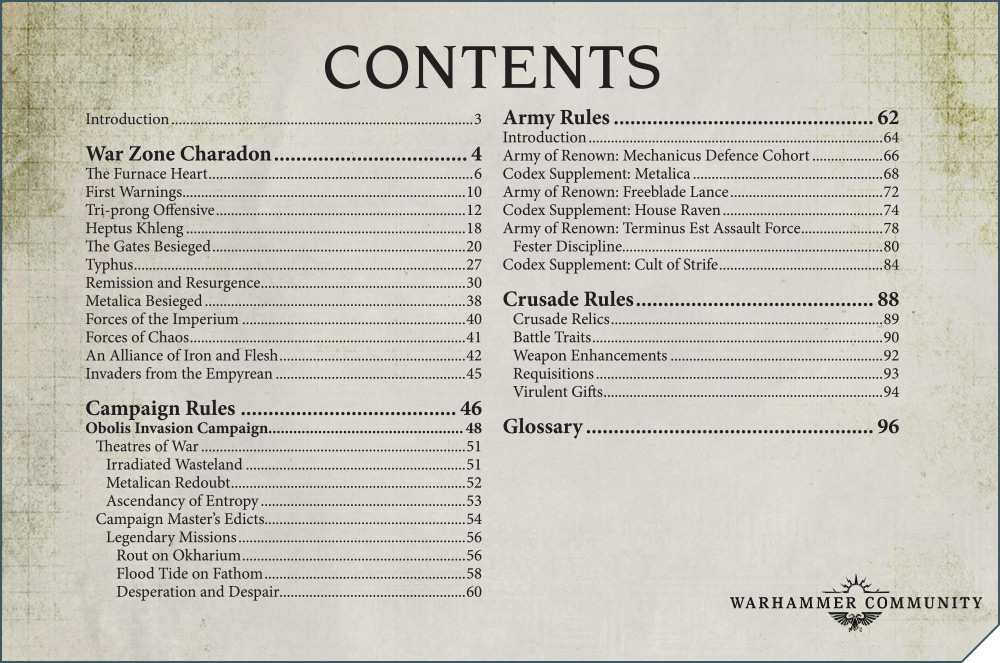 As you may have seen in issue 460 of White Dwarf, the First Captain of the Death Guard has a bone to pick with the Charadon sector. Follow the story of Typhus’ invasion and discover how it sets the Imperial defenders reeling, as the whole sector descends into anarchy with warring factions everywhere you look.

It’s no surprise that the Orks are getting stuck in, but the Drukhari too? It’s definitely not a good time to be a loyal Imperial citizen in the Charadon sector. 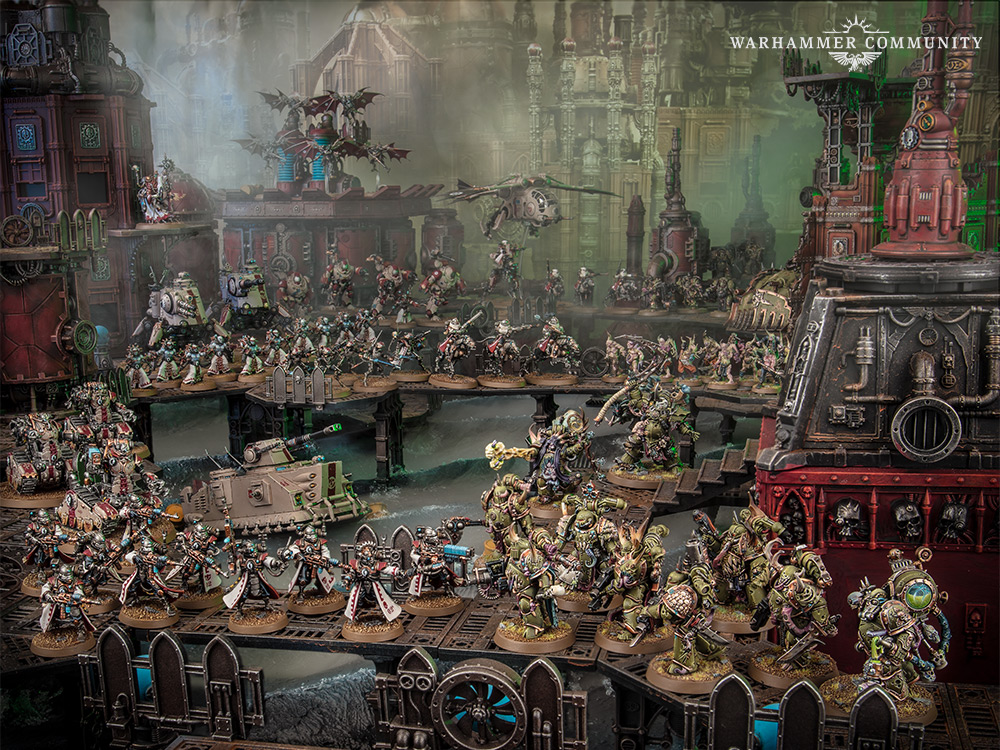 That’s not to say it’s all doom and gloom, though. Scores of Imperial Knights, Space Marines, and Adeptus Mechanicus legions are on hand to fight back, and they might even be receiving some unexpected aid of a distinctly grey and knightly variety. If you want to find out just who will be coming to give Charadon’s defenders a hand, you’ll have to get the book and give it a good read. 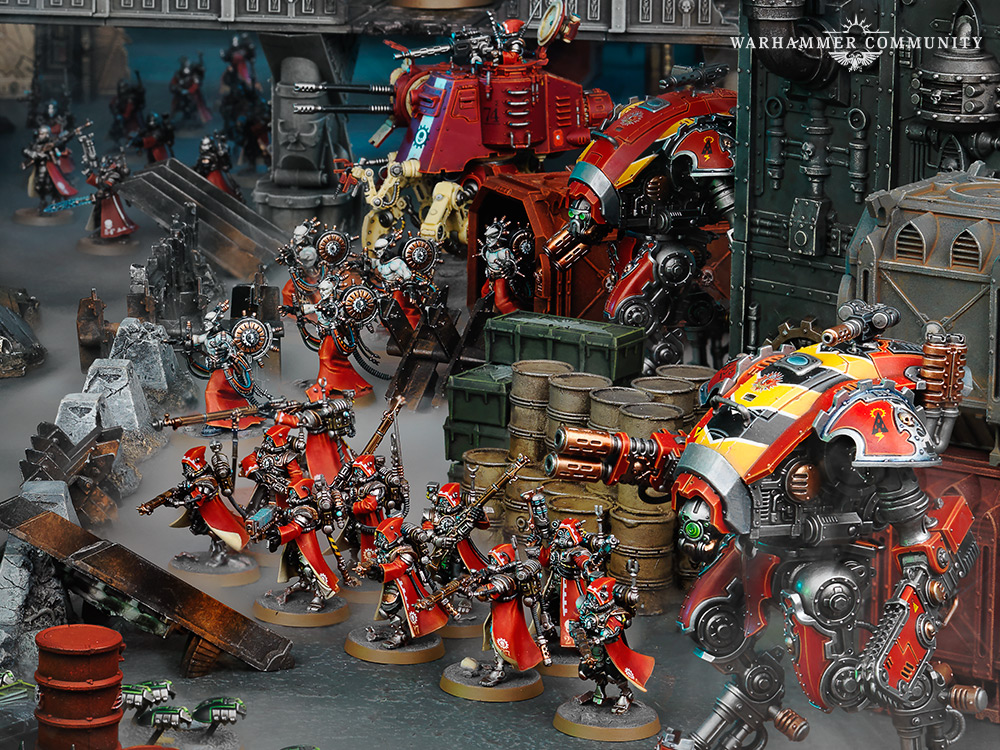 It’s all well and good reading about Typhus’ destructive campaign for the sector, but wouldn’t you like to play along too? Rules for running an Obolis Invasion Campaign let you play a series of connected games featuring any factions you could think of spread across three alliances: Defenders, Invaders, and Raiders.

Also included are rules for setting your games in a variety of strange and dangerous regions, such as plague-blighted battlefields and augmented areas riddled with the Machine Cult’s blessings. Combined with fortifications like the Death Guard’s Miasmic Malignifier and Sector Mechanicus terrain sets, you can create some wonderfully hellish places to fight in. 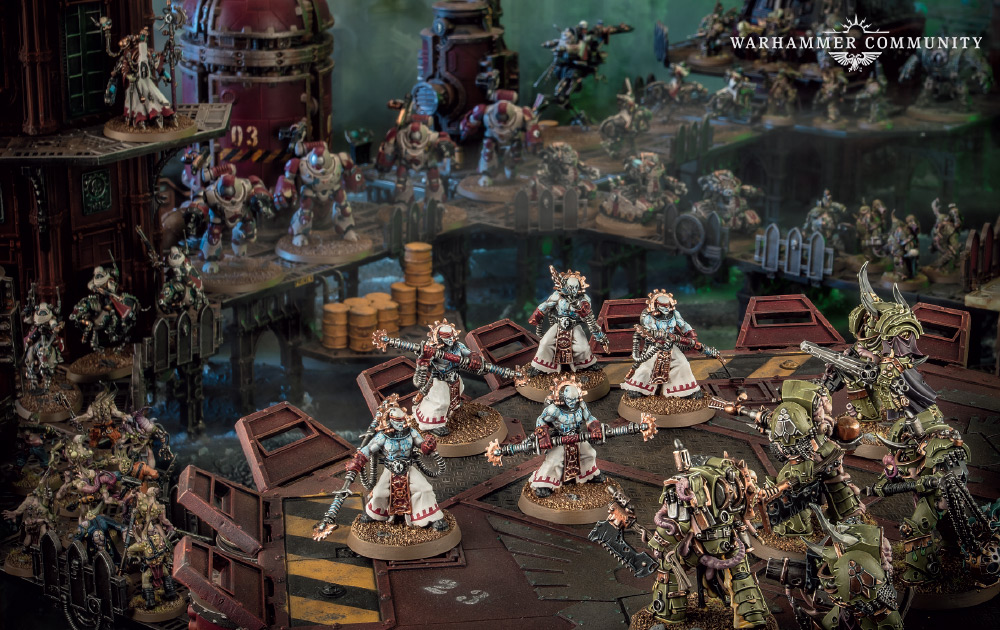 Have you ever wanted to field an entire Knight lance of Freeblades or a legion of the Cult Mechanicus’ unfeeling automatons? New rules for Armies of Renown allow you to create a themed force based on several key players of the Charadon campaign, each with its own benefits and restrictions. This offers a whole new way to build flavourful armies and score yourself some extra Relics, Warlord Traits, and Stratagems. 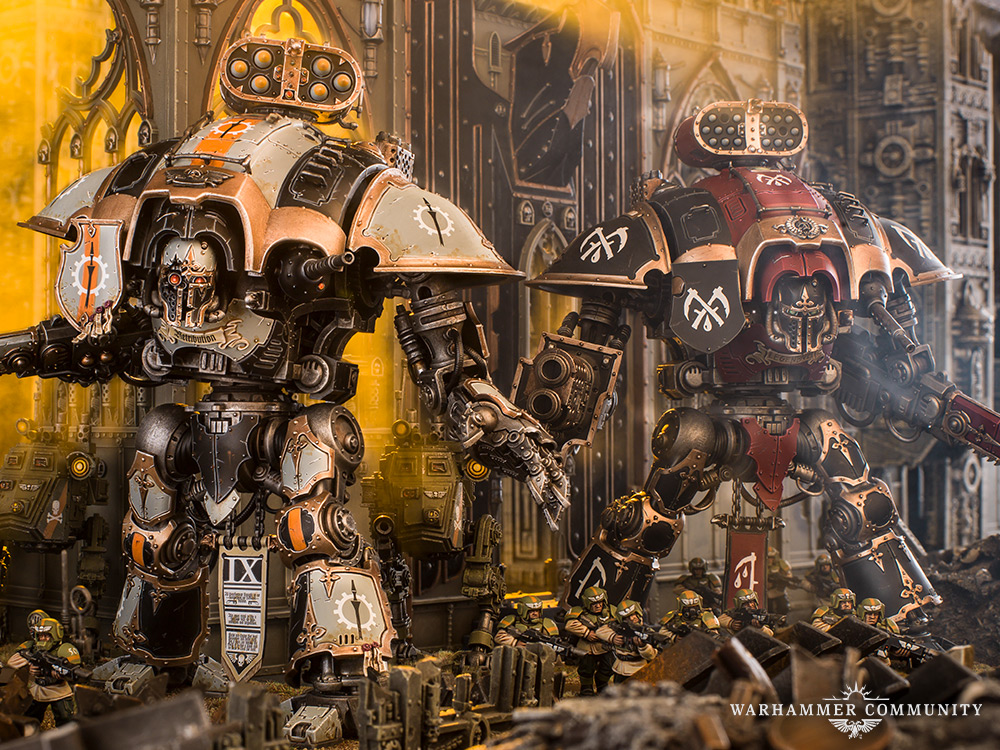 In addition to those rules, you’ll also find no less than three codex supplements for forge world Metalica, House Raven, and the Cult of Strife, giving you expanded and updated options that can be used with their regular codexes. 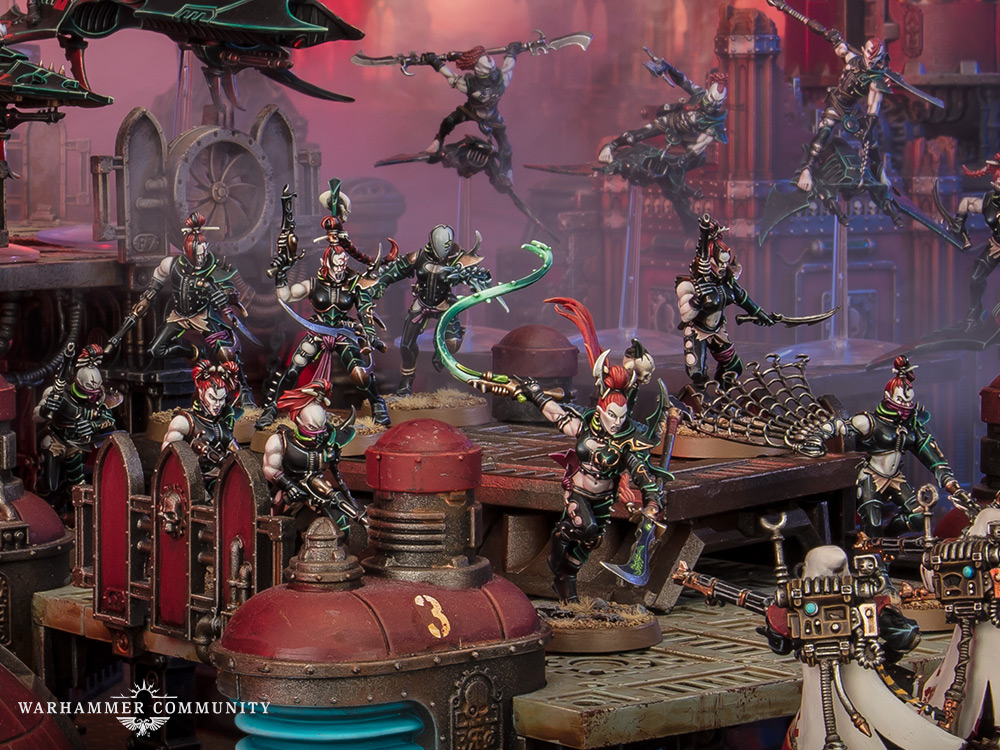 What’s better than playing your own Obolis Invasion Campaign? Having your Crusade army grow and learn from it, that’s what. By taking part in battles during one of these narrative campaigns, your units earn a special badge that bestows the Obolis Invasion keyword on them, unlocking access to a wide variety of thematic Battle Traits, Crusade Relics, and Weapon Enhancements.

Death Guard players will also be glad to know that Grandfather Nurgle has granted even more boons in the form of Virulent Gifts, an additional way to spend your Virulence points (aside from crafting custom plagues) on powerful one-use abilities. If you’ve ever found yourself thinking “this would be the perfect time for Lord Bloatpox to vomit all over those blasted Guardsmen,” then by golly, you’re in luck. 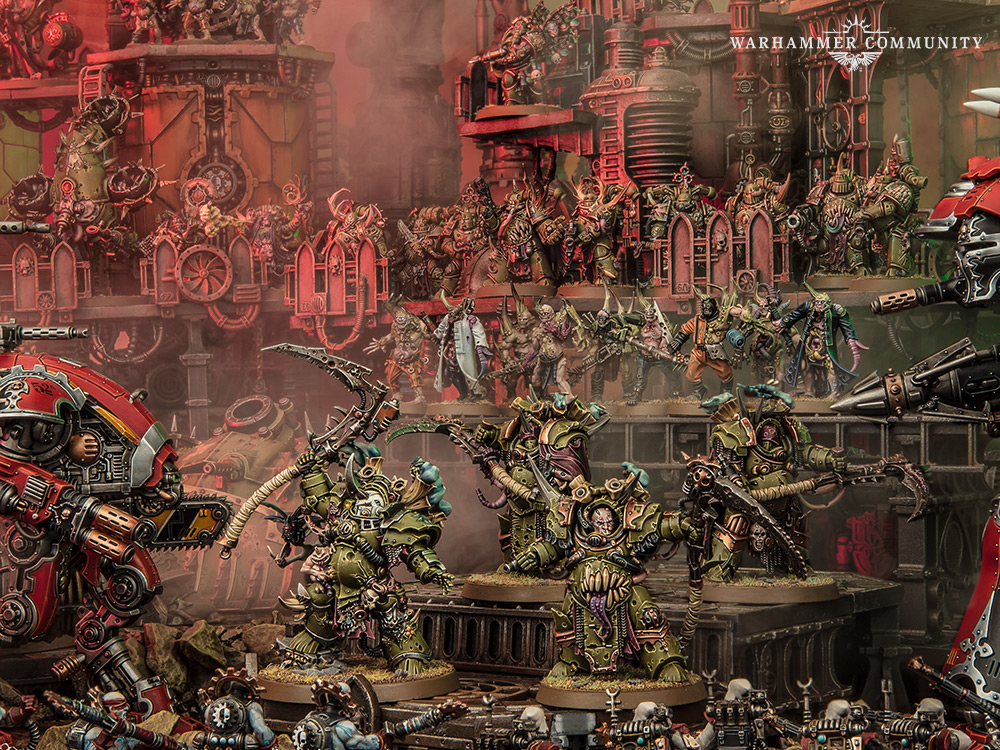 Frankly, there’s far too much stuffed into this book to fit it all in one article, so make sure you check back next week as we’ll be taking a closer look at the Armies of Renown. In the meantime, join us over on Facebook to let us know what you’re looking forward to in the opening act of War Zone Charadon.

Check out the new reinforcements for the Adeptus Astartes, including the valiant Bladeguard Veterans.

The Canticles of the Omnissiah from the new codex grant powerful army-wide boons.

There’s a new addition to your Space Marines army coming this Warhammer Day – find out all about Terminator Chaplain Tarentus.