The one alliance that turned prosperous Mournhold into the Cursed City

On Saturday, we revealed the full contents of the Warhammer Quest: Cursed City box. Today, we explore the mean streets of Ulfenkarn, the backdrop where these legendary tales take place. You didn’t think the city was this dismal and hopeless from the beginning, did you? Let’s find out how things got so bad.

A city in defiance of death

In the Age of Myth, three Azyrite dynasties – Houses Altern, Vossheim, and Gaunt – built a stronghold, deep in the heart of Shyish. The Ebon Citadel stood defiantly atop the harsh windswept island of Szargorond. Despite its surroundings, the area grew into a bustling metropolis under the unfaltering leadership of the noble lineages. This city was named Mournhold. 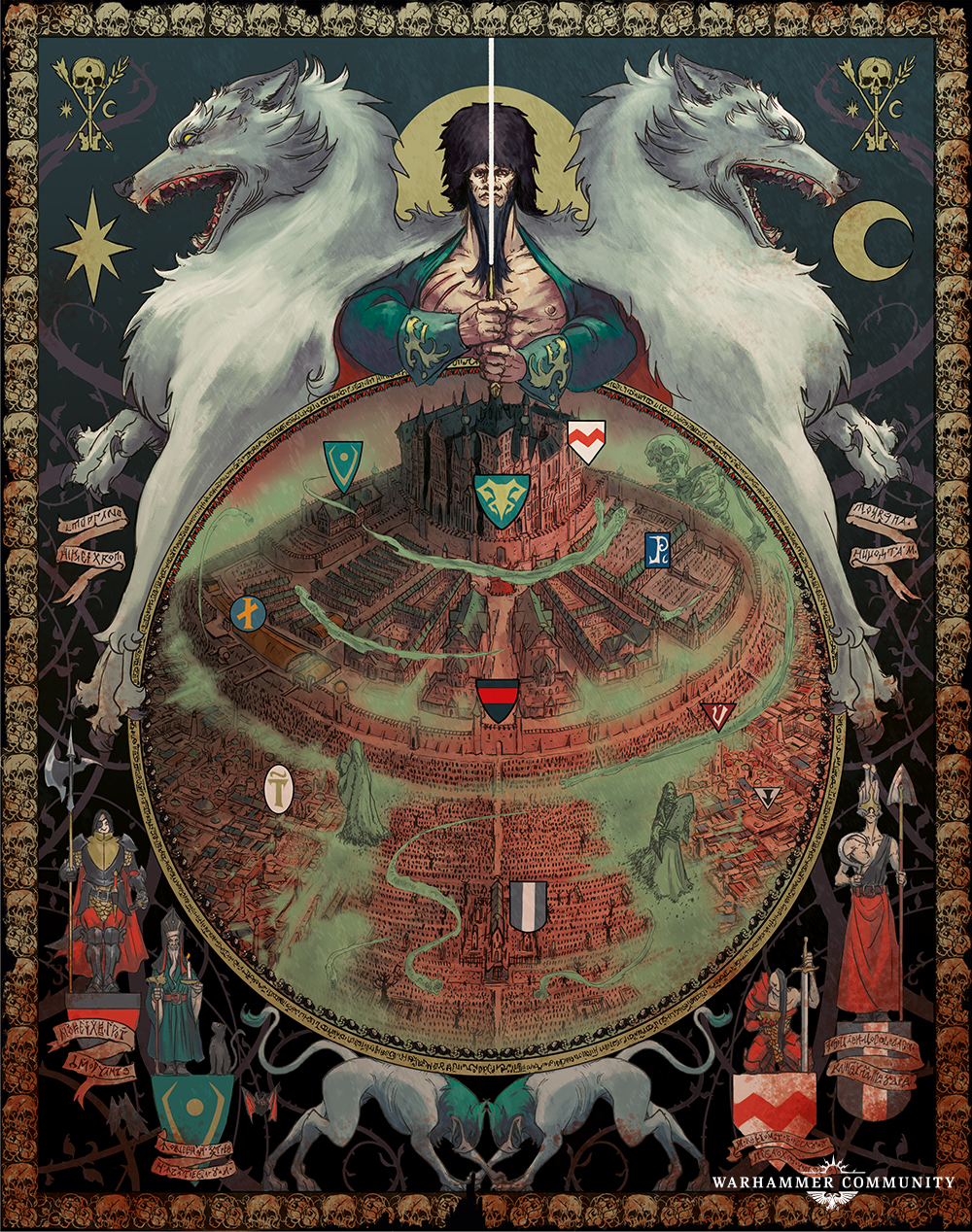 Check out the official website for an interactive version of this map.

The dawn of the Age of Chaos tested these proud rulers of Mournhold, as the city became the target of Slaughn the Ravener, a Daemon Prince in the service of the Blood God.

For years, the hordes of Chaos laid siege to the city, eroding the defences and sapping any hope of victory. This was the moment Radukar the Wolf arrived with his fleet, leading a company of Kosargi ogors in defence of the city.

Though whispers of the vampire’s foul reputation preceded him, he was nevertheless heralded as the saviour of the city. In return for defending the weakened stronghold from further attacks, he asked only for a place amongst the nobility and a willing offering of blood to slake his thirst. 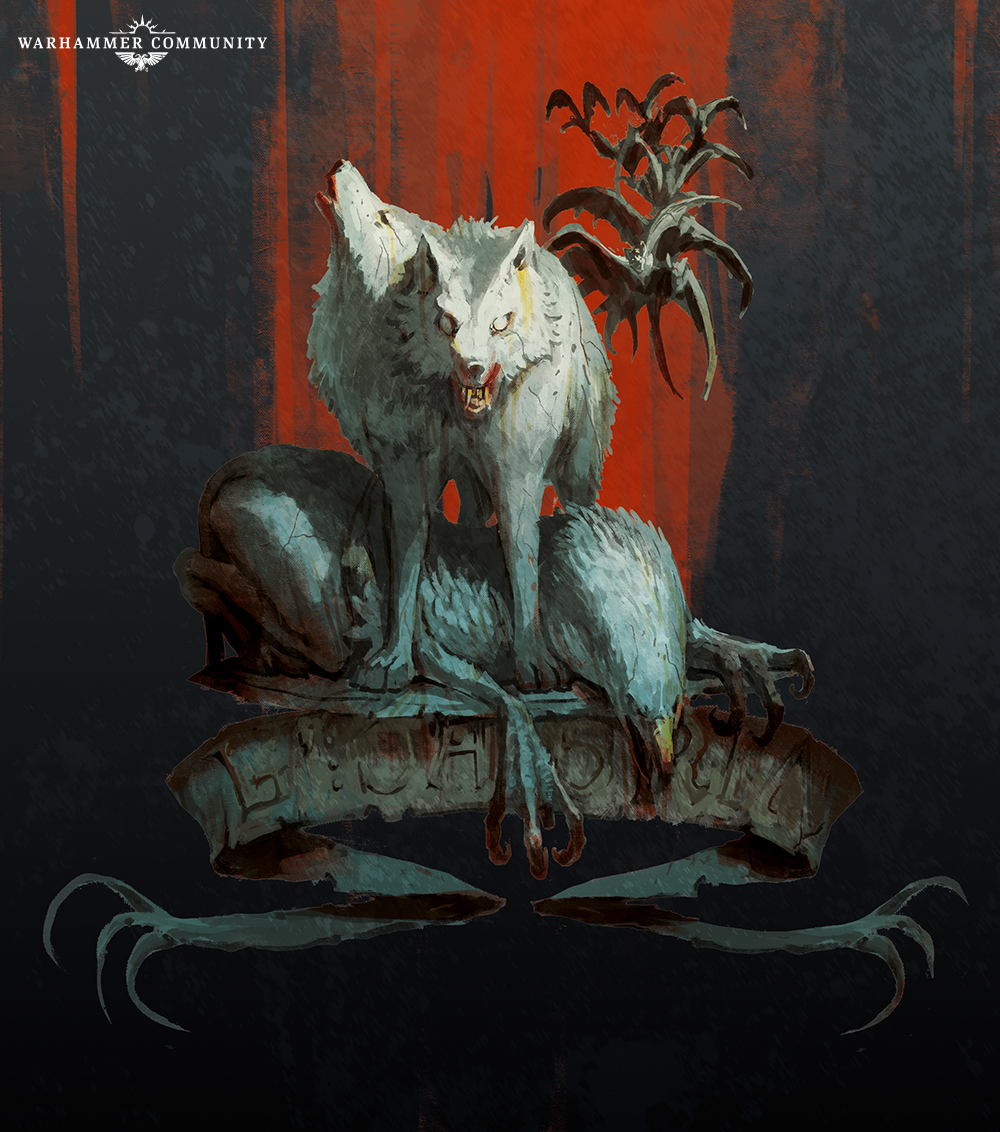 The two-headed wolf is a potent symbol of Radukar’s power.

The noble houses had little choice but to accept Radukar’s aid. And with that one alliance, Mournhold’s fate was sealed. The prosperous town would never again know peace. In the years to come, it was home only to terrors.

The descent into the Cursed City that Mournhold is known as now did not happen overnight. In the beginning, the vampire lord took up residence in the mighty Ebon Citadel and brooded mostly in the shadows. But what happened next is proof that you can never trust a vampire.

The balance of power was upended when the Great Necromancer Nagash created the Shyish Nadir. Where once the city had existed in the calm centre of the Realm of Death, now it teetered on the brink of a whirlwind of unimaginable energy.

In the blink of an eye, the city was plunged into infernal darkness, its very fabric unravelling in the maelstrom of power. Strengthened by the surge of necromantic magic, Radukar and his Thirsting Court swept across the city in a night of bloodshed, purging any mortals that might threaten his authority. 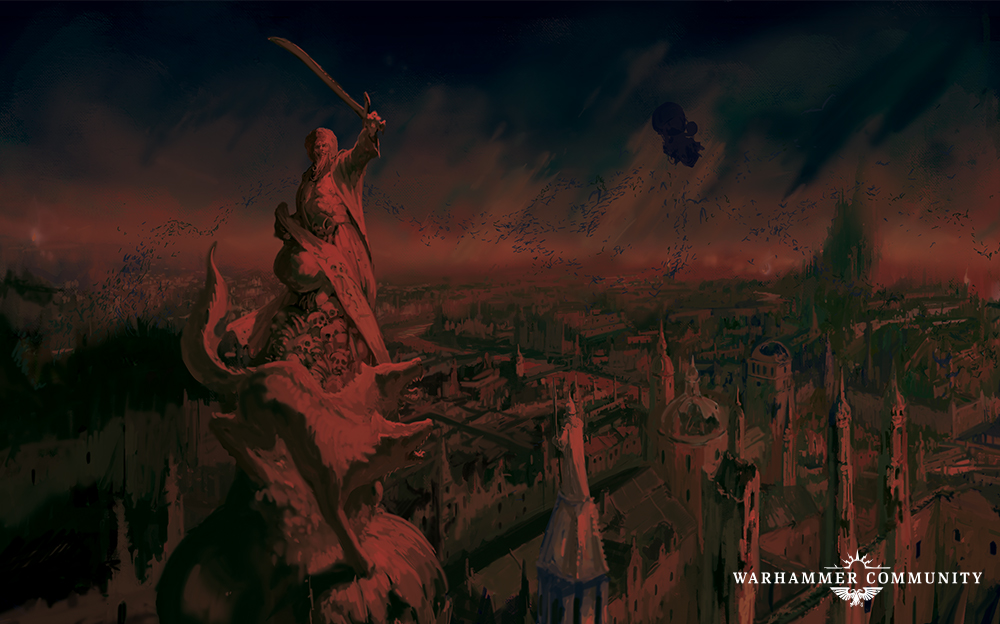 Ulfenkarn is a mere shadow of its former glory.

The noble dynasties were slaughtered before dawn, and only the most subservient and sycophantic were given the Blood Kiss to join the ranks of the Wolf. The people of the city were nothing more than a source of fresh vitae, and the once-proud city was renamed Ulfenkarn, the Wolf’s Feast.

With nobody left to oppose them, the vampiric overlords indulged in their every predatory urge. In the face of undead Kosargi ogors, Watch Captain Halgrim’s revenant Ulfenwatch, and the prowling progeny of Radukar’s vampiric bloodline, the city has become a place ruled by fear and shadow. 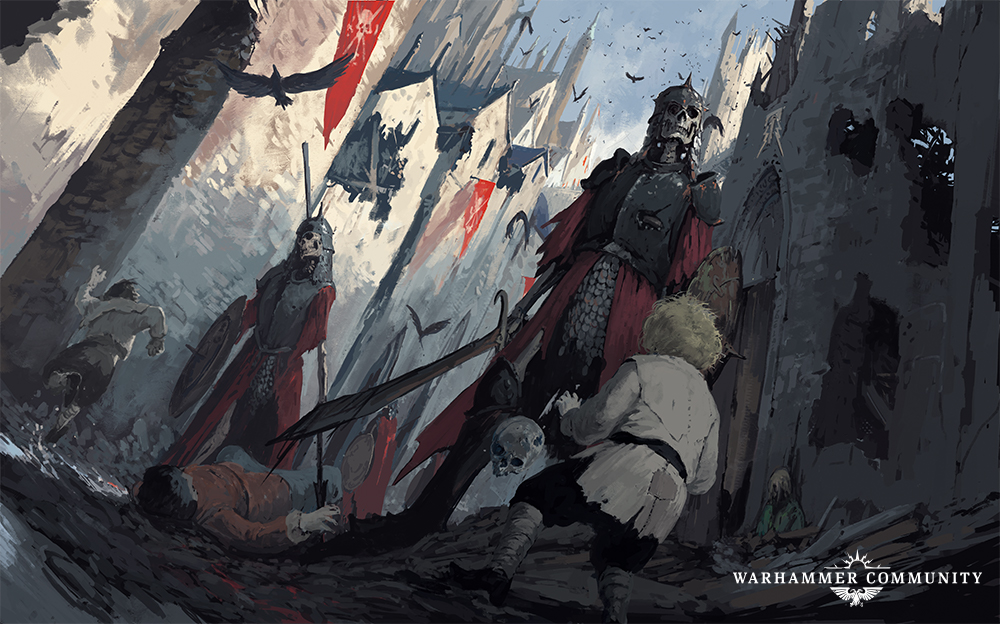 The citizens of Ulfenkarm live in fear of, well… pretty much everything.

The remaining mortal population of Ulfenkarn toils endlessly for their cruel masters. Life is worth less than nothing in this forlorn place. But still, some souls would risk their lives to save it. 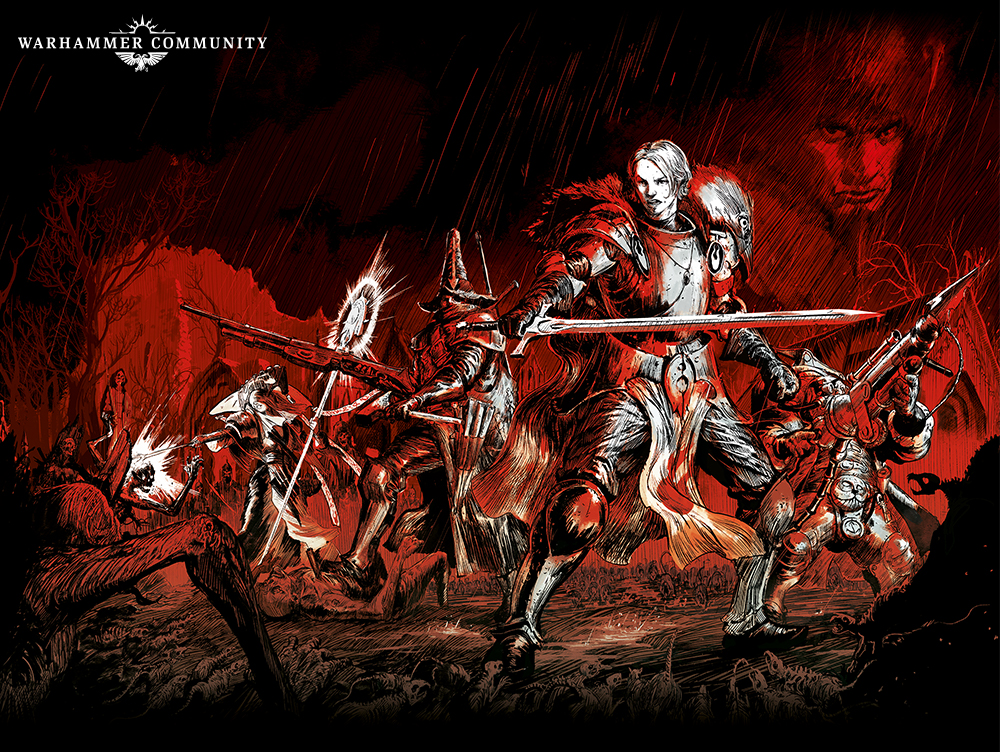 Each with their own motivations, a handful of heroes are willing to stand up to Radukar.

Radukar has amassed a long list of enemies over his many centuries. This disparate cast of rogues, outcasts, and cut-throats has banded together, determined to bring the Wolf’s reign of terror to an end and restore hope to the people.

Warhammer Quest: Cursed City will be here before you know it, so we hope you’ve been sharpening some wooden stakes. Everything that’s been revealed so far is on the website – take a look and start planning how you’ll take down this terrifying vampiric foe.

Check back often to see what’s new, and sign up for the newsletter while you’re at it to make sure you get the latest news sent straight to your inbox.

Want to save the Cursed City? You’ll have to go through Radukar the Wolf

Learn all about the undead ruler of Ulfenkarn in Warhammer Quest: Cursed City.

Find out about vampire hunter Jelsen Darrock and his mission to save the cursed city of Ulfenkarn.

Check out the first instalment in our series of weekly miniature reveals.