Ardacon 2021 – New Witch-king™, Huge Terrain Kits, and the Future of the War of the Ring™

ArdaCon is the largest annual gathering for fans of the Middle-earth Strategy Battle Game in the world. As a treat for the faithful fans who attend, the Middle-earth team joins the devoted throng every year to present a special seminar revealing some of the awesome new supplements and miniatures that are on their way.

ArdaCon 2021 was no exception, and the Middle-earth team have just finished their presentation. Luckily, we’ve had a sneak peek at what they revealed in the seminar, so we can share all the news with you now! 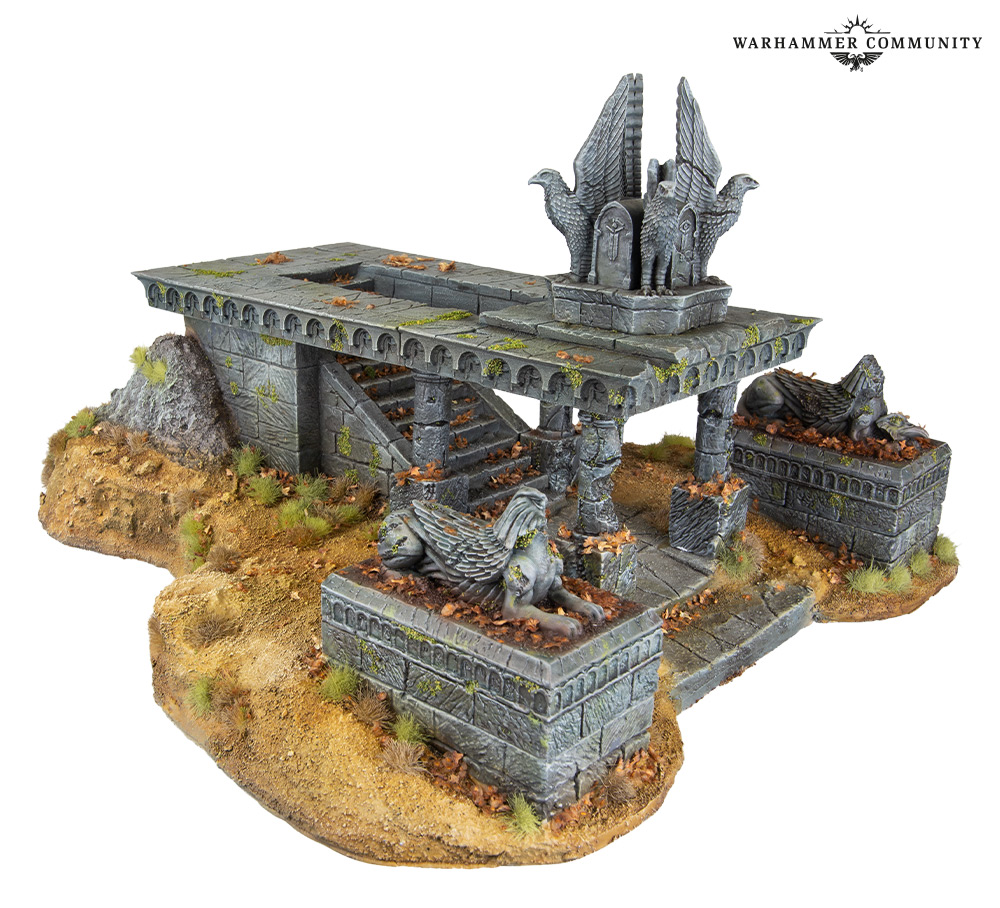 Remember the scene in The Fellowship of The Ring™,* where Aragorn took on AN ENTIRE WARBAND OF URUK-HAI? Not only was it a next-level act of heroism, it bought Frodo time to escape their clutches (alas, not poor Merry and Pippin, though). Well, the skirmish took place around the Seat of Seeing, atop the summit of Amon Hen. 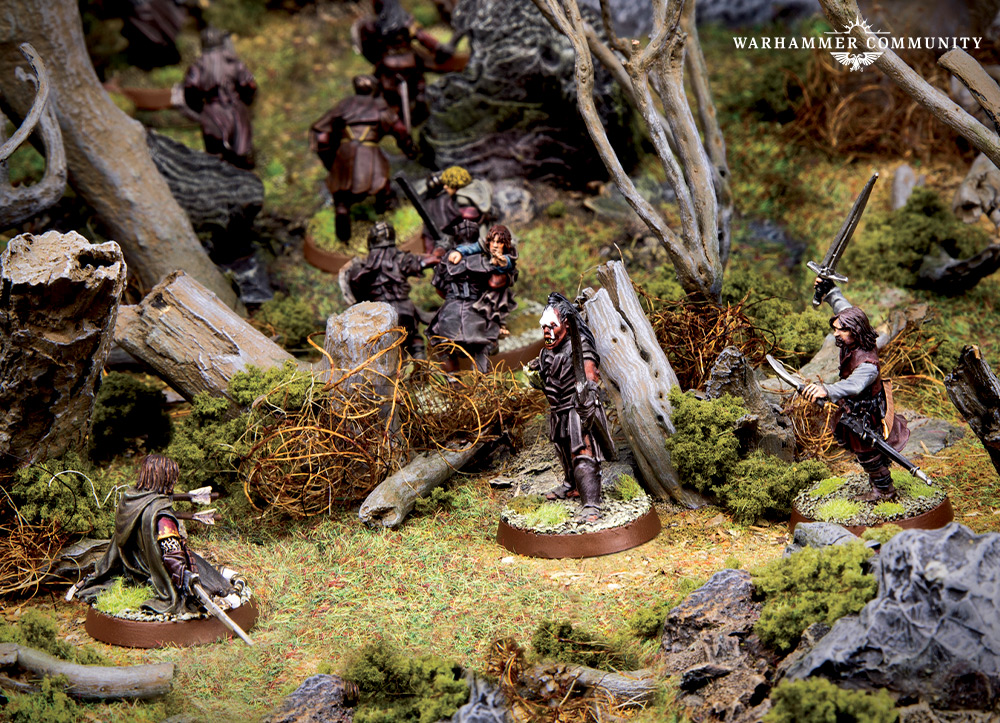 This enchanted throne and dais was built by the great kings of old – Aragorn’s Númenórean ancestors – and enables anyone who sits atop it to perceive impossible distances. A handy trick when it comes to defending your borders.

This incredible kit will bring new life to your battlefields. It will be available later this year, so keep your eye out for it, Sauron-style.

Speaking of the great kings of old, this guy was a king, and he’s definitely very old. Great? Not so much – unless, of course, you have megalomaniacal plans for world dominion and are looking for a suitably fiendish servant to do your evil bidding. In which case, you need the new Witch-king of Angmar. 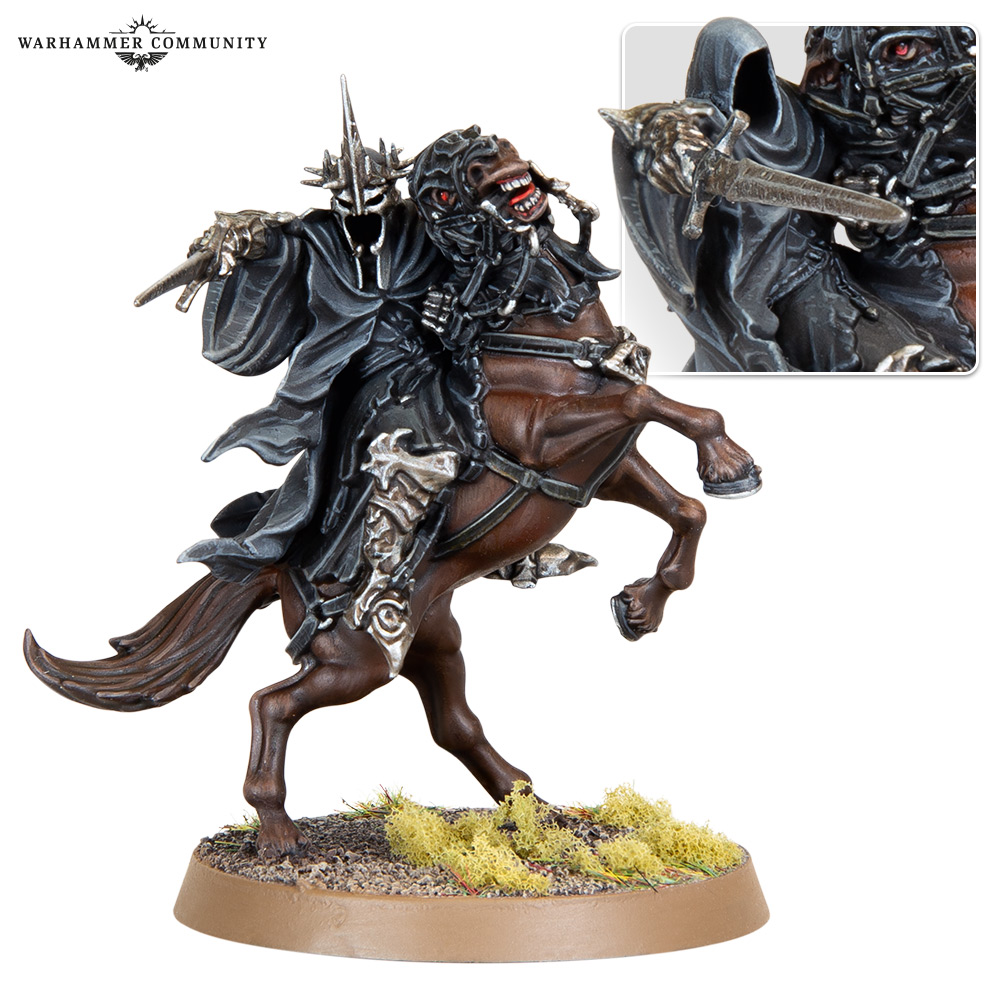 Like the other multipart plastic Hero kits before him, the new Witch-king miniature can be assembled with a number of different wargear options. If, for example, you want to represent him as the supreme commander of Sauron’s armies, rather than in his guise as one of the Black Riders, you can build him with his iconic Morgul Crown both on foot and on horseback. 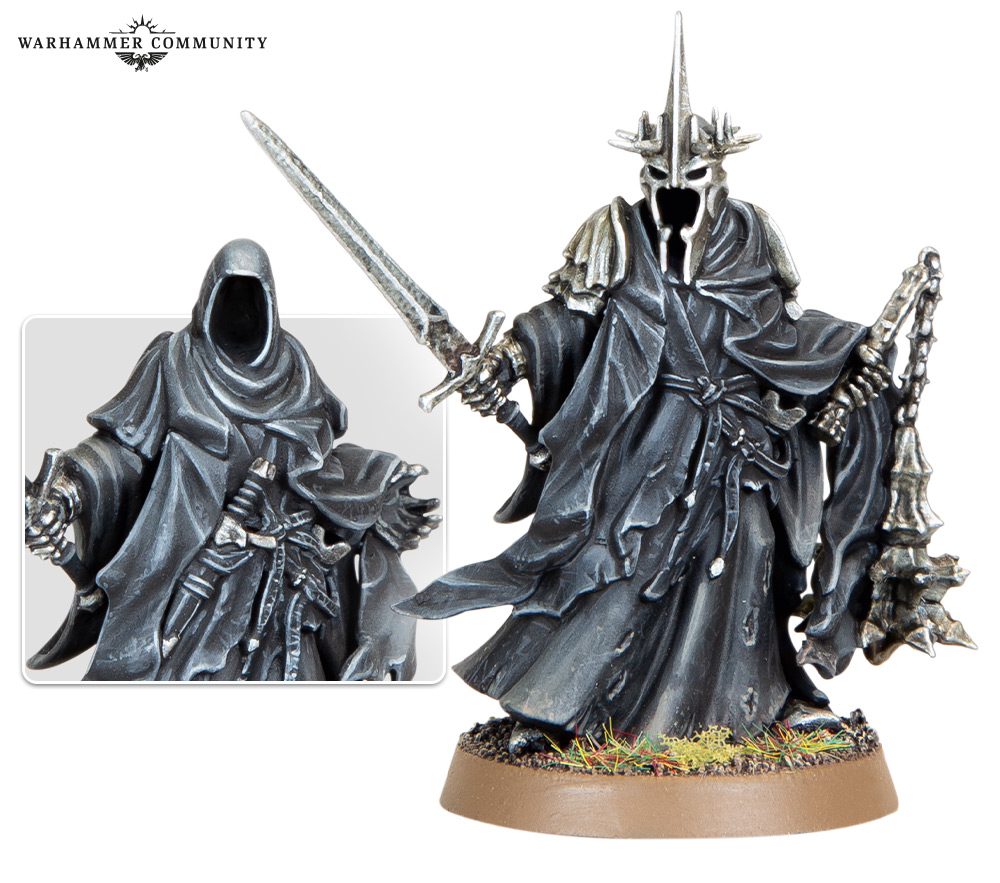 The model on foot can also be assembled with the massive flail that the Witch-king wielded to brutal effect against Éowyn in the Battle of Pelennor Fields, and you can even attach the dread Morgul blade he used to stab Frodo at Weathertop to his hip.

Next up is a supplement for the Strategy Battle Game that sees the rise and eventual fall of the Necromancer. 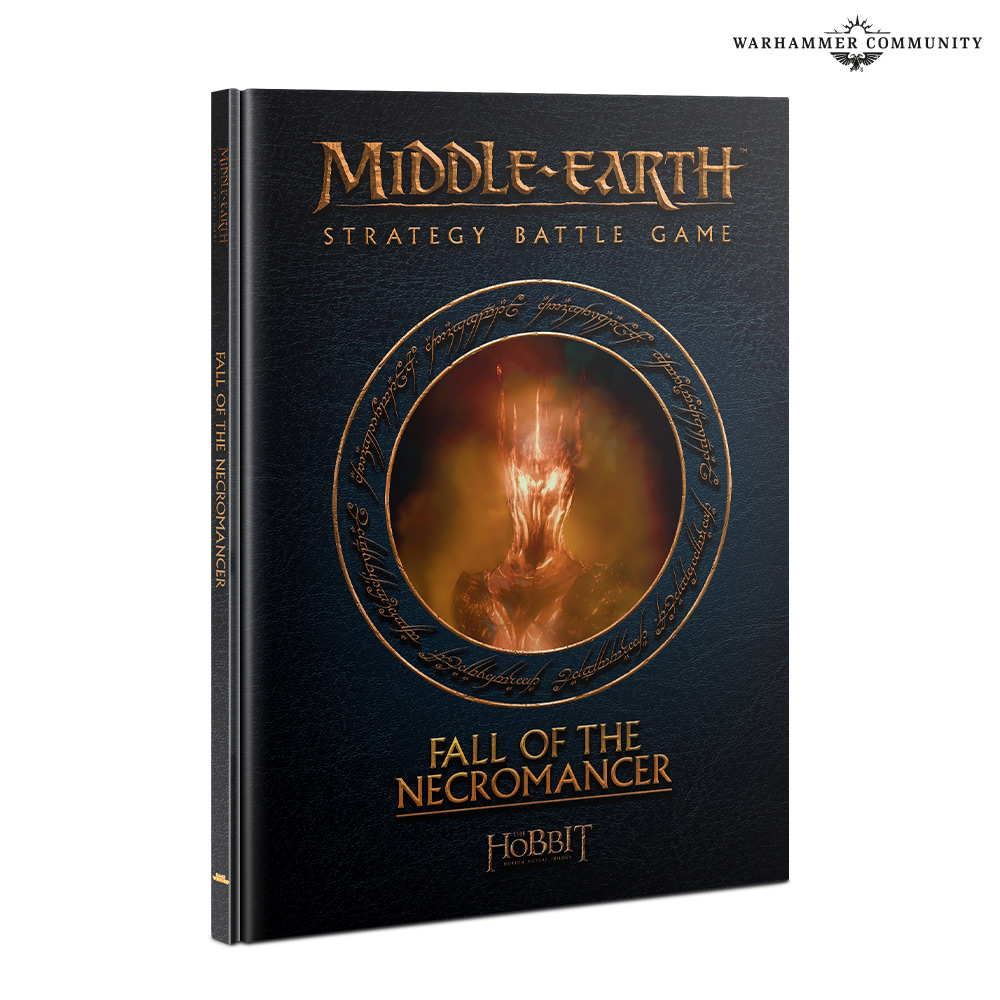 During the Third Age of Middle-earth, the Necromancer established the stronghold of Dol Guldur in southern Greenwood, intent on spreading his evil influence over the lands of the north in secret by disguising his true identity. As his power grew, the forest itself grew sick with corruption, eventually becoming known as Mirkwood, and even the Wood Elves of Thranduil rarely ventured far from their halls in the north.

Sauron was eventually banished by the White Council, and fled back to Mordor to recover his strength, though not before he had wrought much ruin on the world. 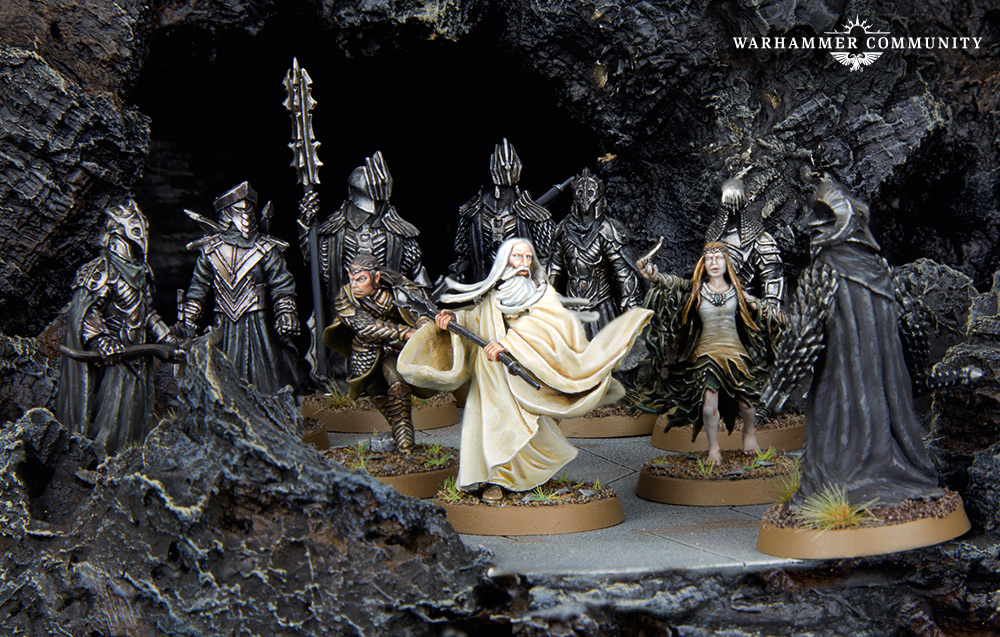 As with all the narrative-driven supplements we’ve seen so far, such as the Scouring of the Shire and Gondor at War, you can expect to be taken on a journey through some of the key events that took place during that period. Over the course of 13 Narrative Play scenarios (which can be linked together into a linear campaign), you can relive pivotal moments, from the Founding of Dol Guldur all the way through to the Fall of the Necromancer.

There are also four new Legendary Legions inspired by the narrative that will enable you to field specific armies based upon the mighty heroes and dread villains that took part in the fighting – including the Vanquishers of the Necromancer and the Pits of Dol Guldur.

But in order to do justice to your battlefields when it comes to playing these scenarios, you’ll want more than a few copses strewn with spider webs, right? What you need are some ancient ruins to represent the cursed walls and dungeons of Dol Guldur. More specifically, what you need are the Ruins of Dol Guldur!

This fully modular plastic kit can be assembled in any number of ways, and even combined together to create large, imposing structures.** 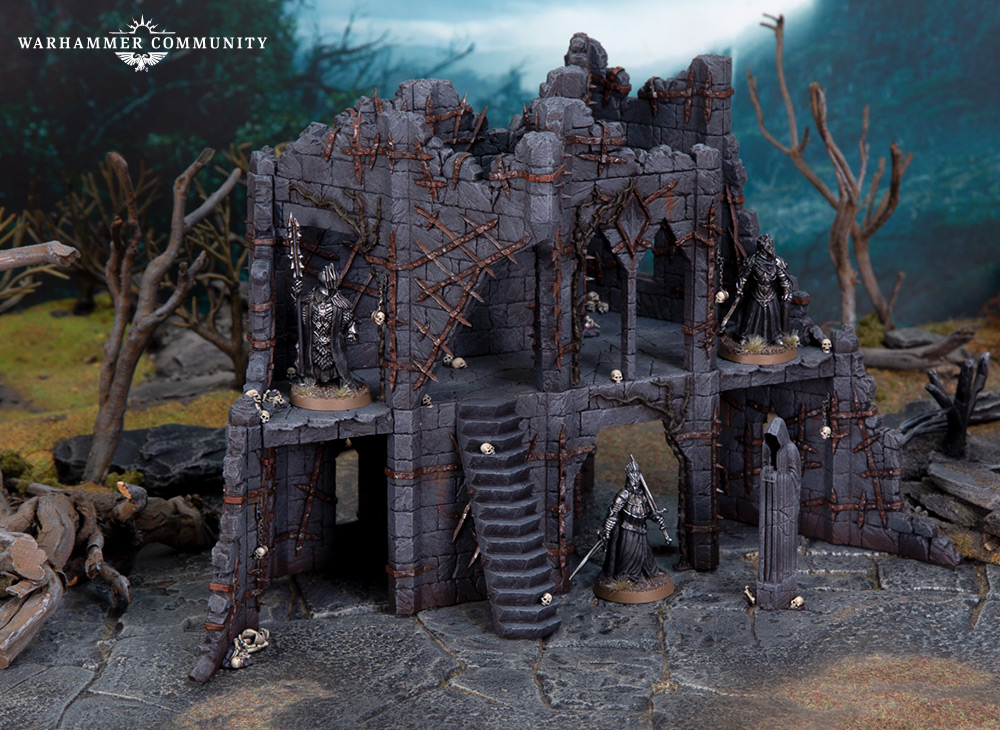 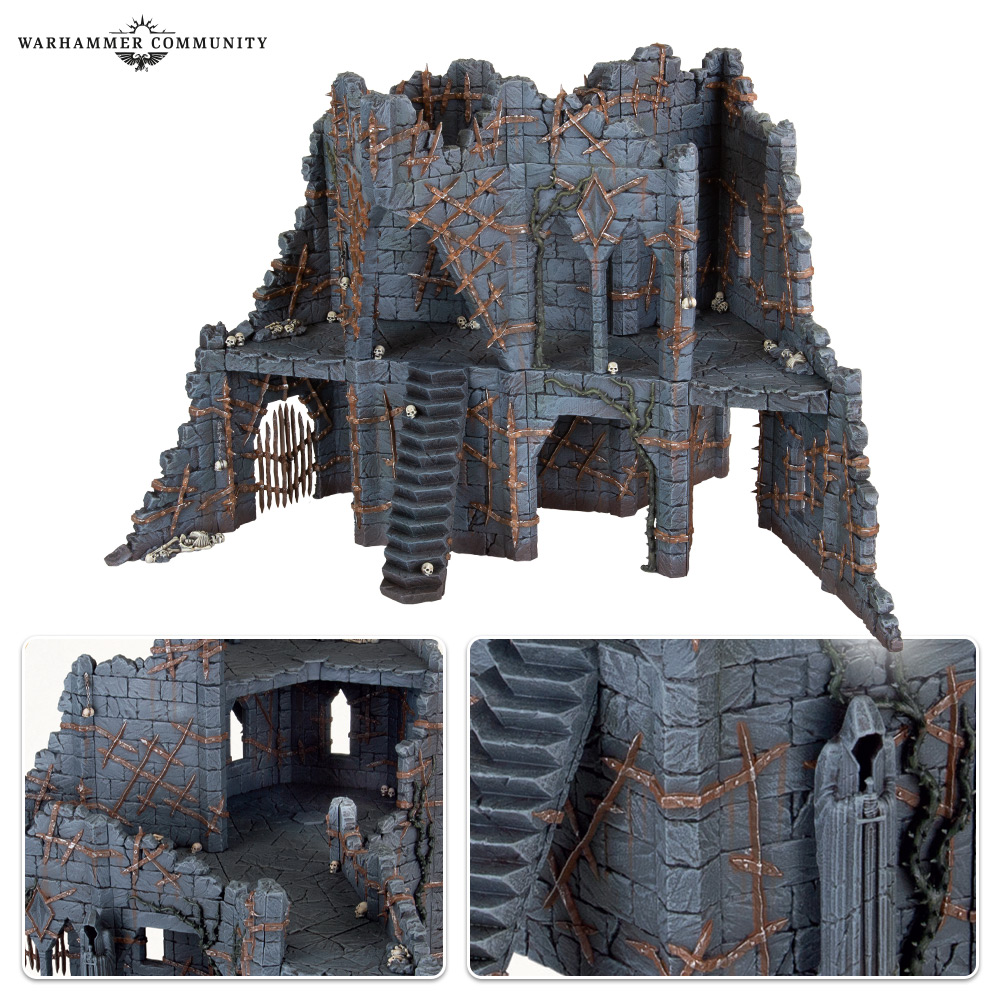 Believe it or not, that’s not even all. The lucky folks who attended the preview seminar were treated to one last peek into the Palantír with this final treat – the next narrative expansion AFTER the Fall of the Necromancer… 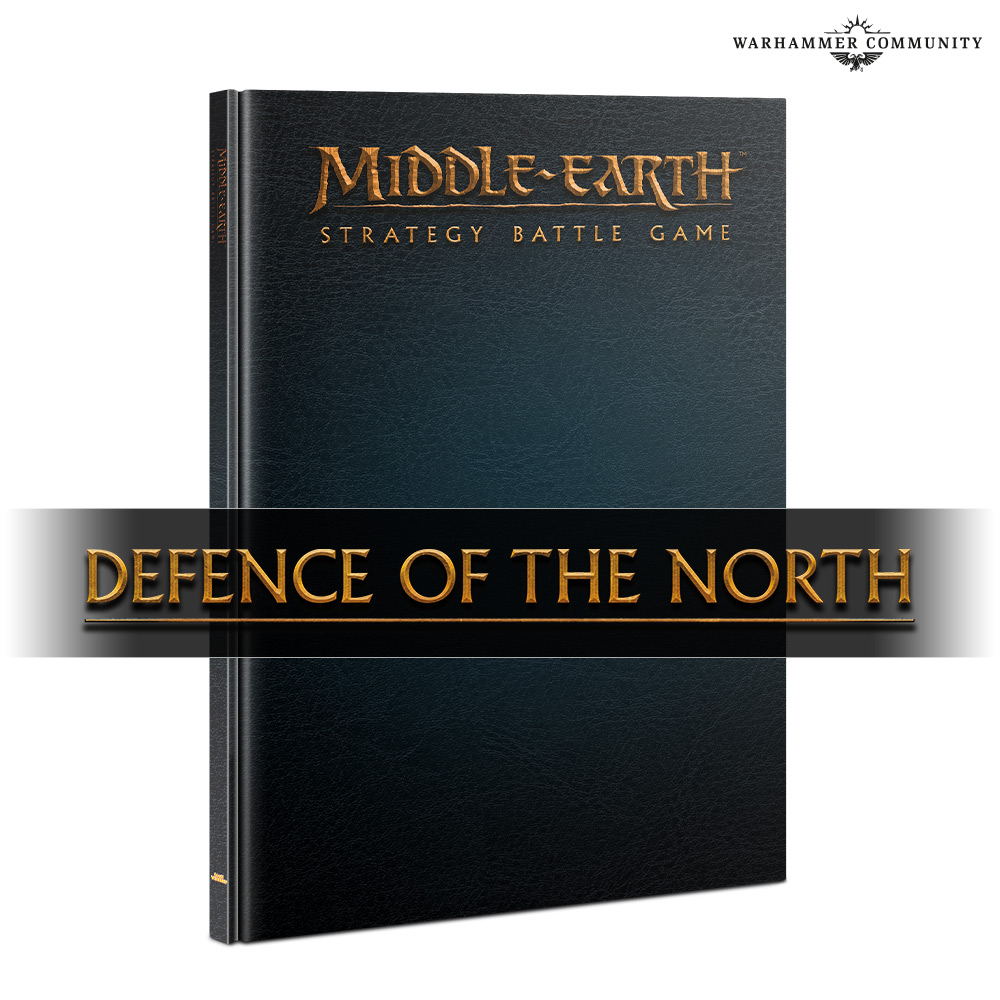 The War of the Ring™ is officially travelling north at last!

If ever you’ve been thinking about mustering an army of Dwarves led by King Dáin Ironfoot and Thorin Stonehelm, alongside an army of Men of Dale under the command of King Brand and Bard II, now’s definitely the time to start. 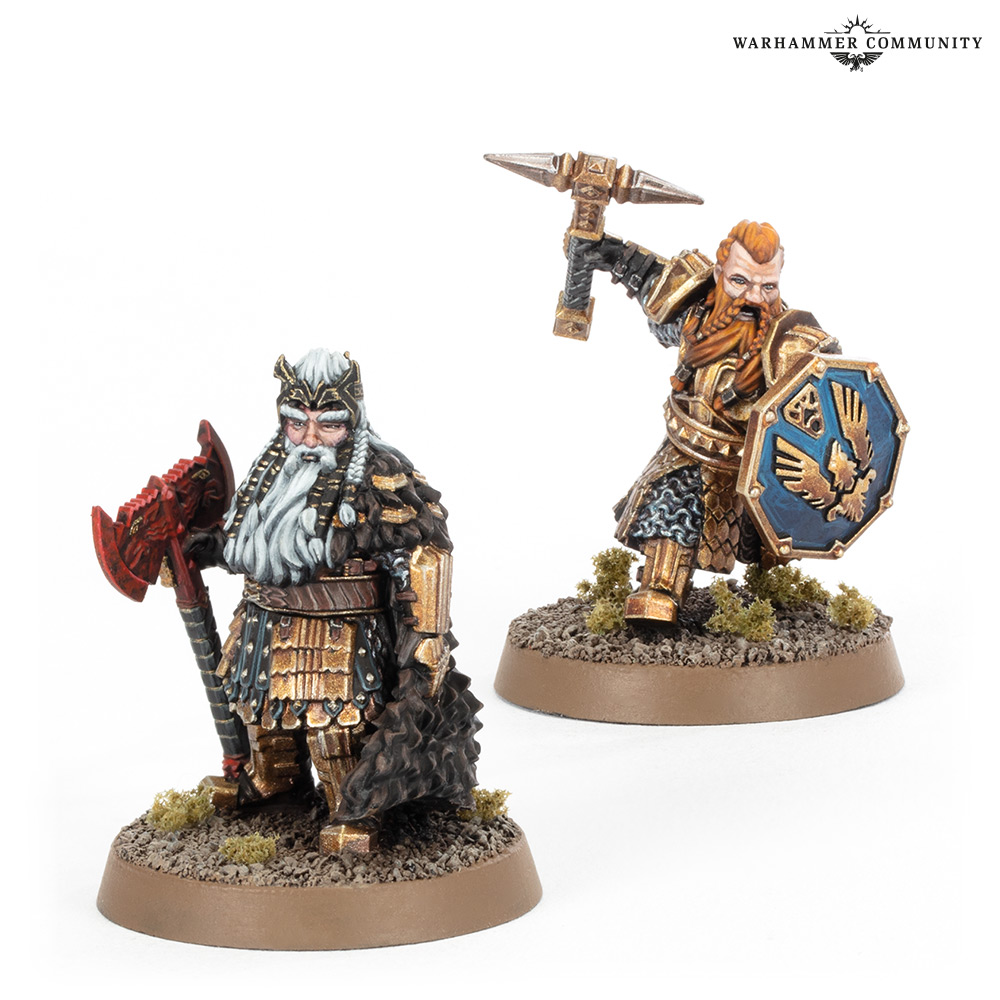 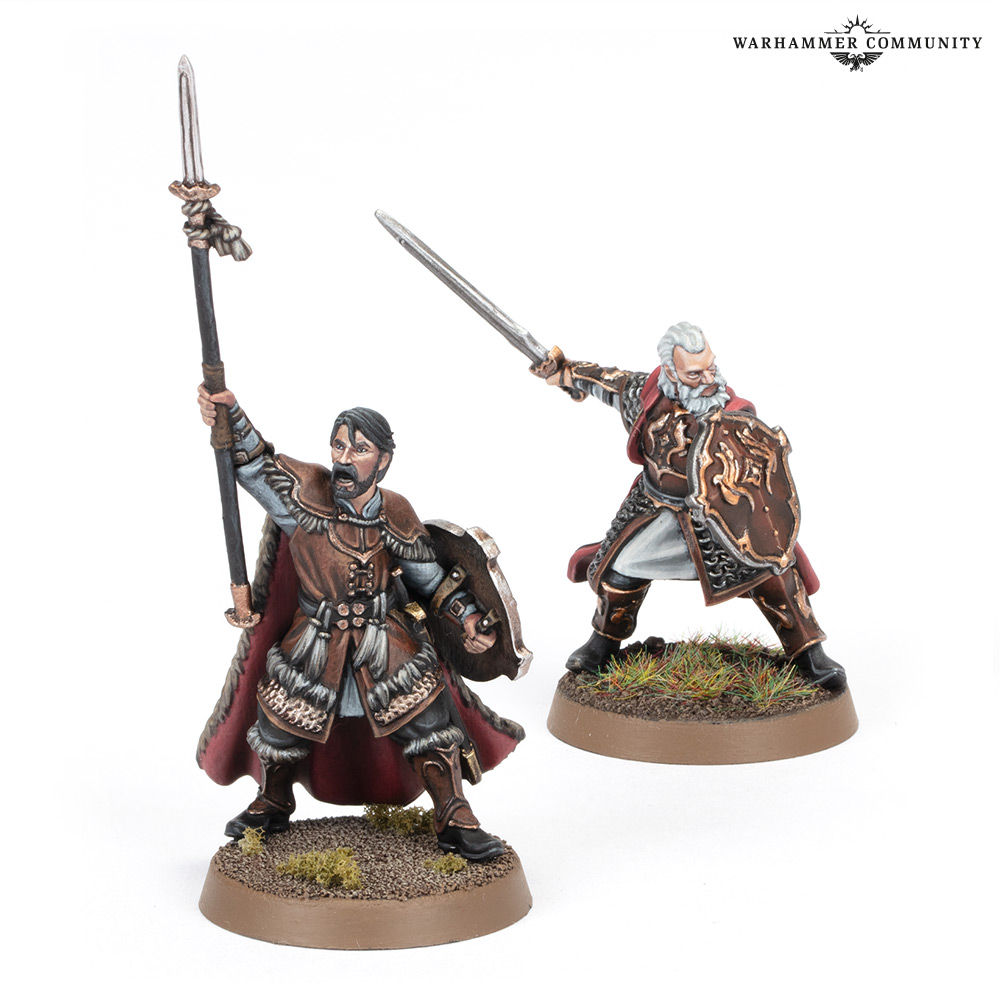 All of these releases and more are on their way over the coming months for the Middle-earth Strategy Battle Game, so, in the absence of your own Seat of Seeing, make sure you check back regularly on Warhammer Community for all the latest news.

* It’s crazy to think that Peter Jackson’s seminal film, and the original edition of the Strategy Battle Game based upon it, are 20 years old in December, having been released at that time way back in 2001.

How Do You Create a Supplement Worthy of the Dark Lord™? The Game’s Designer Tells All

Delve into the Fall of the Necromancer book for the Middle-earth Strategy Battle Game with an interview with the designer.

Check out the latest releases that are coming soon to the Middle-earth Strategy Battle Game.

Check out this showcase of some of the mightiest warriors and dread villains of the Middle-earth Strategy Battle Game, painted by YOU, the community!