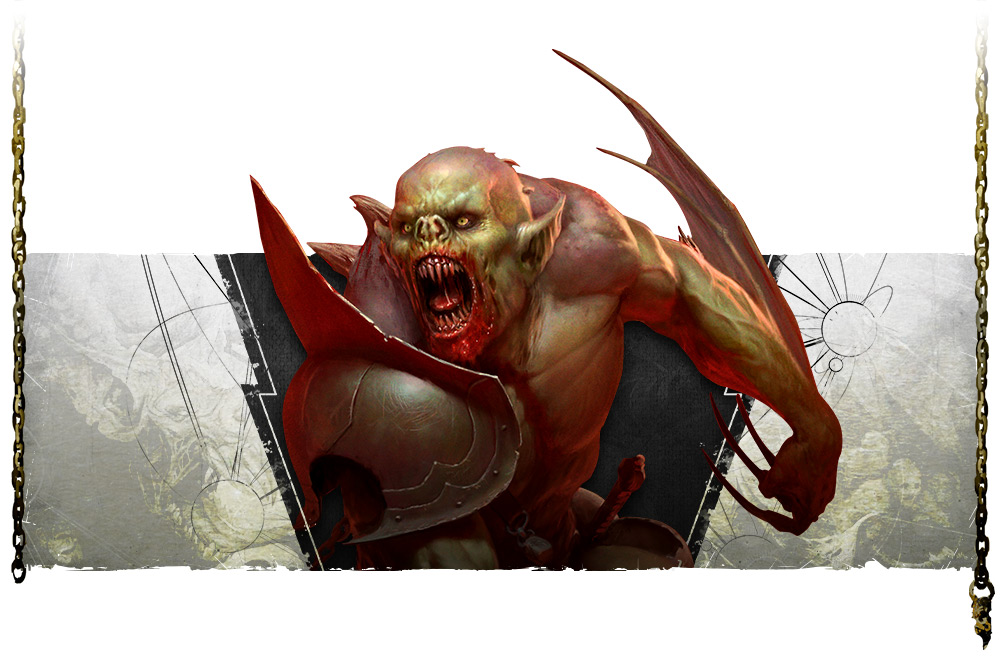 Wash your hands and grab your finest silverware – we’re about to tuck into an analysis of the Flesh-eater Courts in the new edition of Warhammer Age of Sigmar. If you’ve always daydreamed of riding to war in a gleaming suit of armour, bearing your true love’s favour around your lance, and proving that knightly virtue can overcome any obstacle, then believe it or not, you’re in the right place. 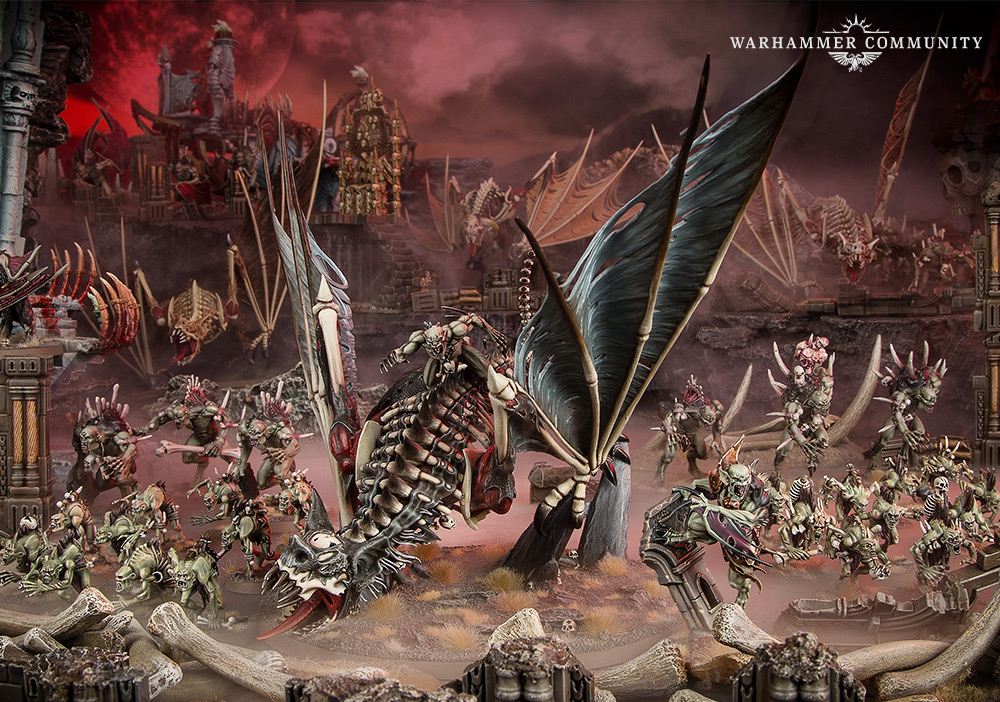 Over the course of this series, we’ve been looking into how the new edition of Warhammer Age of Sigmar affects every faction, and today it’s the turn of the ghoulish Flesh-eater Courts. Whether you’re new to this cruelly deranged faction or are well accustomed to their madness, this is the place to learn more about their future on the battlefield in the new edition.

First of all, let’s remind ourselves of the strange curse that besets the Flesh-eater Courts and dictates every aspect of their ‘culture’.

Who Are the Flesh-eater Courts?

Put simply, Ghoul Kings are mad as a box of frogs. Despite being immortal, vampiric beings of incredible power, their bloodline suffers from a strange curse that blinds them utterly to reality. Rather than being troglodytic, bestial creatures who make their lairs in dishevelled crypts and ancient ruins, they believe themselves to be imperious kings of old, who rule over glorious empires from, majestic, towering castles. Alas. 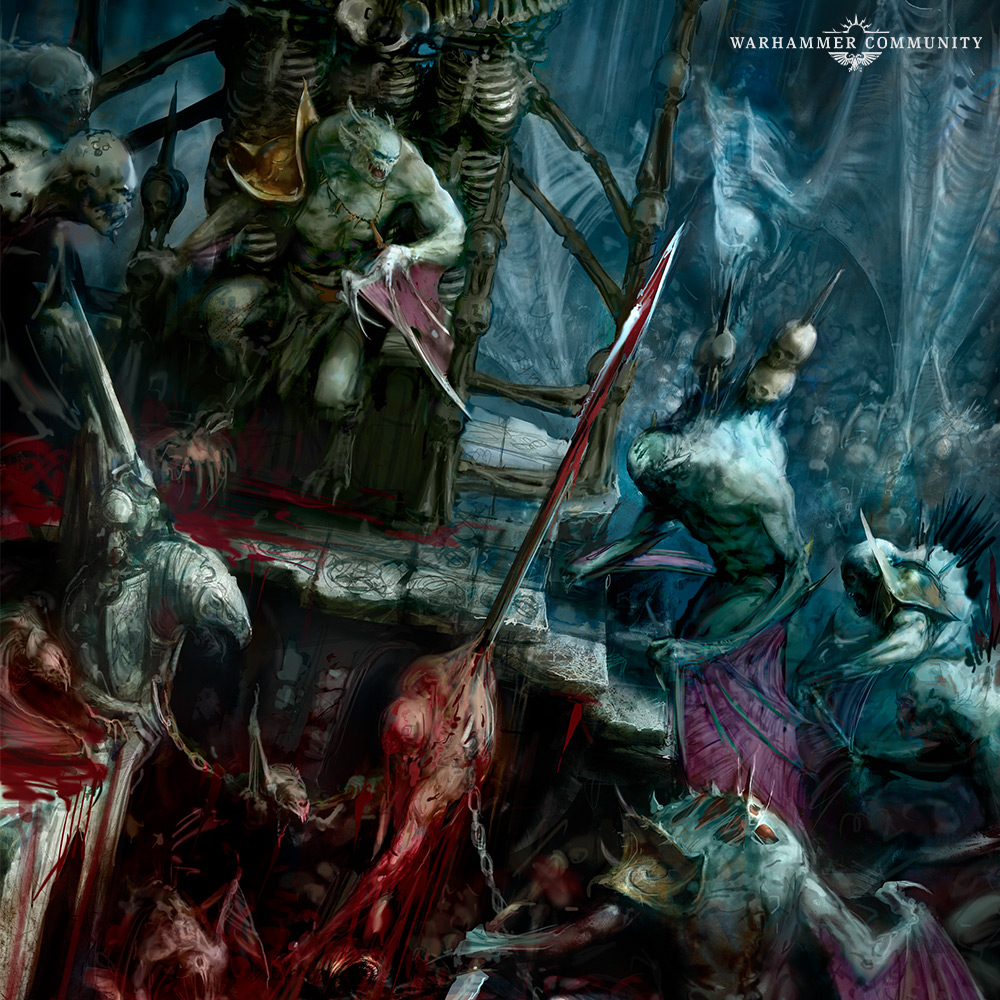 In truth, the ‘knightly’ armies of these Abhorrent lords are filled with ravenous Ghouls and hulking Crypt Horrors who inadvertently share their master’s insane affliction. When a battle is won, they join their regal monarch in great feasting halls to celebrate with the finest culinary delights of the kingdom. In reality, of course, they are likely gathered in a lightless cavern, hungrily tearing apart the corpses of the recently slain with their bare hands and wolfing down chunks of raw flesh. 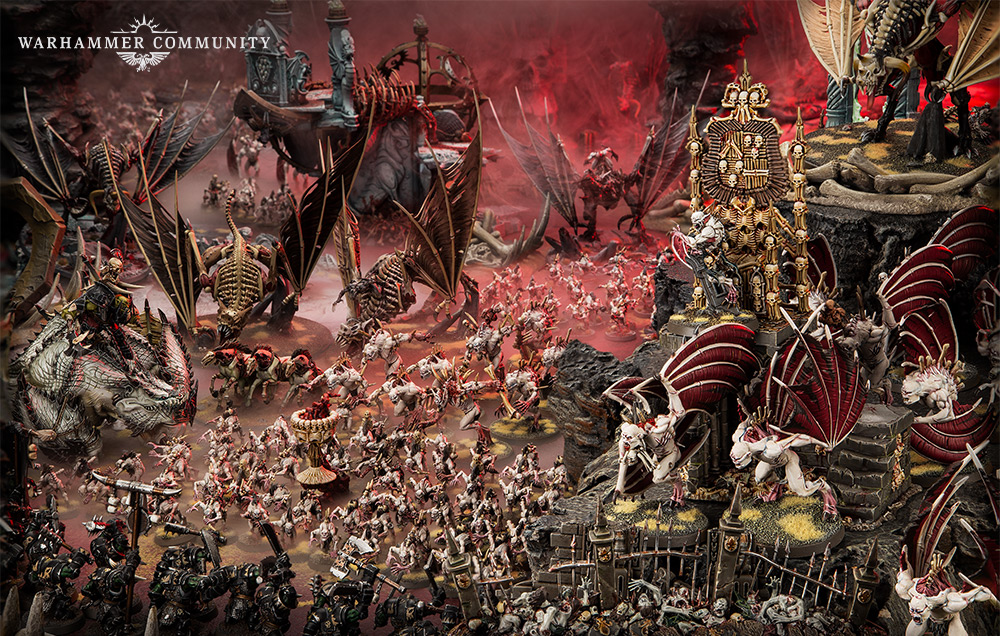 They may be completely deluded, but the armies of the Flesh-eater Courts are fearsome adversaries, with a murderous ferocity and pack instincts that they use to overcome any prey. To tell us more about how the upcoming changes to the core rules affect the Flesh-eater Courts, we spoke to playtester Ricky Mee, who’s dominated the tournament scene in recent years with his Gristlegore Grand Court army.

Ricky: I often gravitate towards aggressive armies, and find my play style suits dictating the game with offensive units and forcing my opponent’s hand. The Flesh-eater Courts are more than capable of doing this, with a mix of elite, hard-hitting Heroes and Monsters, and an overwhelming number of bodies. Being able to reach out over the table with fast flyers and to summon additional forces with Abhorrants allows you to control the battlefield, compete in any battleplan – it’s not all about killing, honestly! – and win games.

The Grand Court allegiance abilities give you an array of options and flexibility with your army building and play style. With the new edition, I’m returning to the Blisterskin Grand Court, as their ability boosts the Move characteristic of your units, which provides a huge advantage in terms of manoeuvrability. Their Command Trait can also generate additional command points, enabling you to take advantage of the strong tactical benefits offered by the new edition’s universal command abilities.

Another great thing about the army is their faction terrain feature, the Charnel Throne. Not only is it an awesome model, but it allows your Abhorrants to use their warscroll command abilities to summon units for free when nearby. This enables you to save your command points (which you’ll already be able to generate more of, as mentioned above) for crucial interventions with the new command abilities. 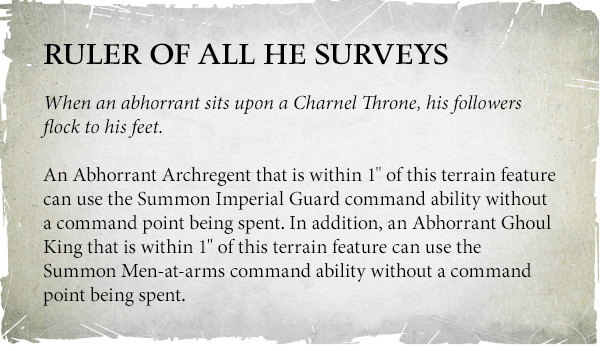 The Flesh-eater Courts have a number of units that benefit greatly from the new edition’s updated rules, and to guide us through the best of them, Ricky has chosen his top three. 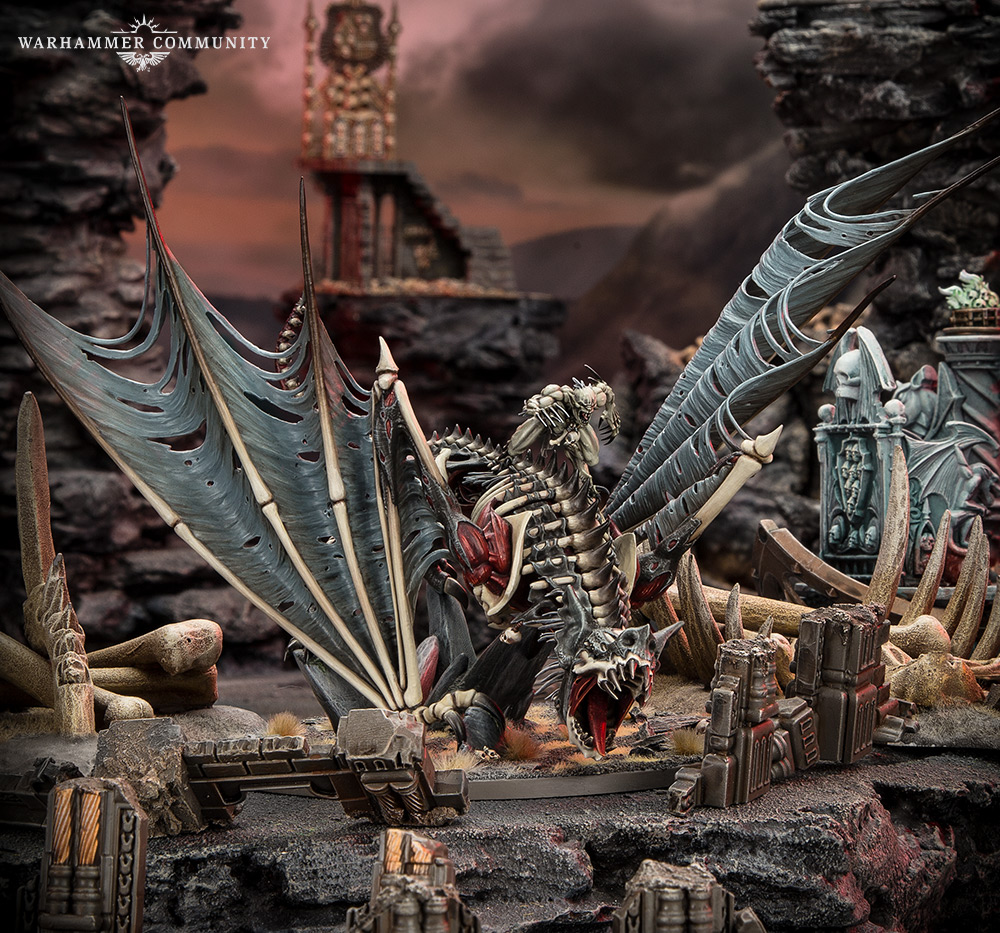 Ricky: This Monster is my hot pick for the new edition. The All-out Attack command ability makes a Royal Terrorgheist’s damage output much more reliable. The rules for monstrous rampages and heroic actions are really cinematic, and Titanic Duel in particular makes it even easier to hit other Monsters without needing to spend a command point. Also very important is the increase to his survivability from Royal Blood, combined with the heroic action Heroic Recovery. 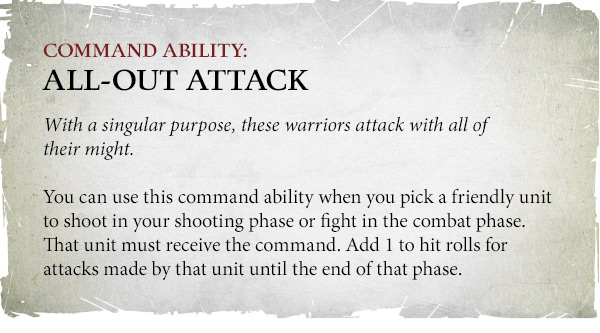 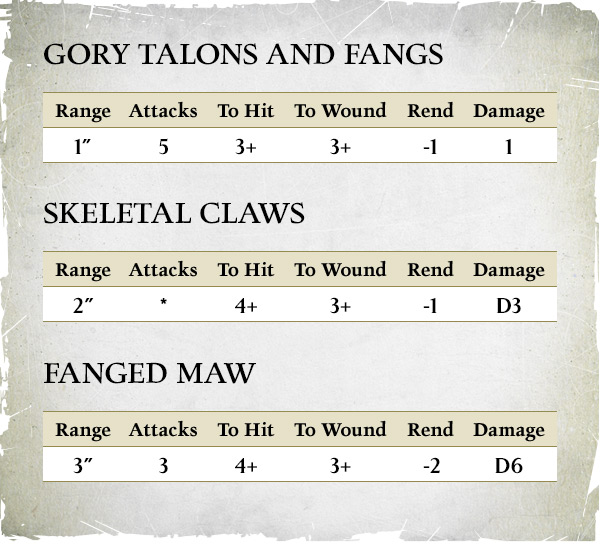 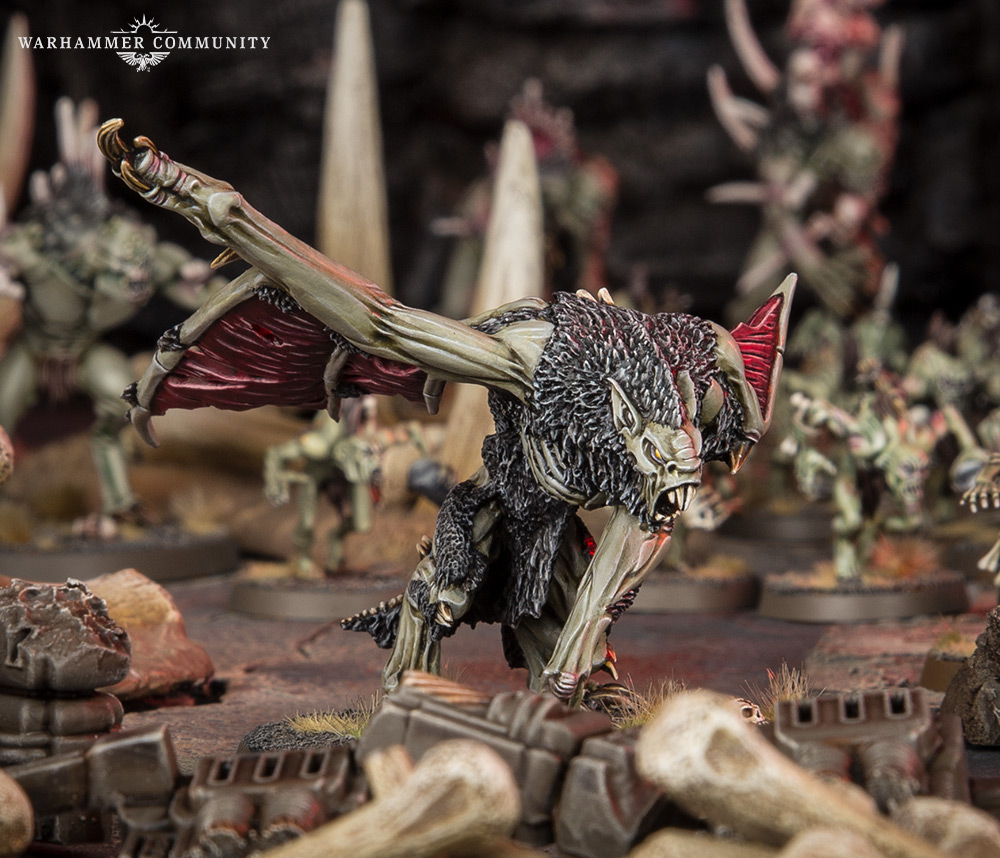 Ricky: A Varghulf is a key source of healing, replenishing the units around it with Muster Royal Household ability. It’s also great for supporting your units with the new Rally command ability in the hero phase, which can reinforce depleted units. The Varghulf is another unit that can combine Heroic Recovery with an innate heal, keeping it alive and your other units going. 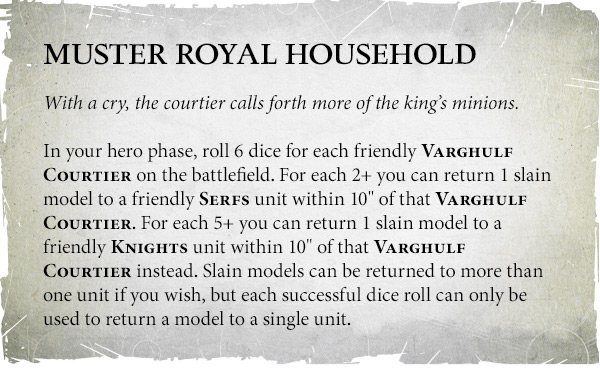 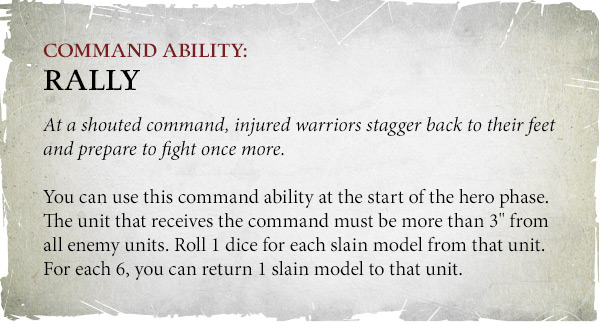 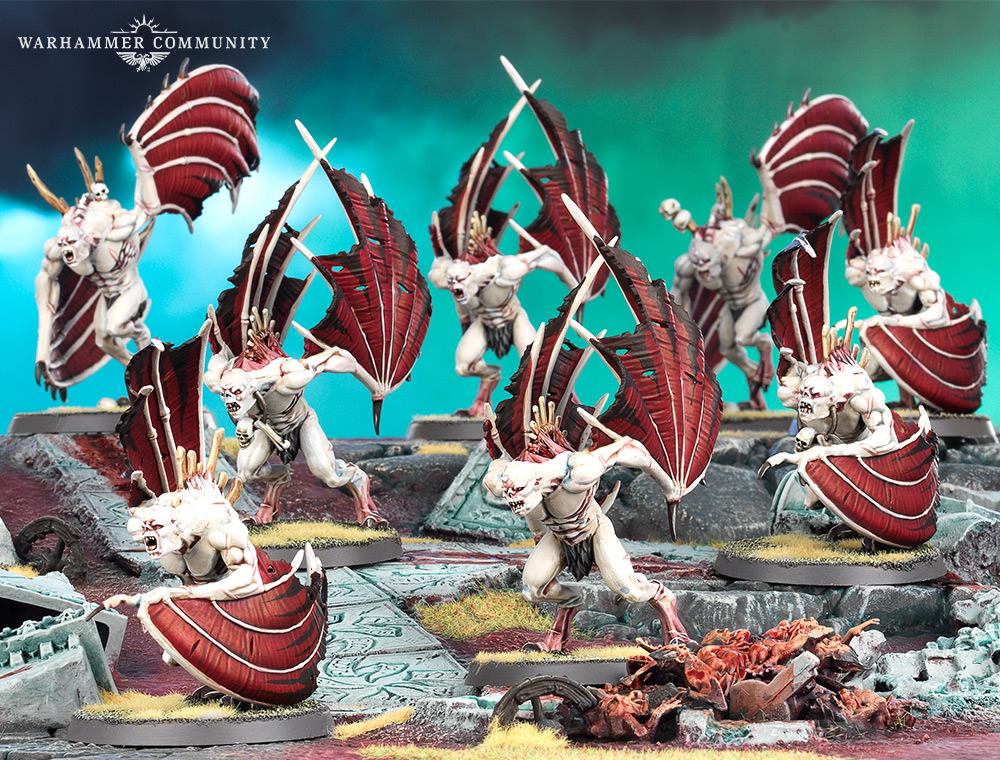 Ricky: These fast, flying knights will likely be at the forefront of many Flesh-eater Courts forces. The speed of Crypt Flayers (a 14″ Move characteristic for Blisterskin Grand Court) and the new redeployment abilities offer a lot for objective and mission play. Play them aggressively, and use the Unleash Hell command ability to dissuade chargers. Their Death Scream shooting attack doesn’t roll to hit, making it extra deadly here, and it causes masses of damage to low Bravery foes. 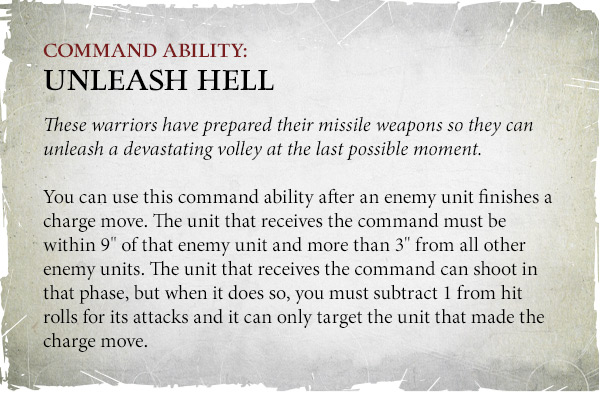 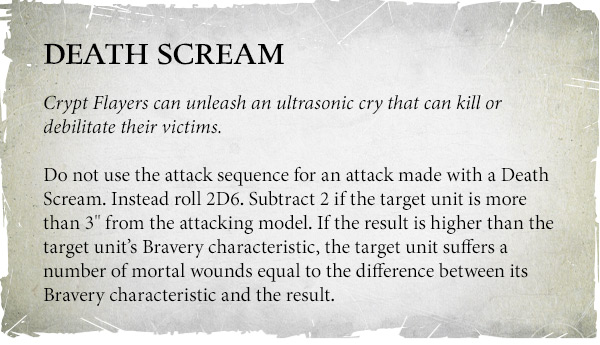 Thanks for your advice, Ricky. If you’re looking to start or reinforce an existing collection of these glorious, knightly warriors, then grab yourself their Start Collecting! set for a handy selection of units.

New edition. New Rules. New ways to play with your army of choice.

Get the low-down on the new Kruleboyz and the Orruk Warclans in the new edition with our overview of the brutal (and kunnin’) greenskins.

How to enact the will of the Old Ones in the new edition.