With the arrival of Elathain’s Soulraid, we now have a complete set of warbands for Season 4 of Warhammer Underworlds. The gang of soul-stealing Idoneth Deepkin features some of the most unusual fighters in Direchasm. When we sat down with games designer Dave Sanders to talk about them, he told us that he wanted to focus exclusively on everyone’s fighter of choice. 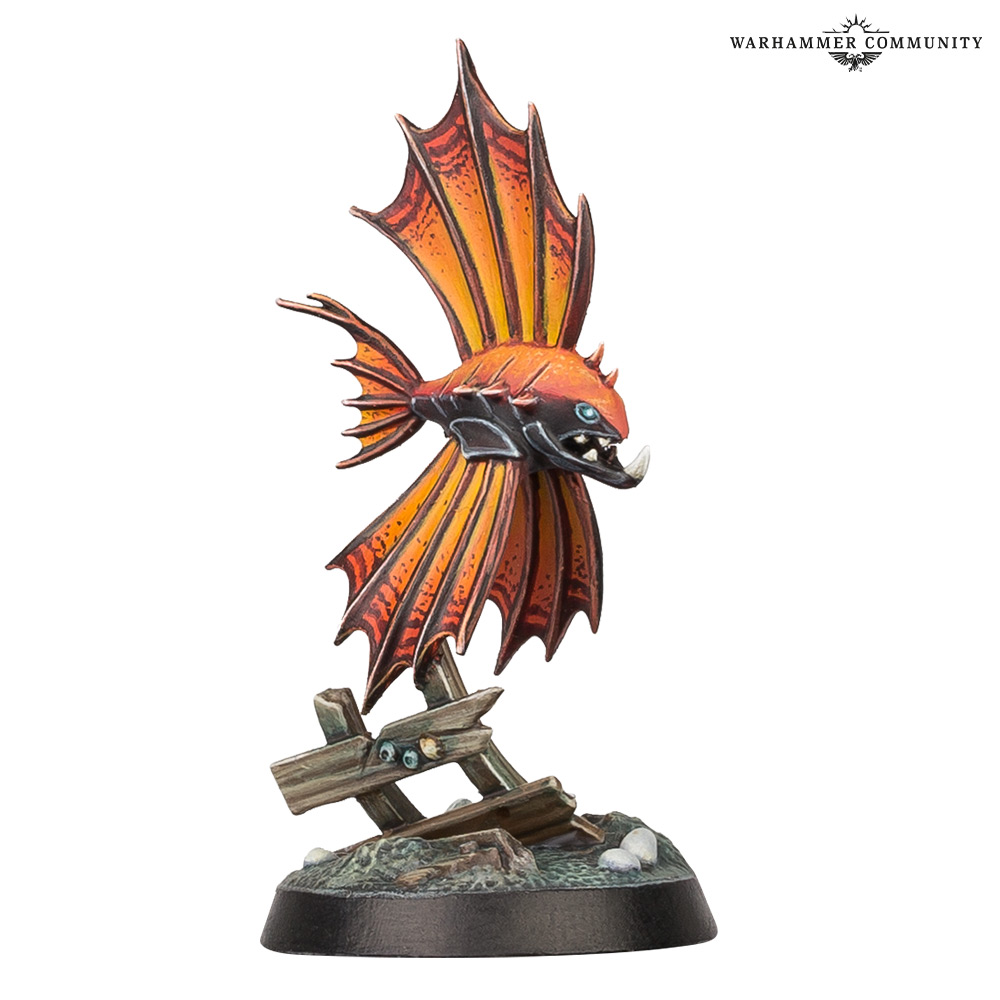 Wait, who did you think we meant? Okay, there’s no need to get crabby.

Dave: The Spinefin is unique in Warhammer Underworlds. It’s a fighter that can’t hold objectives, can’t have upgrades, and can’t make actions. Also, you don’t have to set up the Spinefin – its Shoal reaction allows you to place it (after a short delay) anywhere on the battlefield as a reaction, even if it’s not on the board. Finally, it only has a Wounds characteristic of 1, but your opponent can’t take it out of action (if it would be, it is simply removed from the battlefield instead).

There’s a real mix of ups and downs here. Even though it is easily removed, the Spinefin is a fighter that your opponents will not want to engage with. Any effort spent removing it from the battlefield won’t reward them glory points because it isn’t taken out of action. However, the Shoal reaction means that you can place the Spinefin in positions that force your opponents to deal with it. This is a powerful ability that’s offset by the passive nature of the Spinefin – once you’ve placed it, you can’t do anything with it except redeploy it with the Shoal ability.

The most obvious uses for the Spinefin are twofold – you can use it to block a hex (for example, one that contains an objective token) so that your opponent can’t move fighters into or through it, and it acts as a supporting fighter, increasing the offensive and defensive capabilities of your other fighters. Placing (and replacing) the Spinefin doesn’t require you to use any of your precious activations. Combined with the fact that you’ll never give up glory points to your opponent when they remove it from the battlefield, you should be able to use the Spinefin in these ways in each game you play. However, there are other uses for your fishy friend as well, and here are ten cards that will help you get the most out of the Spinefin. 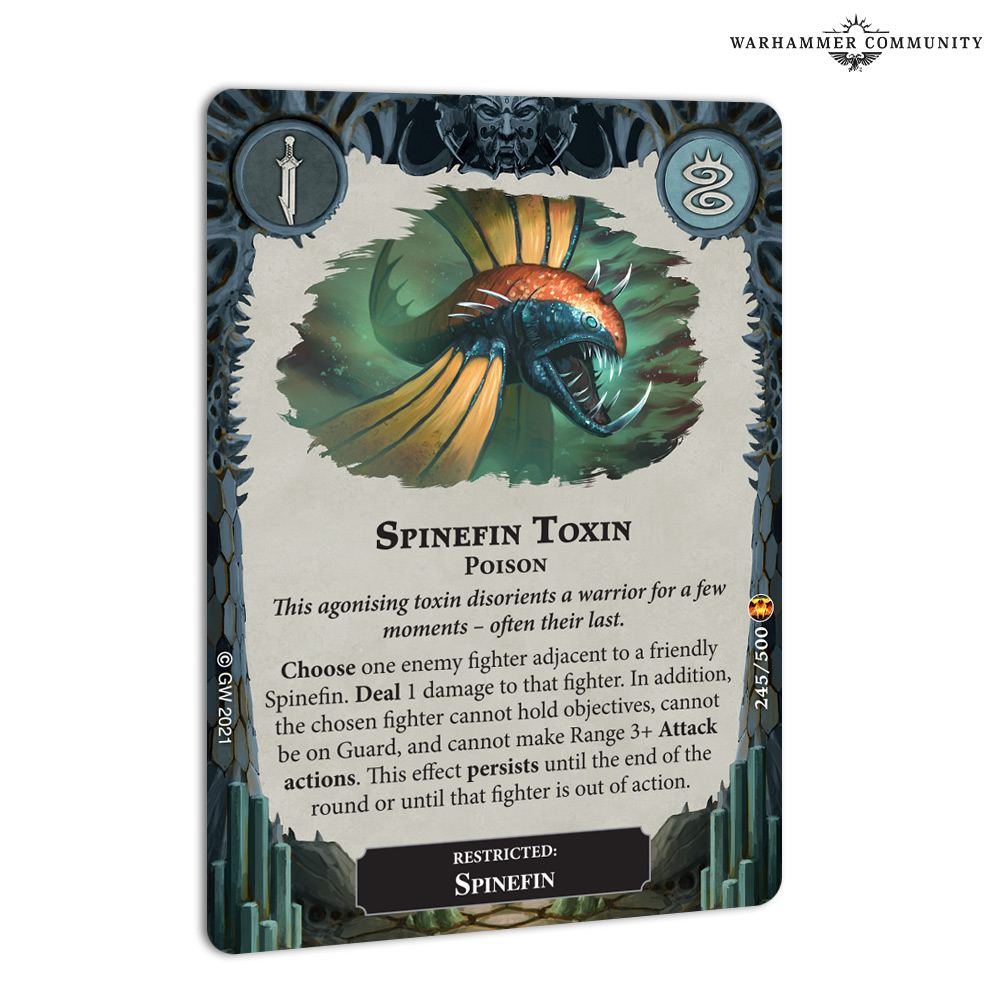 This ploy can severely hamstring or even eliminate an enemy fighter at a crucial moment and can be devastating against an opponent that wants to hold objectives. 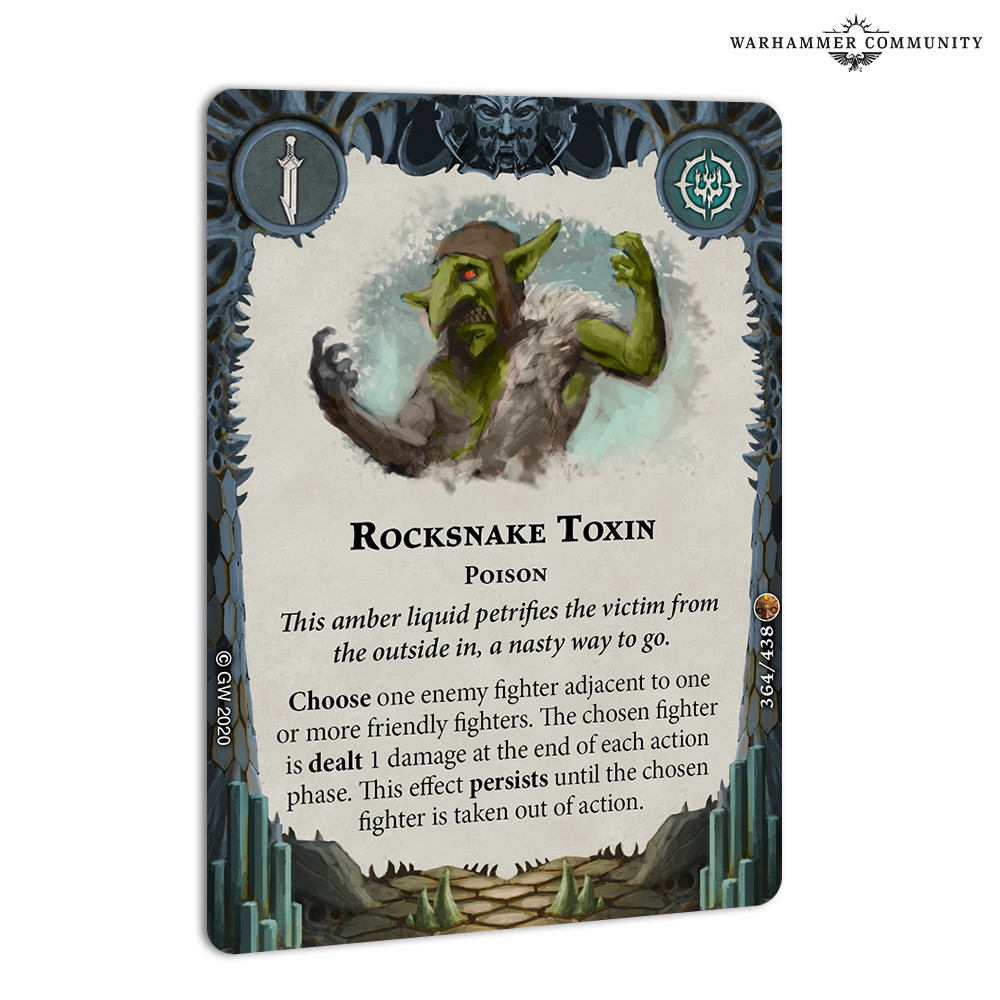 Usually, playing Poison ploys involves significant risk to the friendly fighter adjacent to your target. Not so with the Spinefin, so you can pack your power deck with powerful cards like this one. 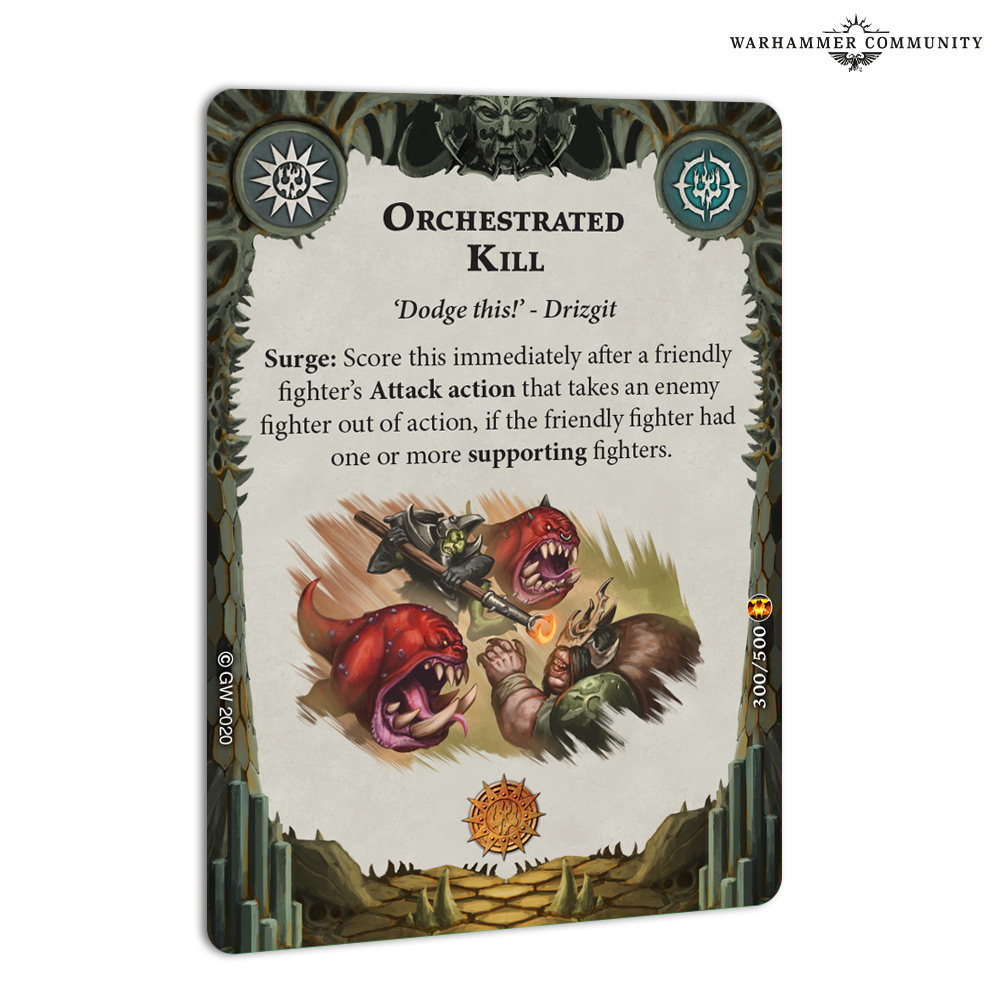 This is an easy objective to score when you have a fighter that you can simply place into a supporting position as required.

4 – Strength of the Swarm 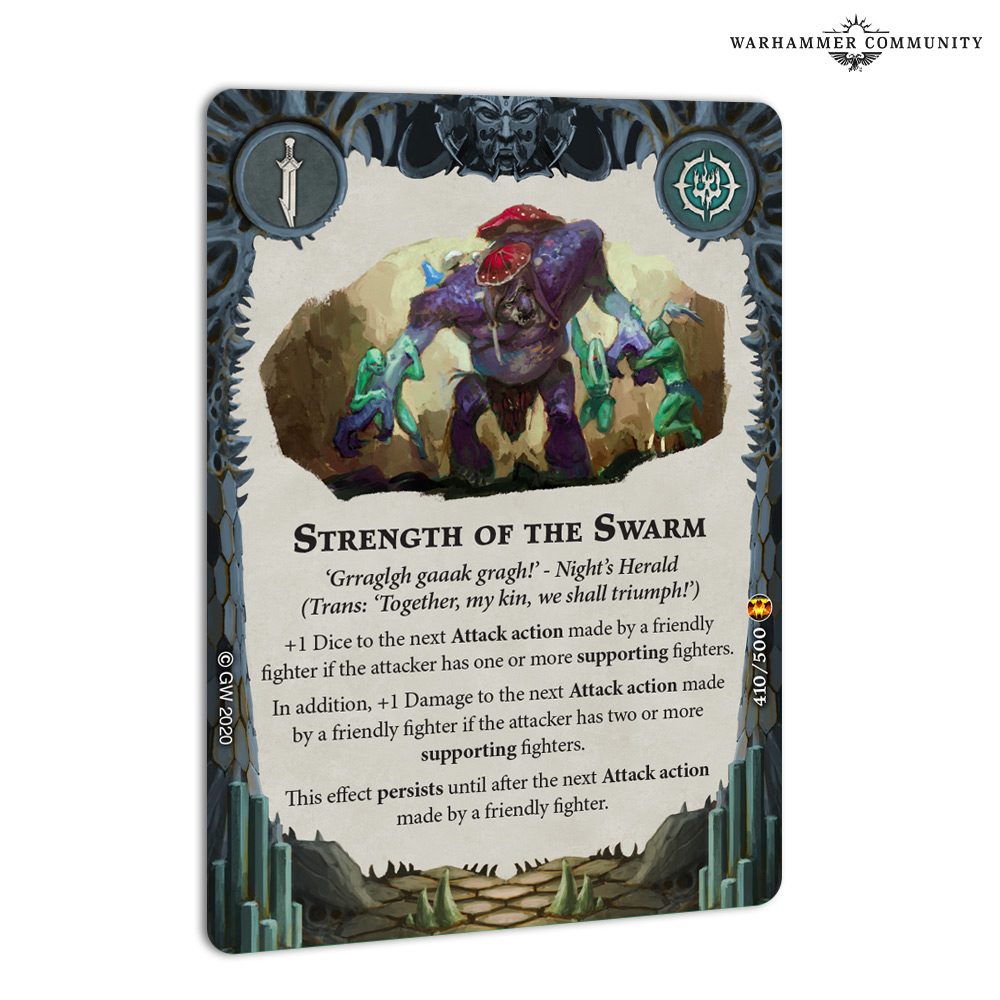 This ploy lets you take advantage of the Spinefin to make a fighter’s Attack action an almost guaranteed hit and can even increase the damage dealt, particularly if you also have… 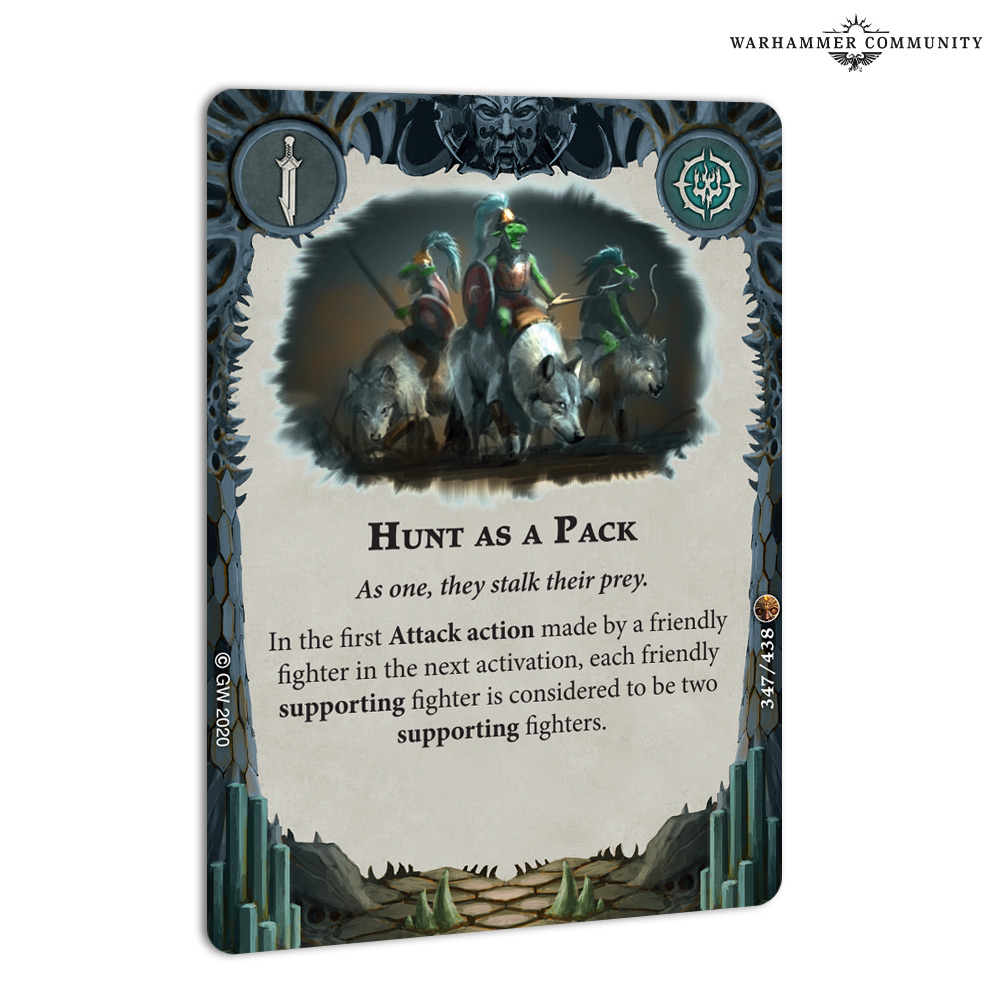 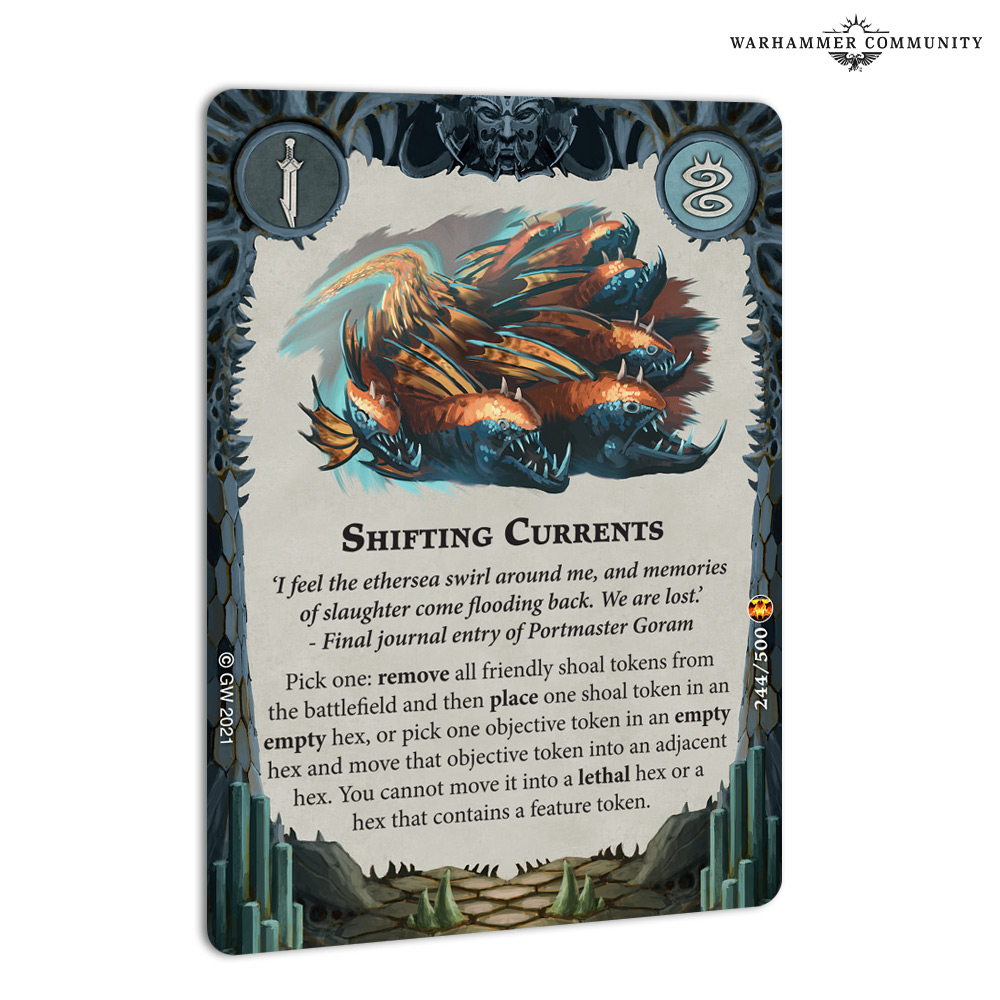 The Shoal reaction is powerful, but it can be tricky to correctly time it and place the Shoal token in the optimal location. With this card, you’ll have one opportunity to put the Shoal token exactly where you need it in an instant. 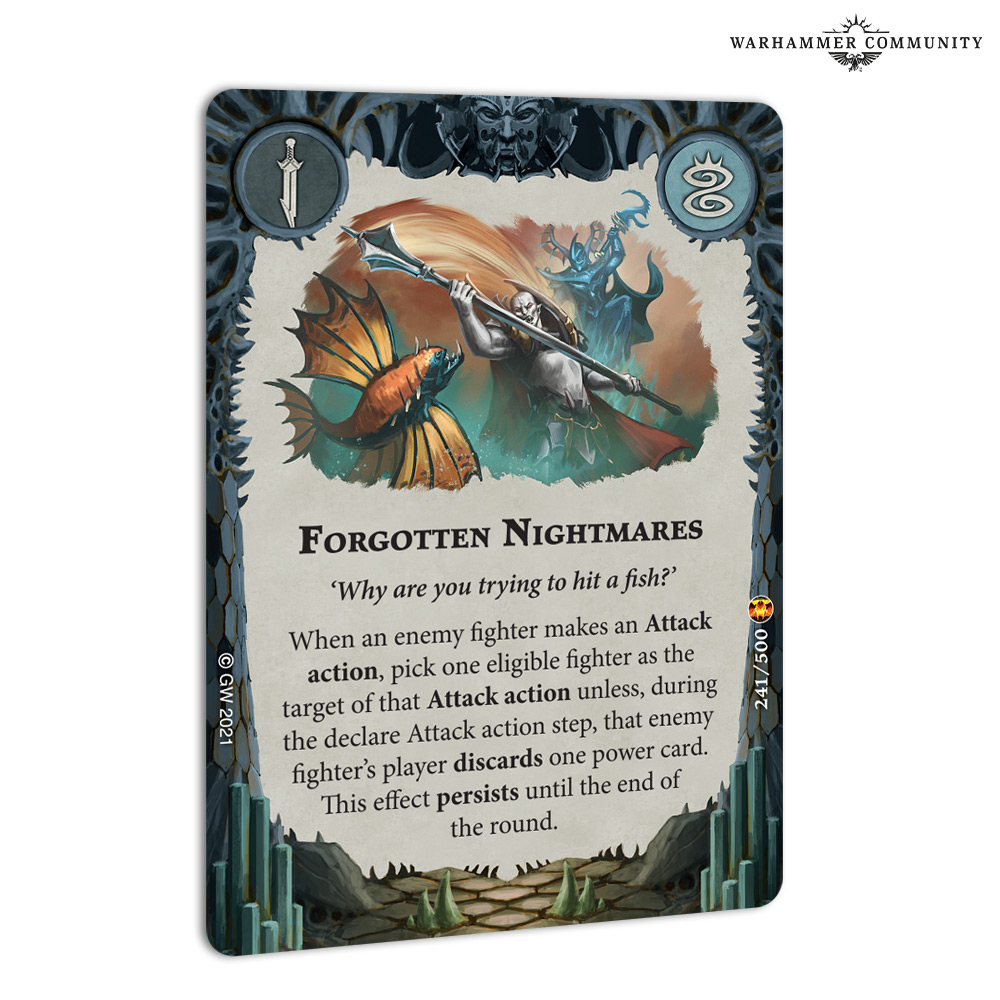 Elathain’s Soulraid are not the most resilient fighters around. If you take this card, you can frustrate an opponent – potentially for an entire round – by making them target the Spinefin with their Attack actions unless they discard a power card. 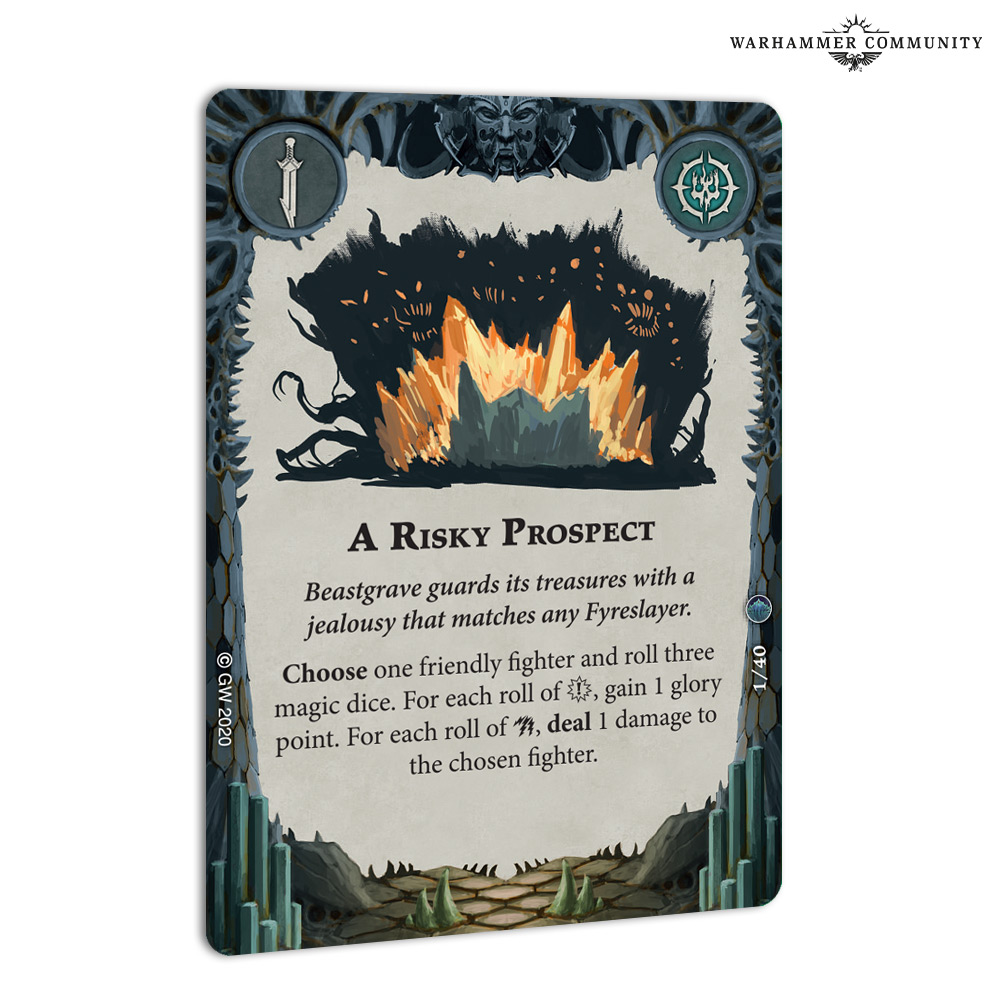 This is usually a very dicey (ho ho) card to use, as even though it can give you a boost, you risk losing a fighter and gaining nothing. The Spinefin’s unique abilities almost entirely remove this downside. 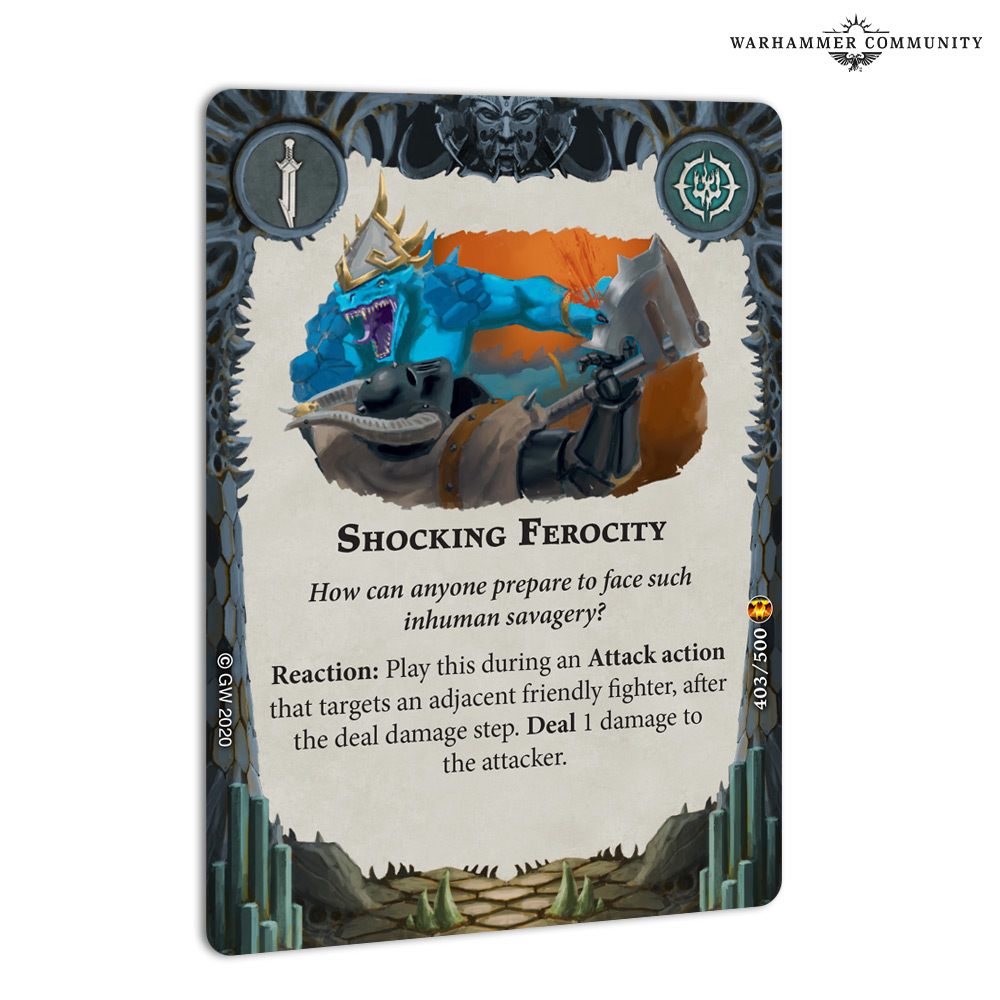 With a bit of cunning, you can force your opponent to have to remove the Spinefin from the battlefield one way or another. This card can give them a nasty surprise when they do. If you want to double down on this strategy, there’s another option… 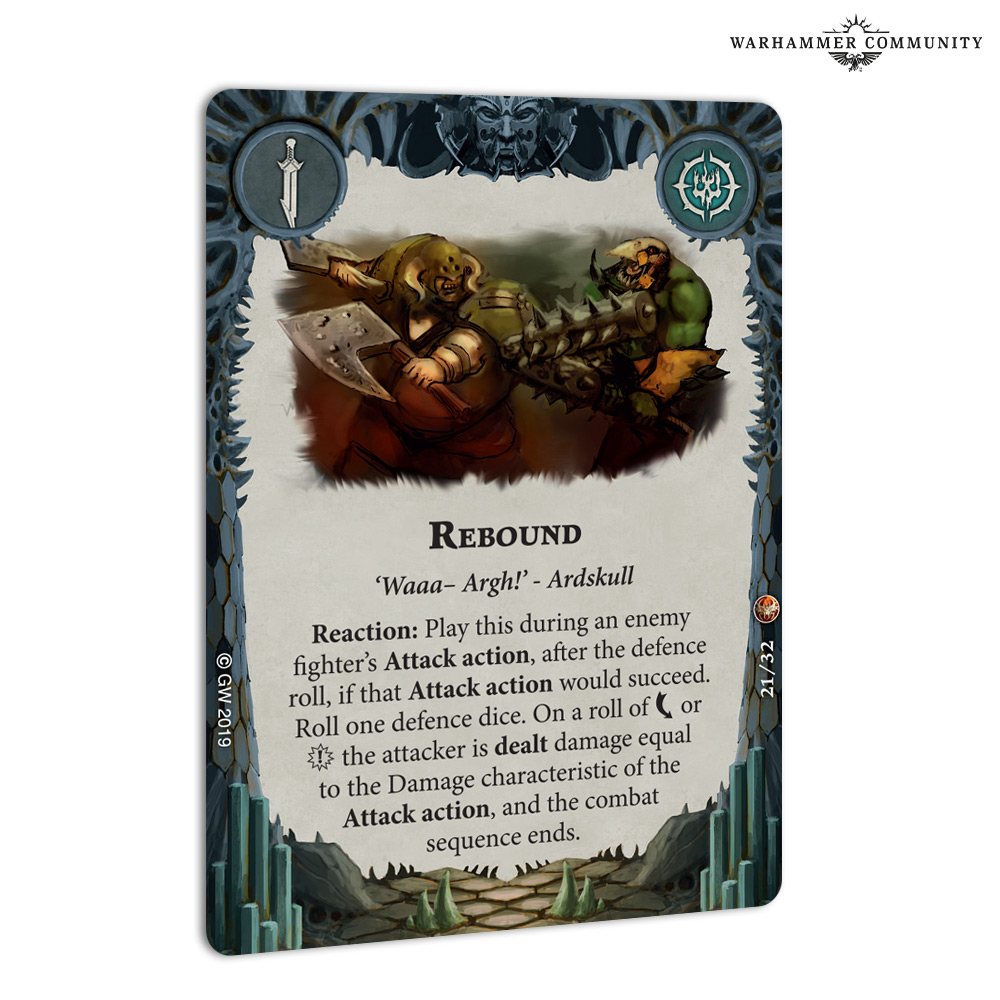 It might cost you a restricted slot in a Championship deck, but just picture the look on Morgok’s face when he grudgingly swings his choppa at this small fry, only to get viciously injured himself! Go on, you know you want to.

Thanks, Dave! Speaking of restricted (and forsaken) cards, the new Warhammer Underworlds errata is now available. Make sure that you download it to keep up to date with all of the latest cycling of cards. Plus, if you want to try out any of the fishy tips and tricks that Dave suggests, make sure to pick up Elathain’s Soulraid.

Find out how their cards make these aquatic soul-thieves ebb and flow like the tide.

Discover some of the tricks of Warhammer Underworlds’ first Ossiarch Bonereapers warband.