Lord Kroak Has Returned, and He’s Had an Epic Glow Up

Last week we showed you a pair of witch hunters who’ll be making an appearance in the Broken Realms saga. We’ve also seen some classic models getting a modern makeover, like Be’lakor. We’ve got some more news on a fan favourite for you – it’s Lord Kroak’s turn for an update.

If you’re not familiar, Lord Kroak is a legendary Starmaster who floats into battle on a mystical palanquin. His body is ancient and mummified, but his mind and spirit make him the most potent of all slann.

This magnificent model reflects Lord Kroak’s standing as one of the strongest Wizards in all the Mortal Realms. 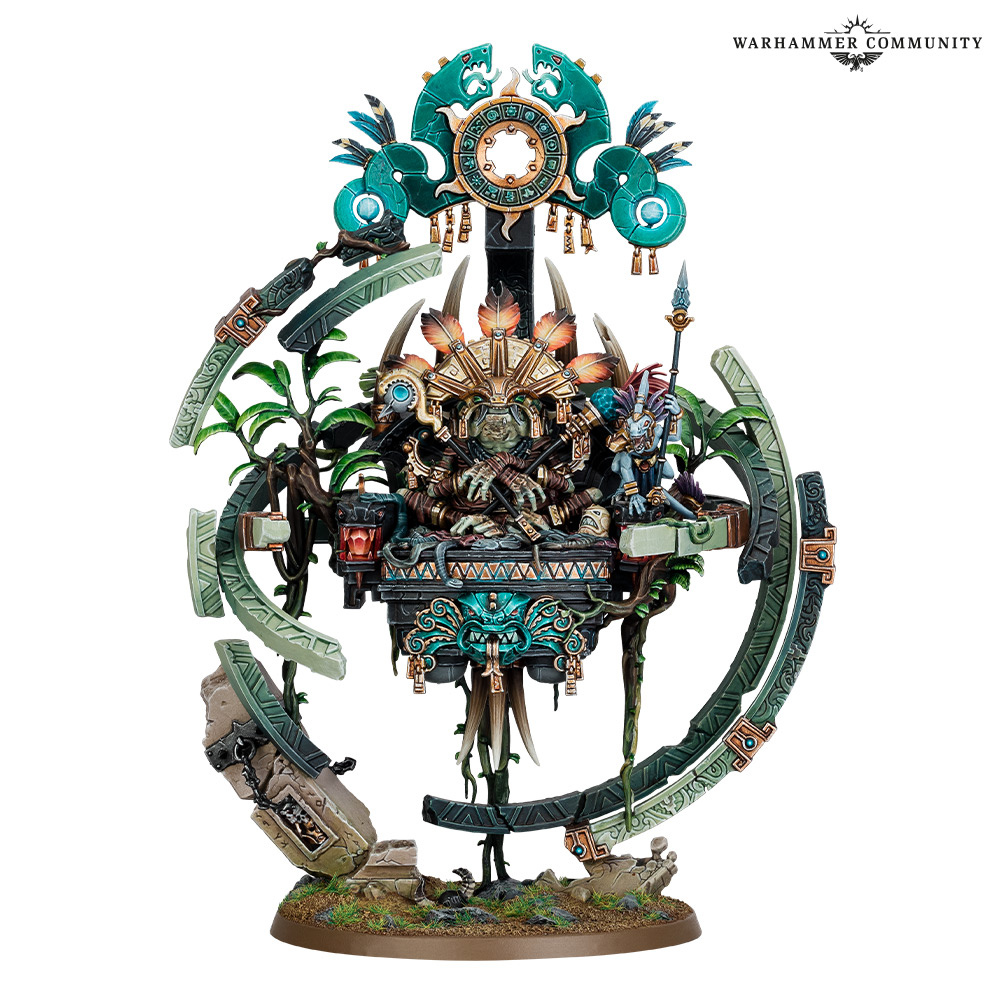 The events of the Broken Realms are so cataclysmic that they threaten the Great Plan of the slann, and Lord Kroak is roused from his contemplation to intervene directly.

Even after all this time, Kroak only seems to have grown in power. This is represented in your games with a new warscroll – but you’ll have to wait a little longer before we can tell you more than that. 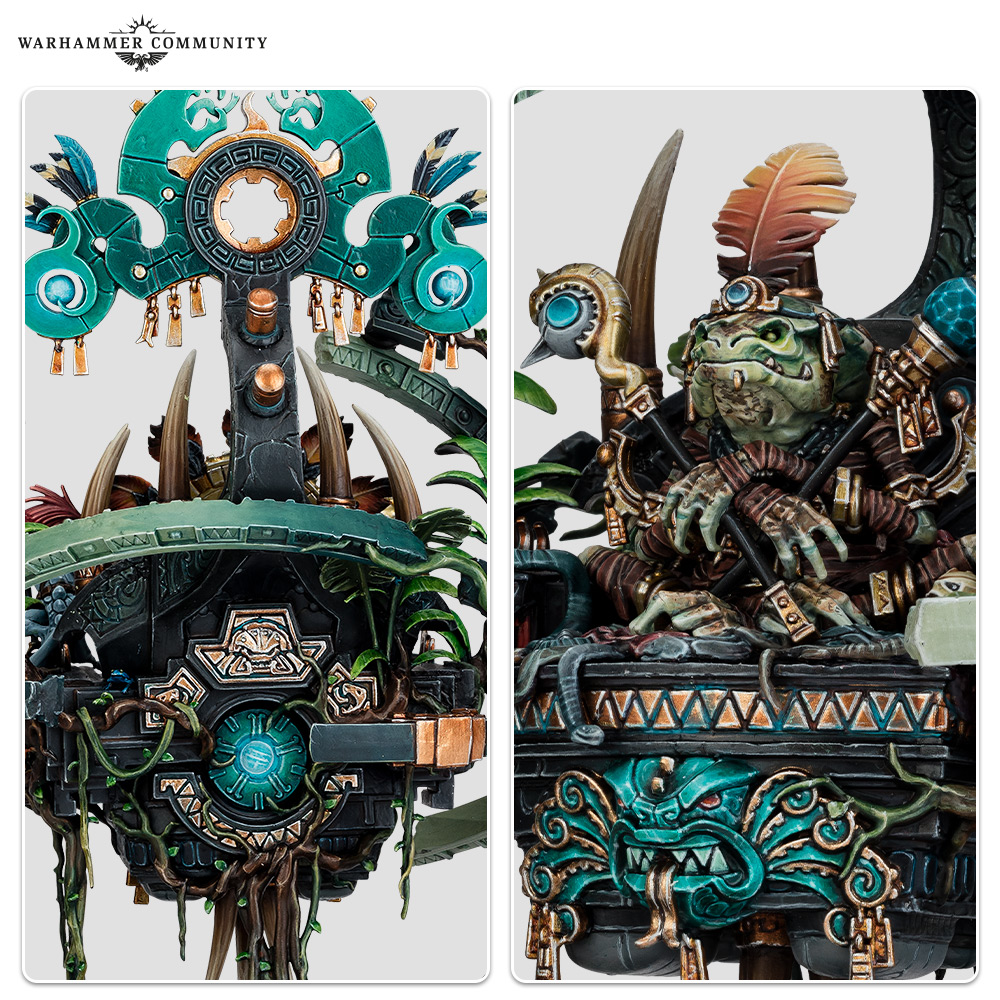 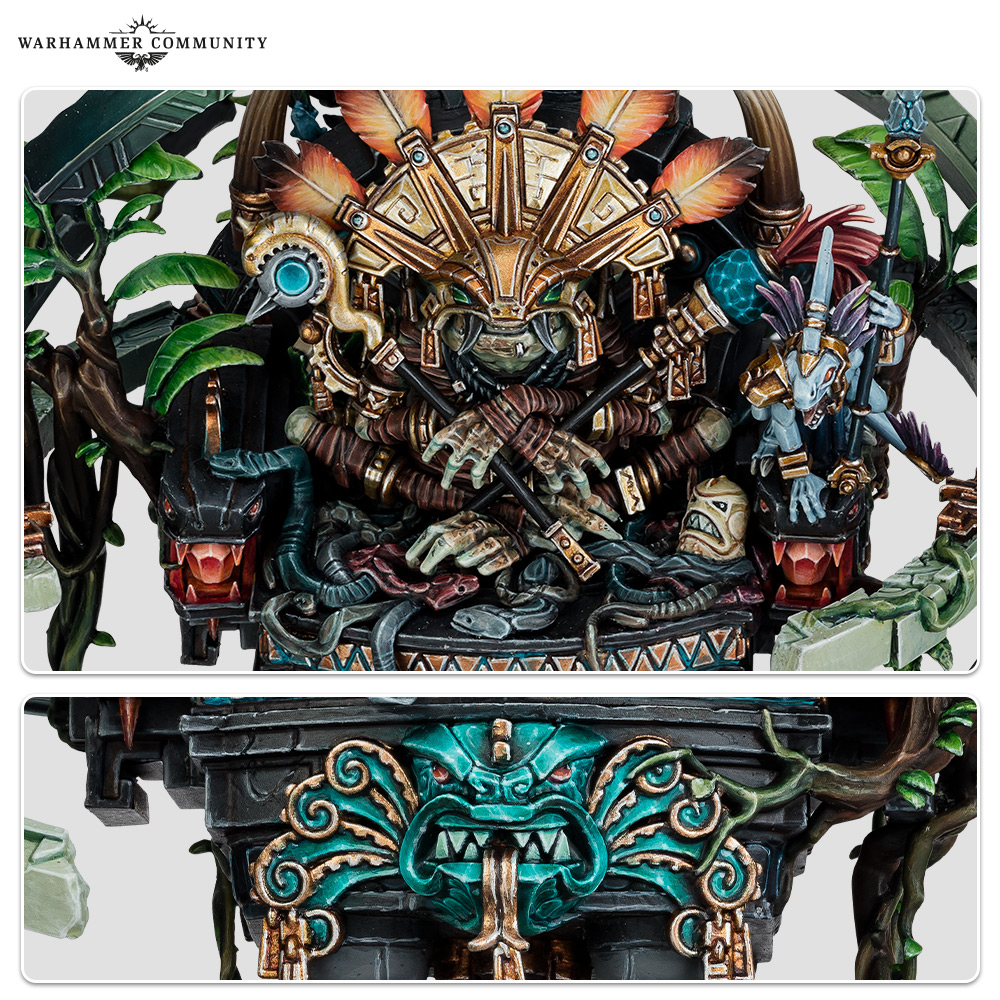 There are lots of familiar design cues for fans of the classic model, like the ivory horns and trailing vines on his palanquin – and there are plenty of new details to take in as well. The broken rings surrounding the entire model allow it to appear to hover without a clear stand and to recall the crowning detail of the Realmshaper Engine at the same time.

This kit also gives us the option to leave his ornate metal head-dress off. You gotta admit, he’s looking pretty good for his age.

While we can’t spill the beans about his role in the epic saga of the Broken Realms quite yet, it’s fair to say you should grab Battletome: Seraphon and a Start Collecting! Seraphon set (don’t forget there’s another one just for Skinks) so Lord Kroak has an army to lead into battle when he descends soon.

Meet the Musicians Who Bring Life to the Mortal Realms

You’ve probably heard of the jazz flute, but the Warsong Revenant has something else entirely.

The cunning vampire Mannfred von Carstein seeks power and will do anything to seize it in the latest story from the Broken Realms.

Kragnos is Coming – Which of These Heroes Would You Pick to Fight Him?

The heroes and villains of Broken Realms: Kragnos have some powerful abilities, but can they stop a god?