With all the buzz surrounding the long-awaited reveal of Grand Cathay, our minds are turned once again to the goings-on in Warhammer: The Old World. Since revealing the chivalrous lands of Bretonnia and the frozen north of Kislev, the team has been hard at work on one of the lesser-known areas of the setting. Today, Andy Hoare from the Warhammer Studio is here to tell us all about the ever-changing Border Princes.

Andy: Work continues on the Warhammer: The Old World project. While the fruits of our labour must remain locked behind sturdy oaken doors, we nonetheless wanted to show off our ongoing work on what is, in many ways, the most important part of the project – the setting. 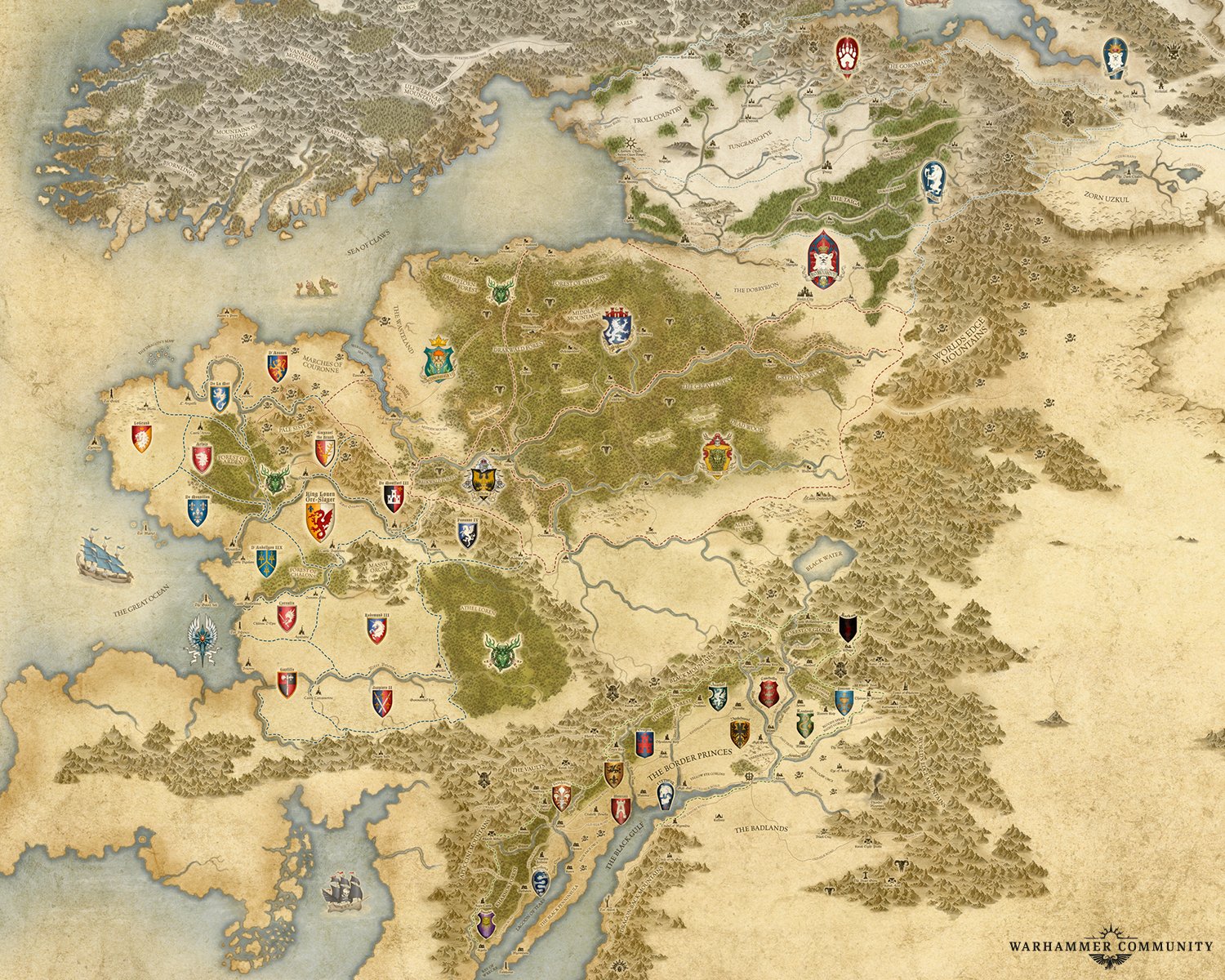 Over the last few months, our artists and writers have been thinking hard about an area of the Warhammer world that’s been around since at least the 3rd edition of the game. This region, however, has seen little development over the years – the Border Princes. 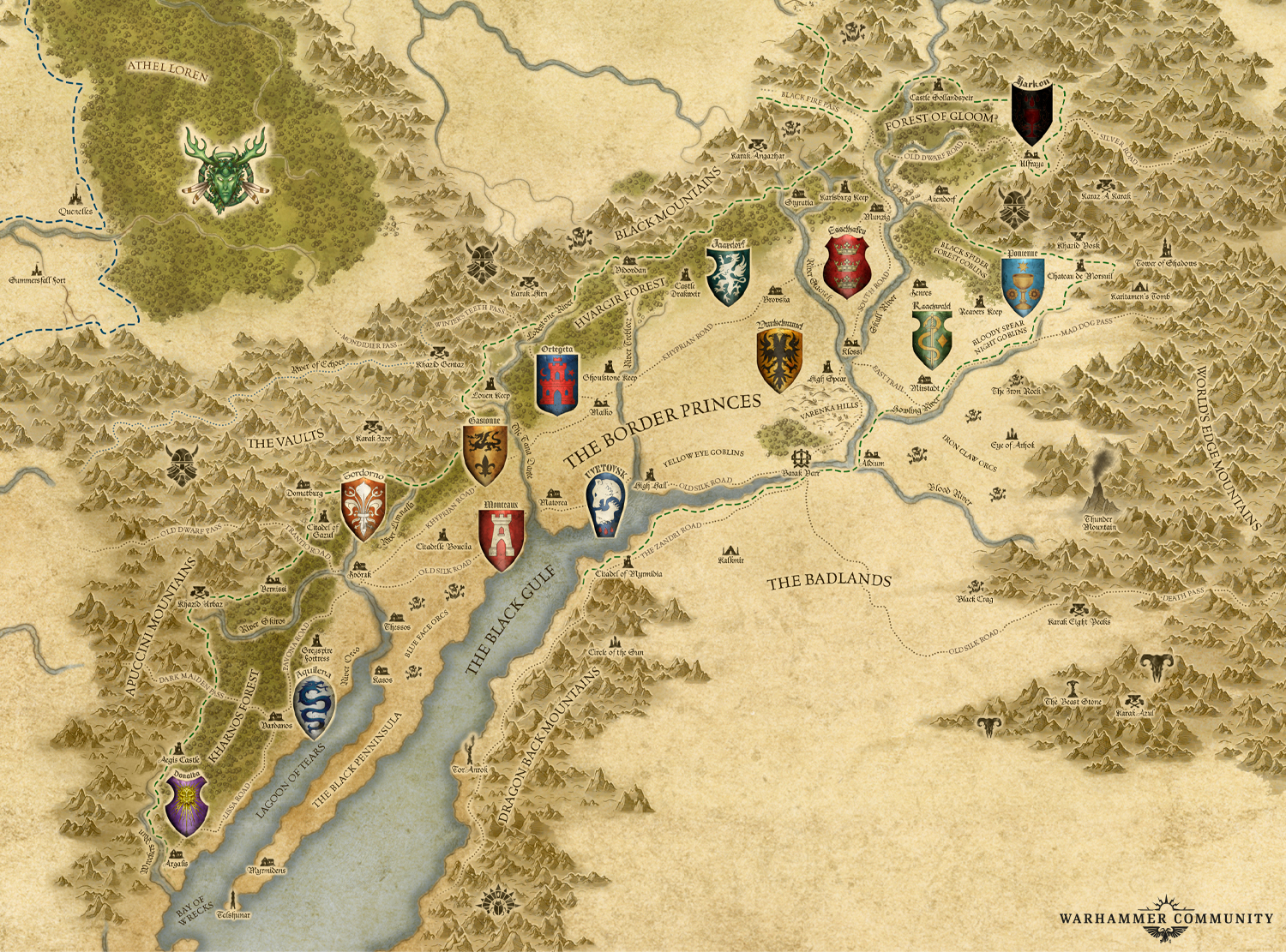 The Border Princes is a rugged, largely arid region occupying a crossroads between the various nations and factions of the Warhammer world. It’s an area well-used to the tread of invading armies passing through in all directions. As such, it’s claimed by no one nation.

Instead, it’s a patchwork of petty kingdoms. Each is ruled over for a brief period by a leader charismatic or despotic enough to claim a temporary throne before being knocked off it within a year or two by the next rival. Exiled nobles and fallen warlords come to the Border Princes from far and wide to set themselves up as rulers, gathering any waifs and strays that will flock to their tattered banners. 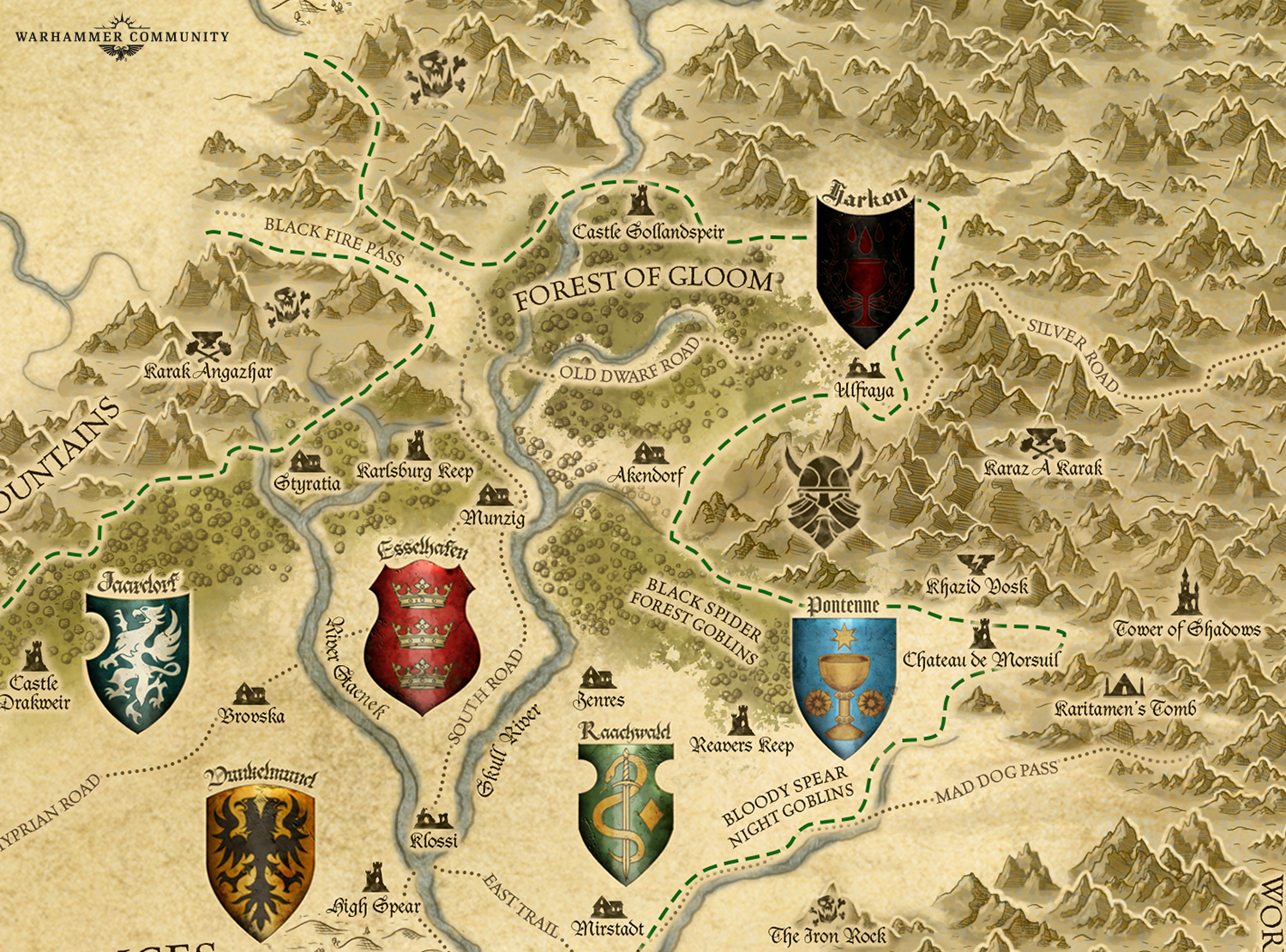 This area is fascinating, but it’s also a challenge when it comes to expanding the setting. It was originally created to provide a ‘sandbox’ in which players could set their own campaigns and stories, so we didn’t want to over-describe the area. Instead, we gave hobbyists enough information to run with it and make it their own. 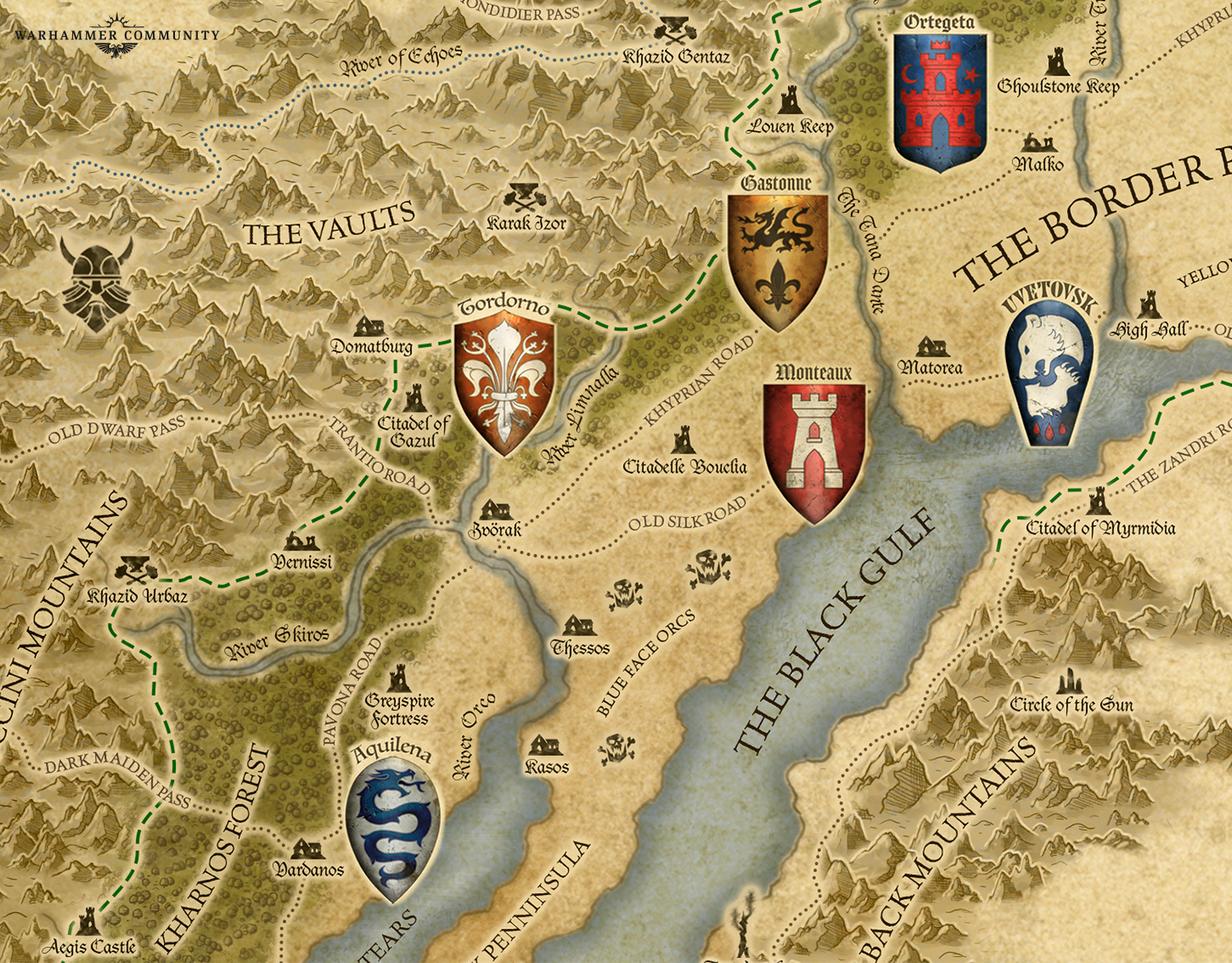 To capture this area of shifting power and fate, we’ve created a snapshot of the region as it might appear for a very brief moment in time. The places are largely permanent, but the people occupying them are very far from it.

The crests shown on this new map are those of outcast nobles from all over the Old World, but who can say how long they’ll hold onto power before being cast down by a jealous rival?

Thanks, Andy! Seeing the Border Princes in this level of detail is truly a first for Warhammer fans. We can’t wait for a tour around more of Warhammer: The Old World – in the meantime, we’ll be pouring over that beautiful map for details. If you’re an Old World megafan, don’t forget you can get the latest news fresh from the presses by signing up for the newsletter – there’s no better way to see the next big announcements.

The Old World – Your First Look at the Map of Bretonnia

The setting of the Old World may be familiar, but check out this provincial map of Bretonnia for more than a few surprises!

Want to know more about the ongoing Warhammer: The Old World project? Don’t miss these answers to some burning questions.

Plus, see the land of Kislev itself rise up in new art from Warhammer The Old World.