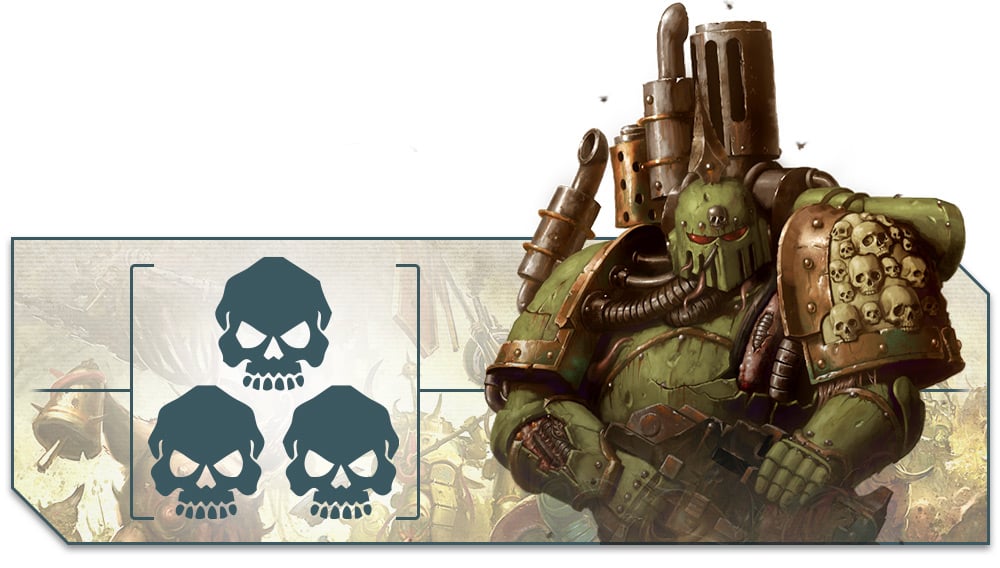 The Death Guard codex is on its way early next year, and it features five key changes to their rules which will have an enormous impact on how these putrid servants of Nurgle operate on the battlefield. Over the course of the week, we’ll be looking at each of these new rules in greater detail and discussing why Mortarion’s Traitor Legion is set to become more disgusting in battle than ever before! 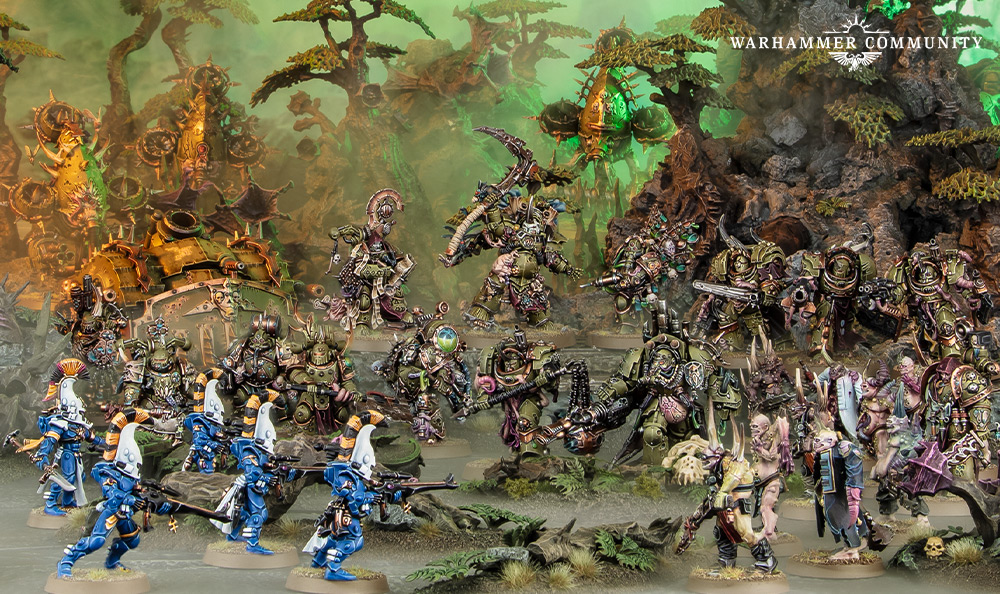 First up, is their Inexorable Advance ability. 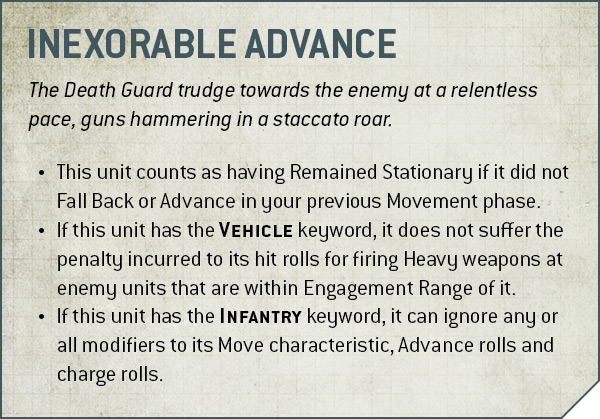 Inexorable Advance is a Detachment ability, which means that it applies to units in Battle-forged Death Guard Detachments. One of the notable effects of this ability is that your Death Guard units will usually be able to move and fire their Heavy weapons without penalty, perfect for bombarding your foes, even as you advance on objectives. It also works hand in hand with the Malicious Volleys ability to ensure that your Infantry can make the most of their Rapid Fire weapons, even while they’re on the move.

Another crucial advantage Inexorable Advance offers is that your Bubonic Astartes Vehicles will be able to hammer enemy units point-blank with their ranged weapons at full efficiency. This is especially useful for Helbrutes, as they’ll be able to get stuck in with their brutal melee weapons without hampering their firepower. 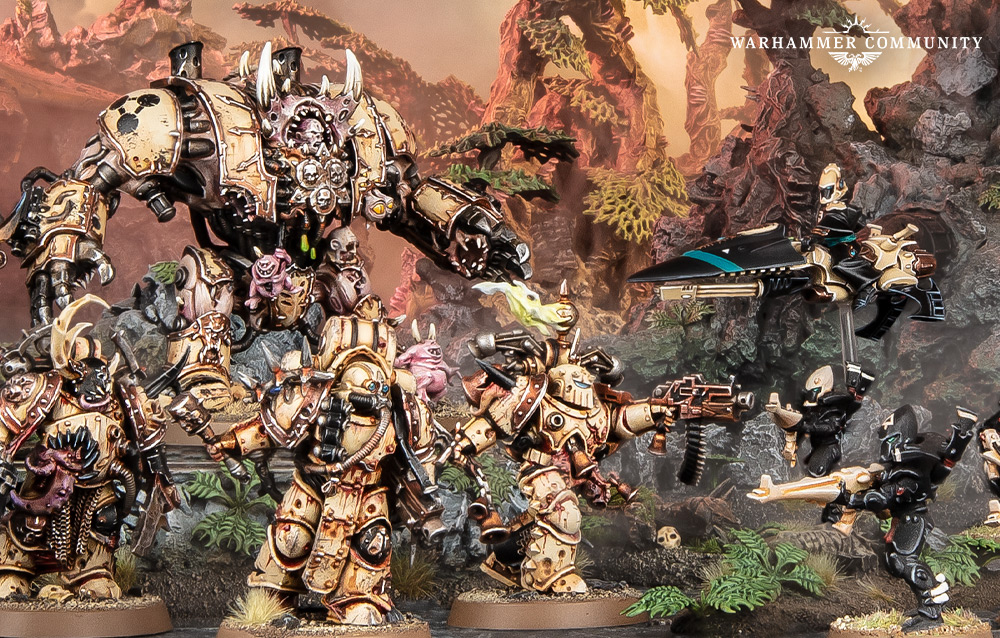 We’ll have more on the new Death Guard rules every day this week, so remember to check in with us on the Warhammer Community site, and sign up to our newsletter for all the latest news. In the meantime, make sure you have plenty of Plague Marines to form the backbone of your army’s Inexorable Advance!

Discover more of the new rules coming to Codex: Death Guard in the third part of our exclusive preview.

Upgrade the Plague Weapons wielded by your Death Guard Characters with Deadly Pathogens.