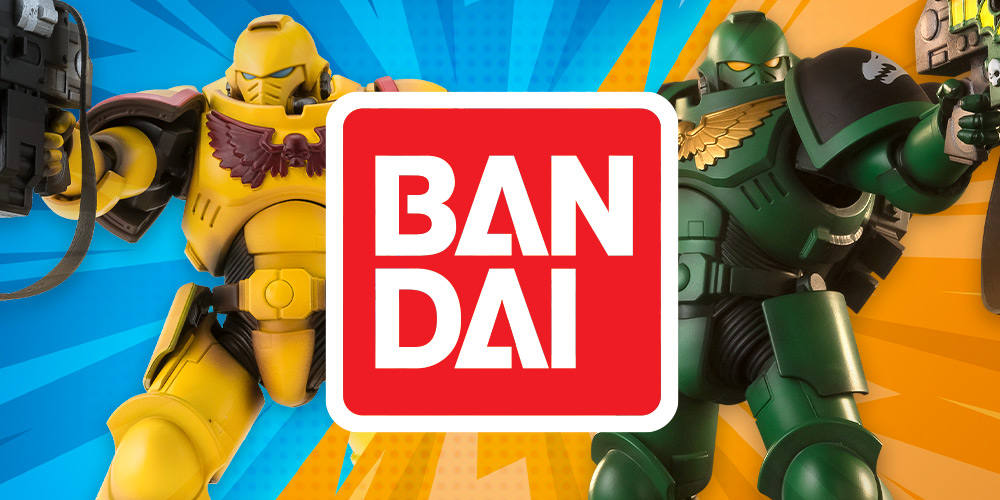 It’s time to make some space on your display shelves, because new premium Space Marines action figures are on the way from Bandai.

Last year, our partners at Bandai put their considerable experience in action figure design towards creating a big (battle-)brother for your Space Marines Citadel miniatures. 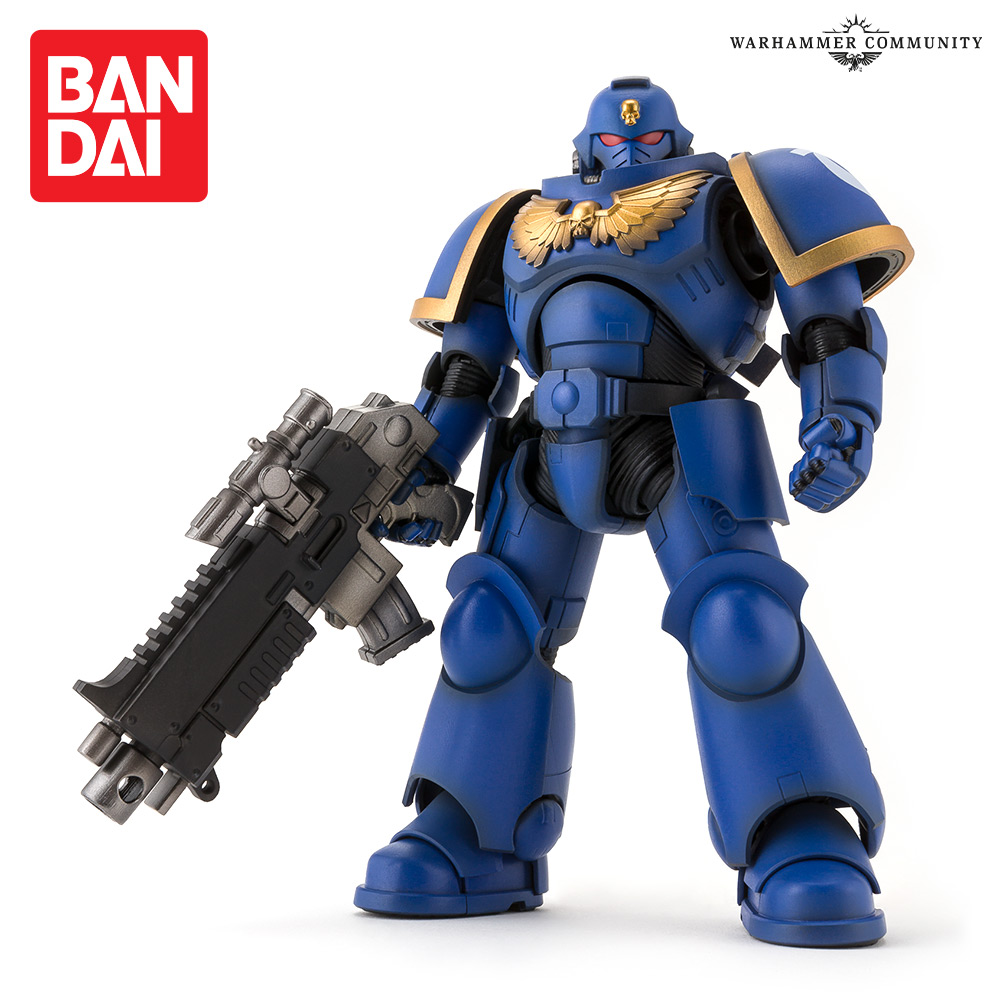 The Ultramarines Intercessor action figure was incredibly popular and sold out quickly, and since then, Bandai have been hard at work on new designs so that Space Marines fans everywhere can get their very own articulated Angels of Death. Allow us to introduce Imperial Fists and Salamanders Intercessors. 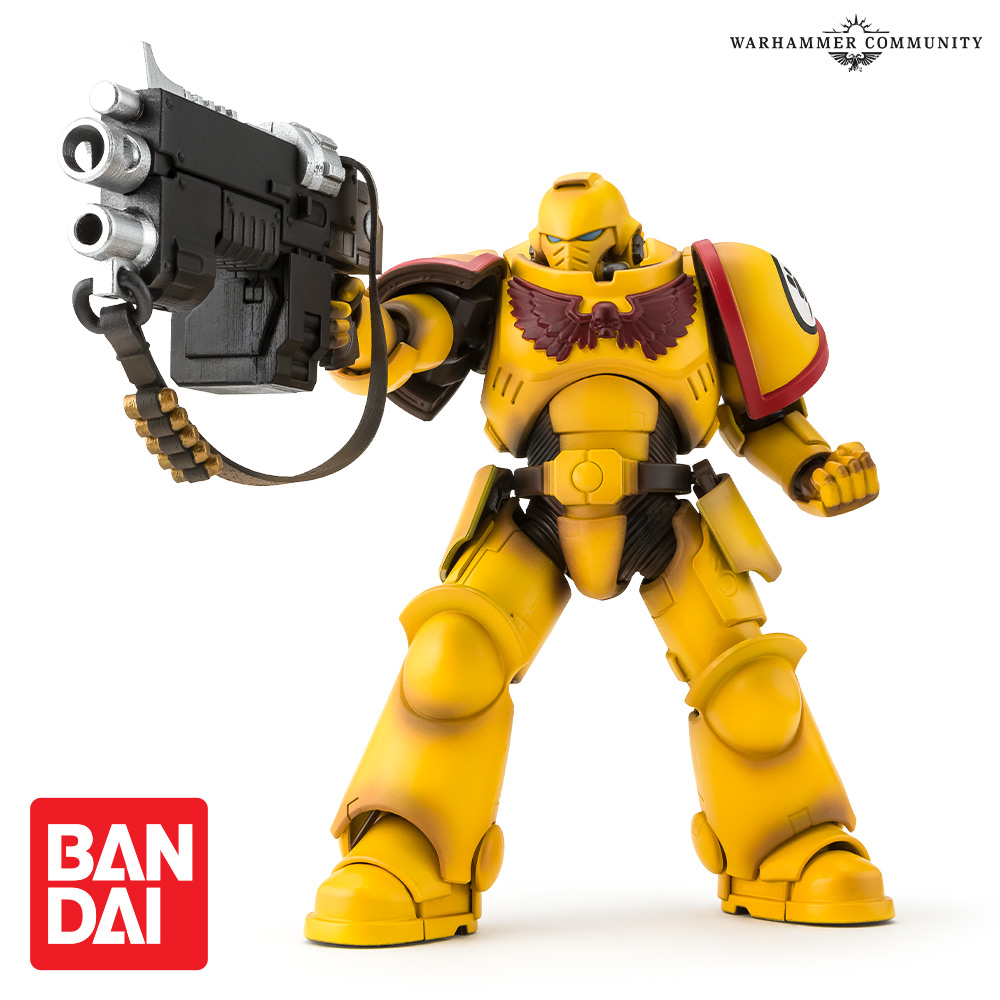 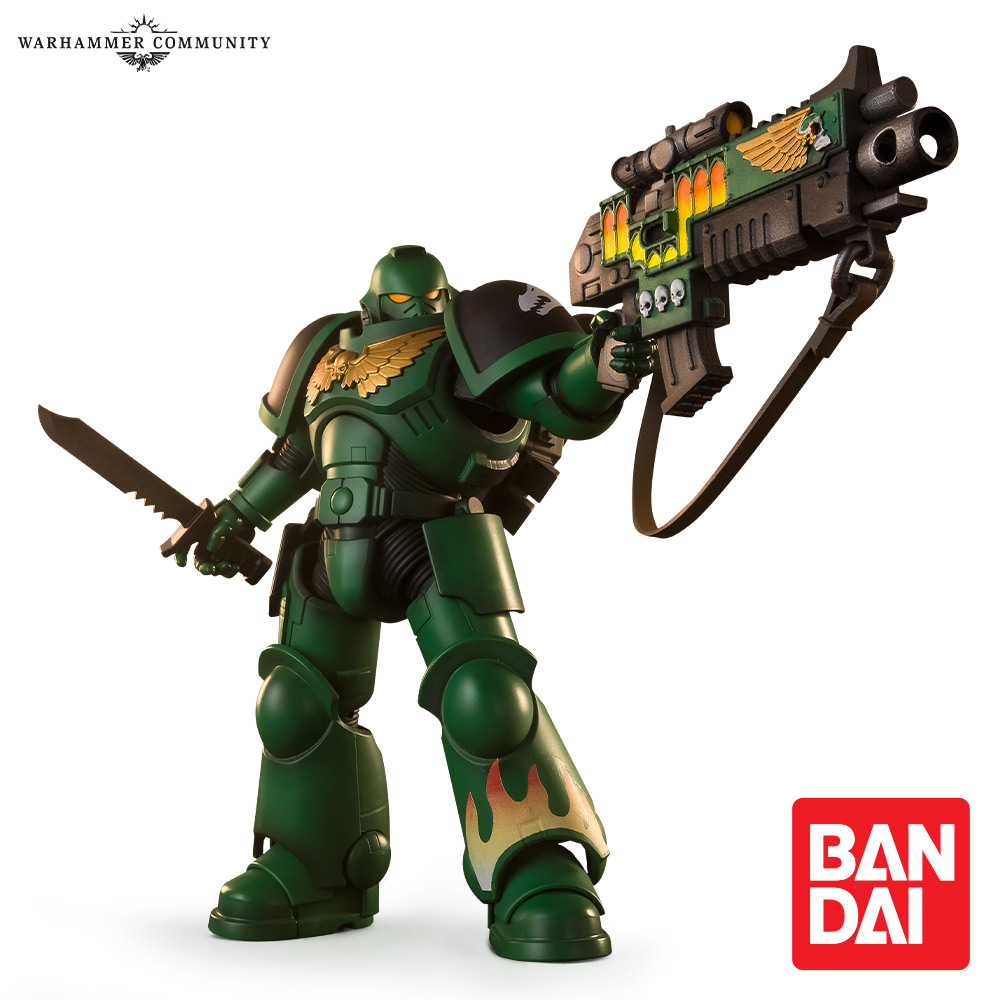 The Imperial Fists action figure represents a Primaris battle-brother from the sixth squad of the Chapter’s Third Company. He is armed with an auto bolt rifle that’s fitted with an auxiliary grenade launcher, and he also comes with a combat knife. He has three choices of hand for each arm, allowing you to pose him in a wide variety of ways as he defends the walls of Terra (or, you know, your bookcases). 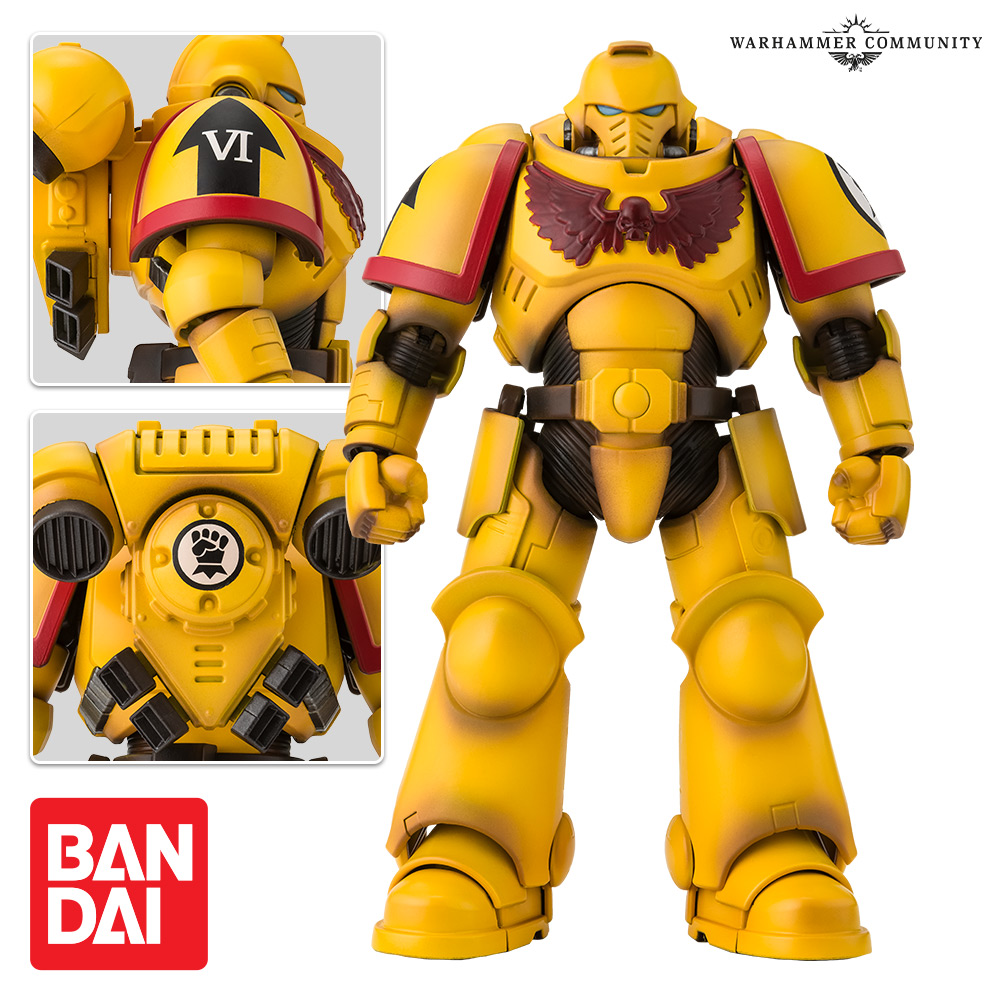 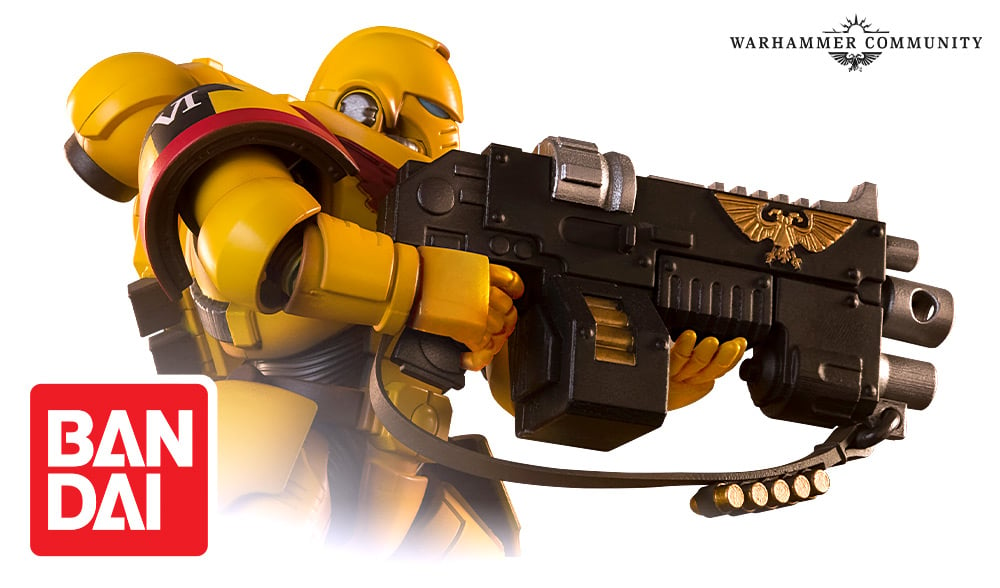 His cousin from the Salamanders is armed with an ornate bolt rifle inspired by a design in Codex Supplement: Salamanders. His markings show that he belongs to the second squad of Second Company, and like the Imperial Fists figure, he comes with a combat knife and a variety of hands to hold the weapons in. Just keep him away from candles – you know what Salamanders are like with fire. 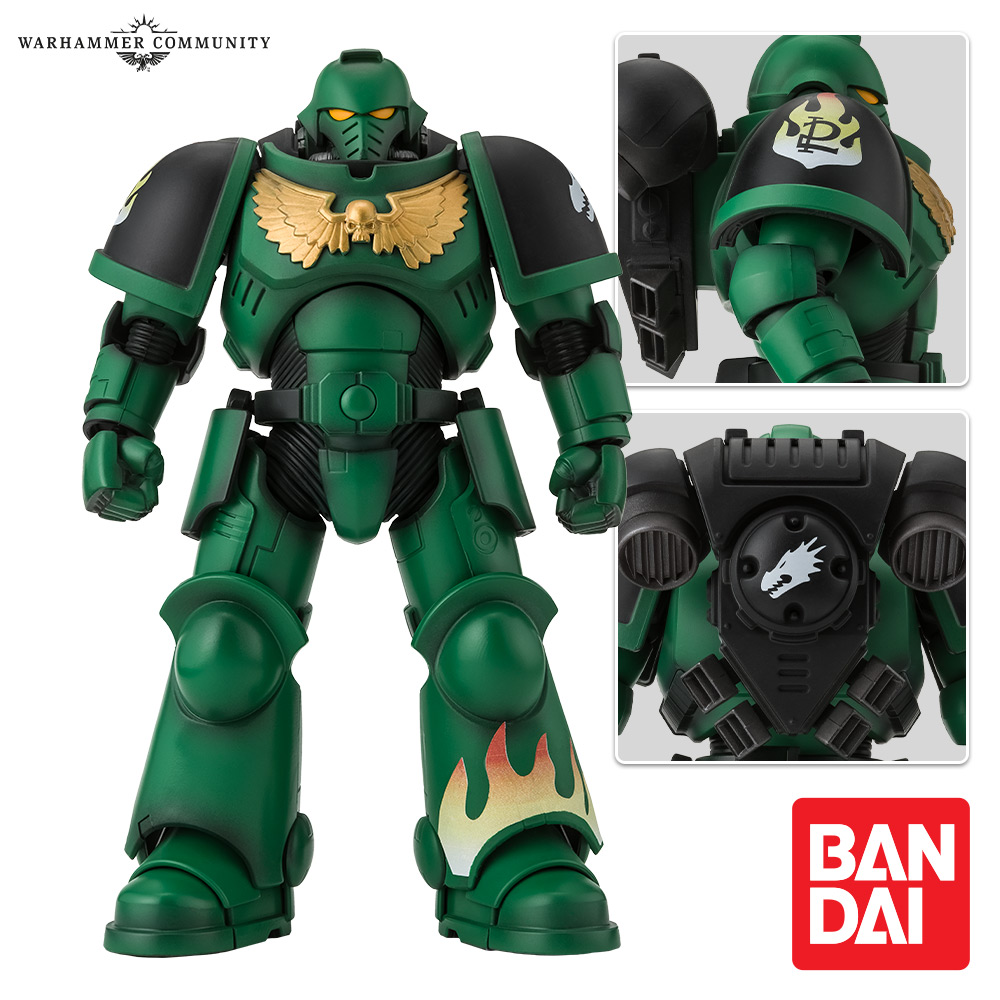 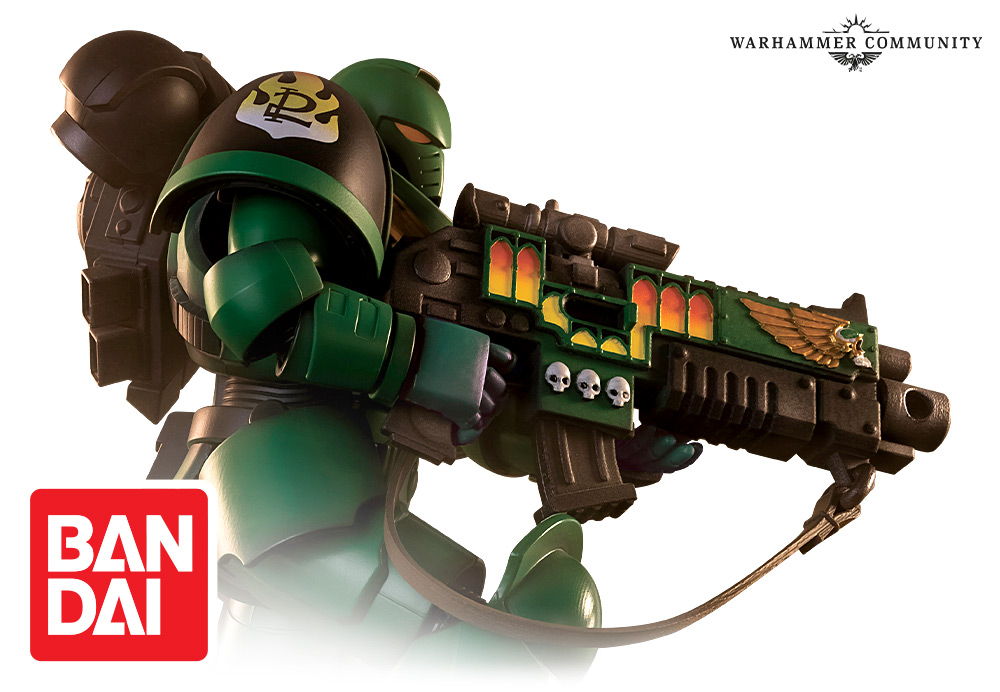 Both action figures stand an impressive 8” tall and are massively poseable, with 53 points of articulation – each leg alone has 12! You’ll be able to have them standing any way you please… if you take them out of the box, that is!

I want them! How do I get them?

You can pre-order both the Imperial Fists and Salamanders figures from Saturday the 12th of September. They’ll be available to order for one week and delivered into your eager hands next year after being made to order by Bandai. Don’t worry about us selling out – everyone who orders a figure will get one. There’s no way the Imperial Fists would be found derelict in their duty, after all!

Which of these Primaris Space Marine action figures are you most excited about? What Chapter would you like to see next? Let us know on the Warhammer 40,000 Facebook page and on Twitter.

How to Order Your Bandai Space Marines

Two new Bandai Primaris Intercessor action figures are coming – find out how you can get them!

The Will of the Mountain

The Lumineth Realm-lords are about to receive a host of new heavy-hitting units – read on to see what’s coming ‘round the mountain.

Space Marines, Necrons and the Best Codexes EVER

It’s a massive week for fans of the Necrons and Space Marines – check out all of the pre-orders now.