New Rules for the Adeptus Mechanicus

We’re all still super excited about the new Necrons that were shown off on Saturday, but you know what’s as good as murder-death robots? Cyborgs! And your disciples of the Machine God are about to get even better. Take a look at all of the awesome new options that the Adeptus Mechanicus are getting in Engine War.

Forge Your Own Path

Engine War introduces the option for you to create your own forge world for your Adeptus Mechanicus force to hail from. You then get to select a primary and secondary ability to make a new dogma for your world. For example, if you choose to be from a rad-saturated forge world, you get the Radiant Disciples primary ability.

If that doesn’t give enough protection to your cohorts, you could double down with the Omnissiah’s Shield secondary ability to give your infantry the Machine God’s blessing in close combat. 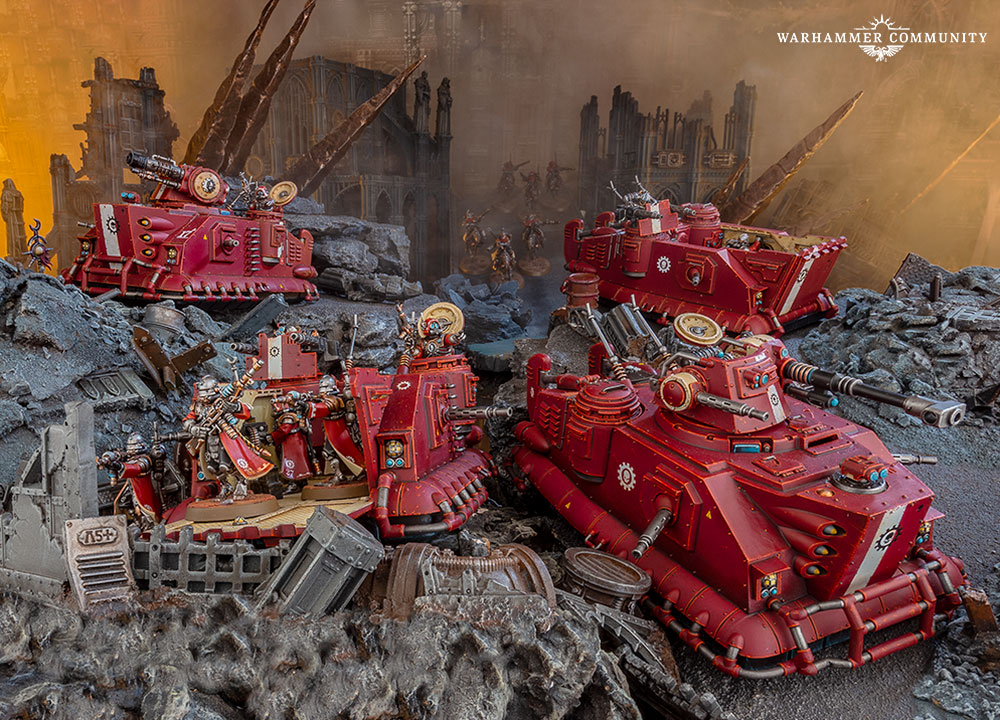 If you’d prefer to stick with one of the forge worlds from Codex: Adeptus Mechanicus rather than create your own, you’ll be rewarded with a new Canticle. Servants of Mars can improve their heavy weaponry. 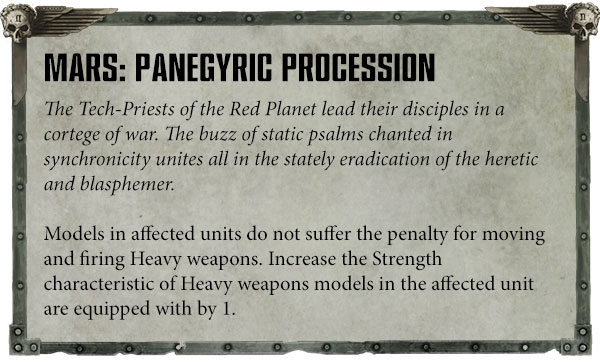 Whereas, if you’re from Stygies, you can add some incredible tactical flexibility into your army. 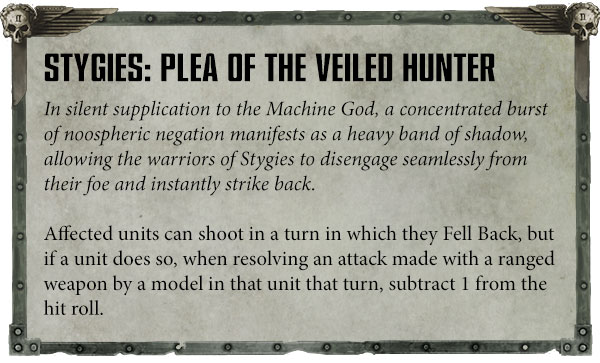 Use this when your enemy thinks they have one of your units locked down. Nonchalantly stroll out of combat before cutting them down with withering firepower. 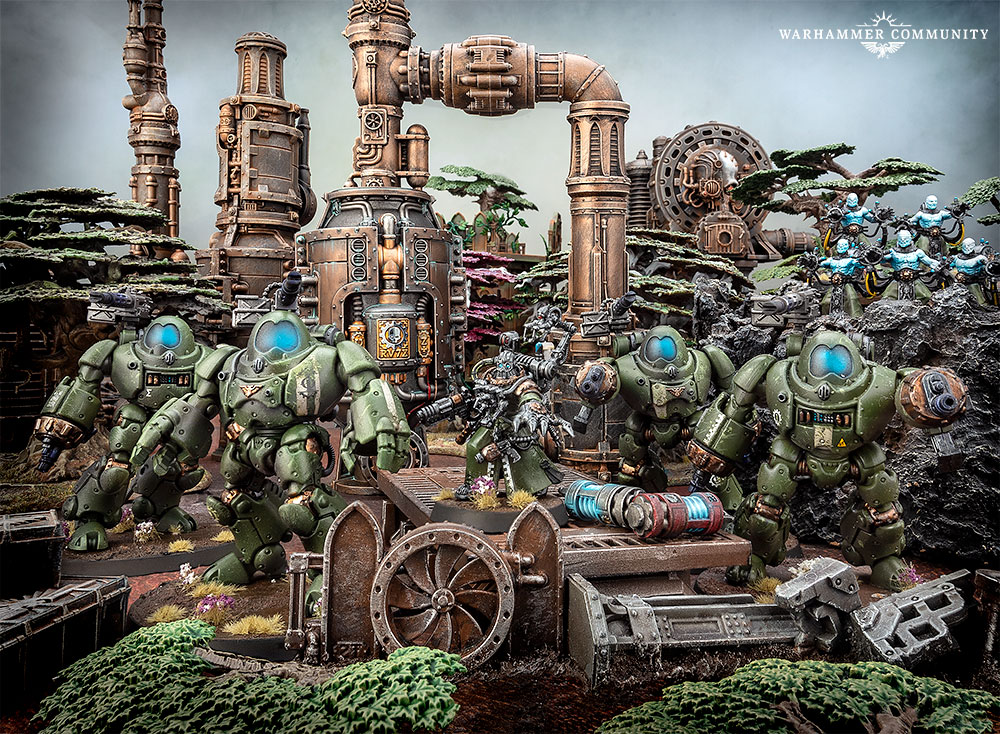 Whichever forge world your forces are from, you can now join in the political machinations of the Adeptus Mechanicus. If your Warlord joins one of the four Holy Orders, they will be able to select the associated Warlord Trait. Each Holy Order gives you a choice of three abilities to select at the start of one of your turns. Throw in your lot in with the Magi to get these abilities. 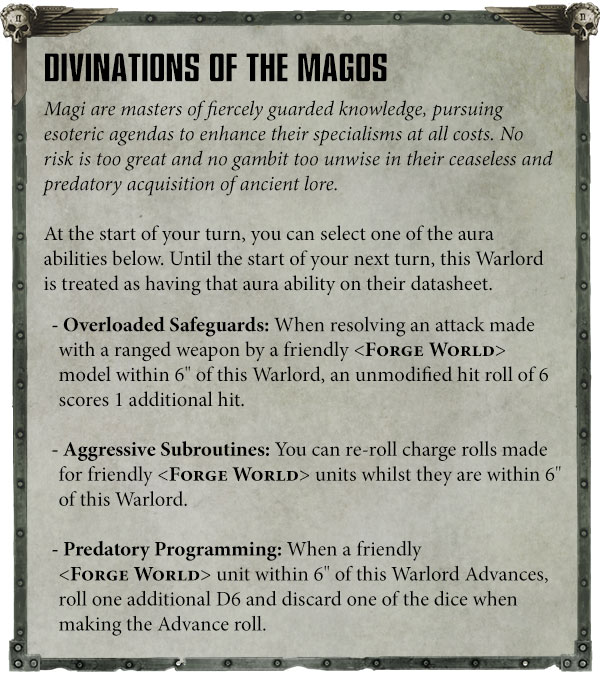 The Adeptus Mechanicus are also going to get a new range of Stratagems to help them achieve victory in the name of the Machine God. Ever wanted to shut down your enemy’s aura effects? Then deploy some Electro-filament Countermeasures. 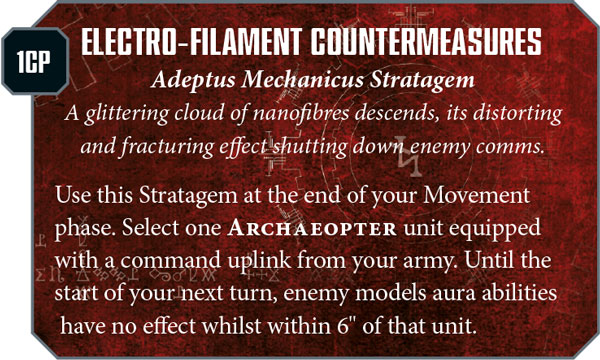 Use that to put those Primaris Lieutenants in their place! You can also employ your new Pteraxii Skystalkers to keep your enemies’ heads down. 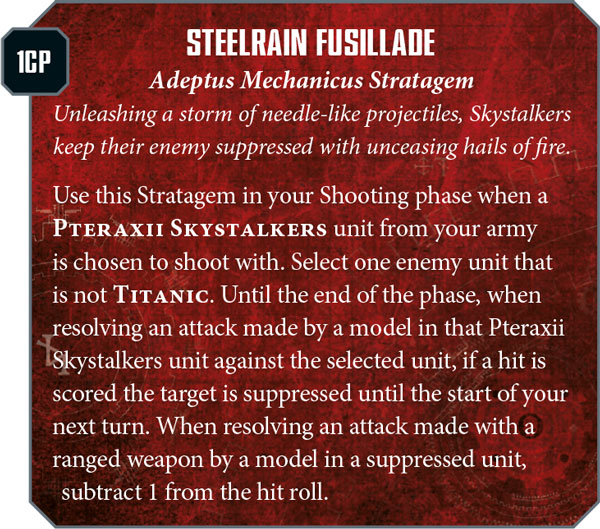 Use this when you need to severely reduce the efficiency of an enemy gunline. 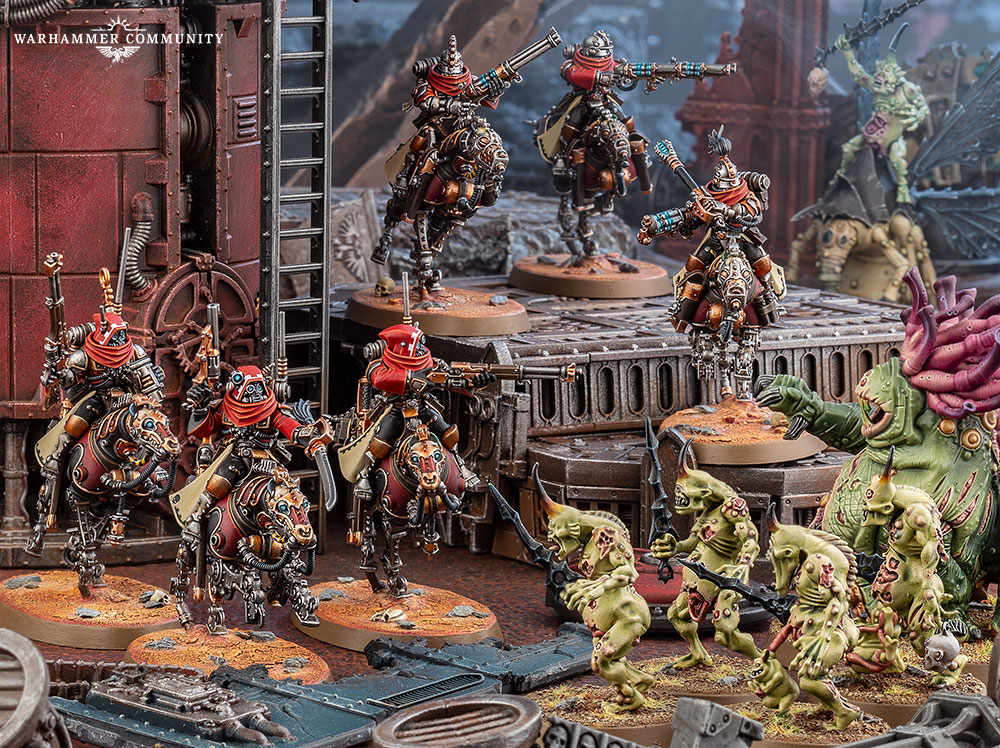 The Adeptus Mechanicus are also getting some new units to add to their forces along with all of these new rules. Both of the cavalry units can take advantage of their speed to get them into the most advantageous of positions. The Sulphurhounds excel as pistoleers…

…whereas the Raiders are ideal for sniping at enemy Characters.

With either unit, ride out to the best spot and shoot down your target with ease. 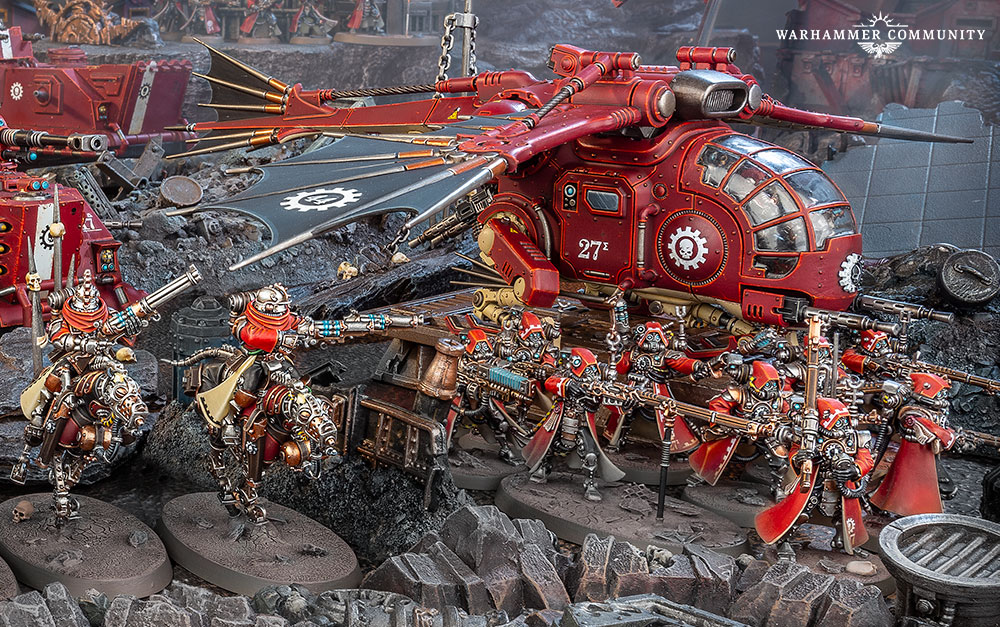 The Archaeopter comes in three flavours – Transvector (a transport aircraft), Fusilave (a bomber) and Stratoraptor (a gunship). Regardless of their individual role, there are features that they all share. They each have a command uplink, making it easy to increase the Leadership of nearby troops.

As we’ve seen above, this can be paired with Electro-filament Countermeasures to ruin your opponent’s plans. Each Archaeopter also has a chaff launcher.

Combined with the regular Hard to Hit rule that Flyers have, this makes the Archaopters incredibly resilient in the face of enemy fire.

That’s just a taste of what the Adeptus Mechanicus will be able to do with their new rules and units. Engine War, the Serberys cavalry, the Pteraxii units and the Archaeopter are all available to pre-order from Saturday. In the meantime, make sure that you’ve got a Tech-Priest Dominus to lead your forces to victory in the name of the Omnissiah.

Pre-orders are back with a bang! Check out what’s available this week.

What is the Psychic Awakening?

Find out what’s been going on in the galaxy.