If you saw our detailed coverage of the mind-blowing Warhammer Preview from the LVO last weekend (you have seen it, right?), then you’ll know that a new aelf faction is on its way for Warhammer Age of Sigmar – the Lumineth Realm-lords! What’s more, we’re going to be guiding you through their lore and development all the way up until their launch so that you can learn all about them. Speaking of which, in the first instalment of the Lumineth Lowdown, we’re looking at their origins…

Out With the Old, In With the New

The old aelven pantheon is dead,* having perished long ago with the world-that-was. Yet when the Mortal Realms were formed and Sigmar travelled the fantastical new lands, he discovered that, like himself, some of his former allies had not only survived, but had been reborn anew as divine beings. Two among them were the twin aelven gods, Tyrion and Teclis. 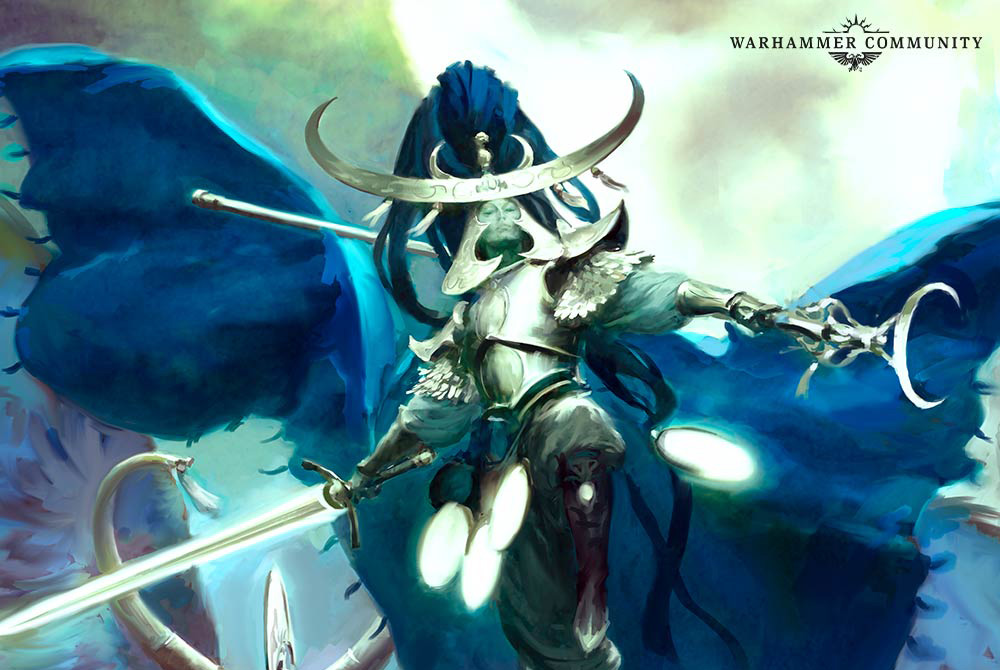 After working with Malerion to entrap Slaanesh in the Hidden Gloaming, Tyrion and Teclis began to siphon the souls of their former kin who had been swallowed by the Dark Prince during the destruction of the Old World. Of all the spirits drawn forth from the slumbering Chaos God, the most stable and pure became known as the Lumineth. They settled within Hysh, the Realm of Light, a paradisal land of geometric perfection. There, the Lumineth grew both wise and powerful from the teachings of the twin gods. 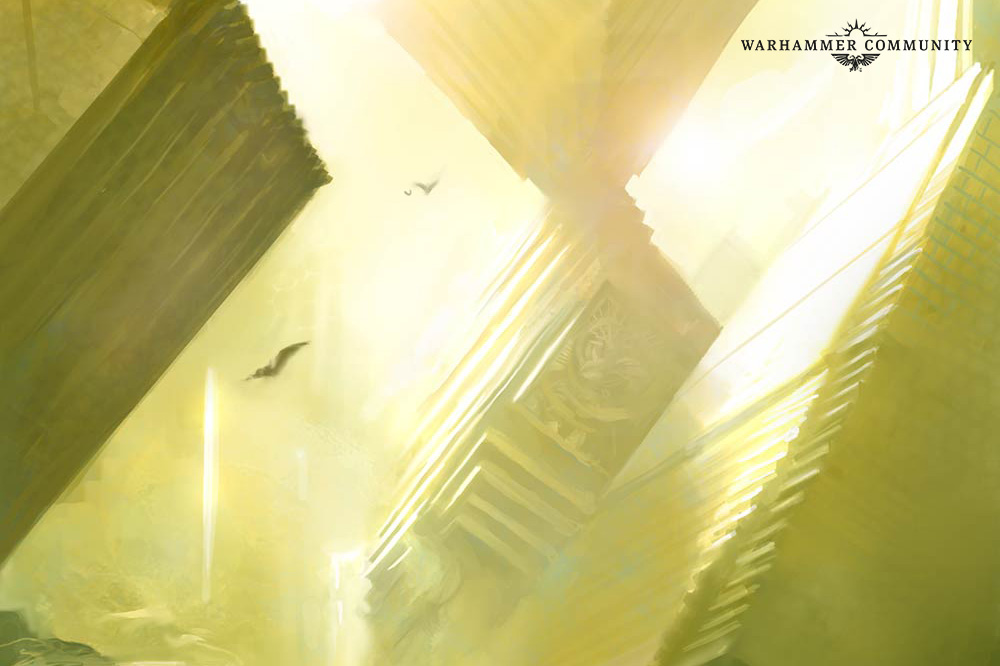 From Darkness to Light

Despite their nobility of spirit, the history of Lumineth Realm-lords is far from without incident, for no aelf could suffer an age of torment after having been consumed by Slaanesh and emerge unscathed. As is ever the way with the corrupting influence of the Dark Prince of Chaos, it was their own emotions that saw the Lumineth fall from the light. Yet before unchecked hubris and jealousy tore them apart, the Lumineth found salvation by returning to Teclis’ path of wisdom, knowledge and self-betterment, which ultimately brought their civilisation back from the brink of self-destruction. This period of enlightenment became known as the Reinvention, and it inspired every aspect of the lives they now lead.

Following the teachings of Teclis, the Lumineth also learned to communicate with, and even channel, the geomantic spirits of Hysh – specifically those of the mountains, rivers, wind and zenith. This affected every aspect of their existence, from the knowledge they accumulated to the way they fought and the magic they employed. Lumineth warriors who bonded with the spirit of the mountain would be all but immovable in battle, stoically weathering the tide of enemies crashing against them, while their mages would bombard their foes with stones and crush them beneath rocks. This led the Lumineth to develop four distinct sub-cultures within their wider civilisation, each with its own orders of mages and warriors. By dedicating themselves, mind and soul, to the pursuit of furtherance, the Lumineth could better avoid the lure of Slaanesh. 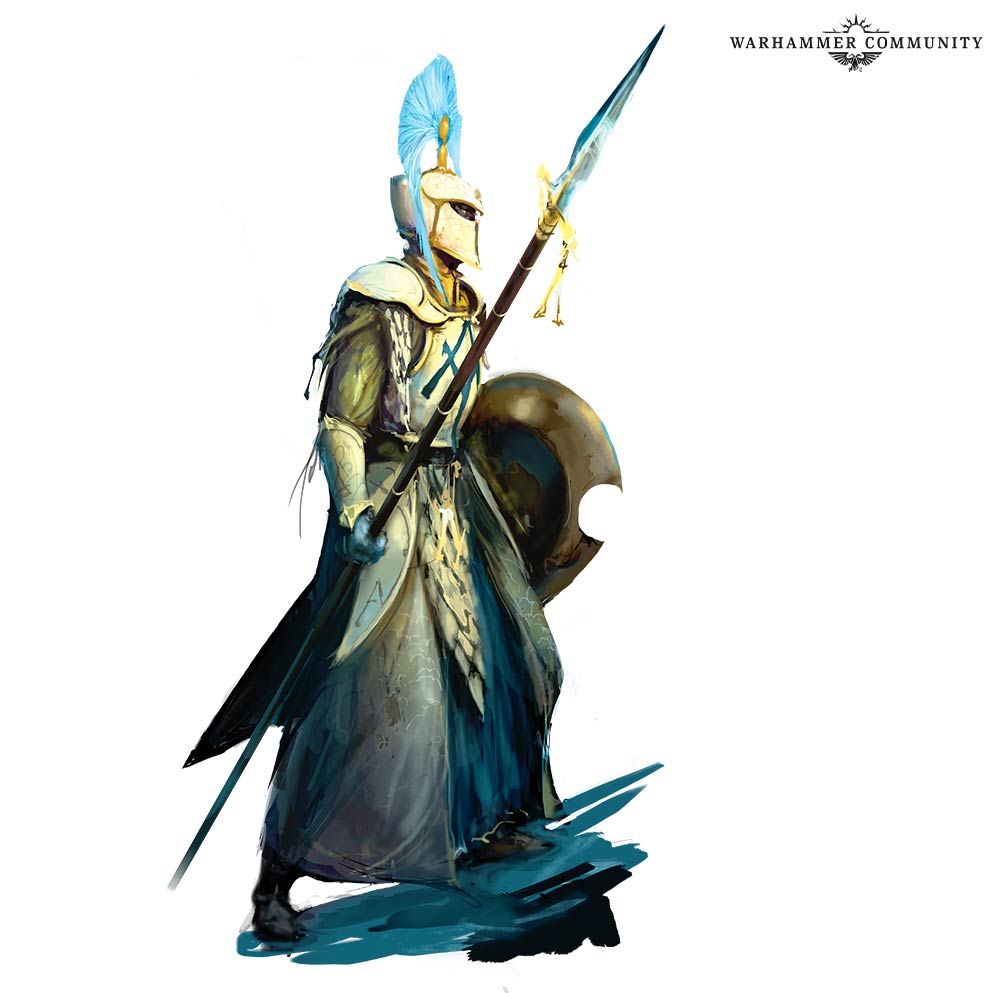 Greater enlightenment for the Lumineth came through harnessing the unique properties of aetherquartz, the Hyshian realmstone, in specially designed jewellery. They discovered that they could endlessly reflect the power of Hysh within this realmstone to empower the mind, body and soul. This did not come without a cost, for even as it offered illumination, the aetherquartz crystal eventually grew dim, and so drained the emotions of its bearer to restore its inner light. To the Lumineth, who sought perfection in all things, such a sacrifice was well worth paying, for emotion was a path to corruption… to Slaanesh. 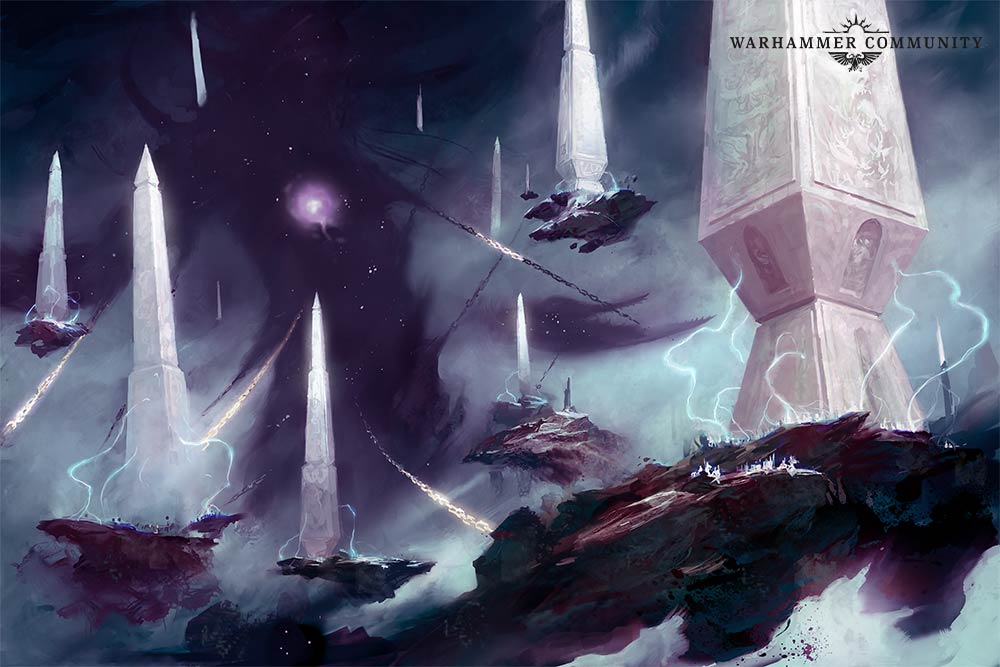 Once the energy bound within an aetherquartz diminishes, it is left blackened by drained emotions. The Lumineth discard these spent stones, replacing them with freshly prepared aetherquartz to revitalise them once more. So, with each gem discarded, the Lumineth become more mentally, physically and spiritually gifted, yet grow colder and more aloof.

The Peerless Armies of the Lumineth

As one might expect from warriors and mages whose aetherquartz-enhanced skills have far transcended their natural capabilities, the armies of the Lumineth Realm-lords are among the deadliest in the Mortal Realms. They wage war with peerless coordination, their phalanxes of spearmen and formations of swift cavalry seamlessly working together to overcome even many times their own number in foes. Meanwhile, mages of incredible power rain down destructive, elemental magic to the utter ruin of their enemies. With the peerless martial prowess of Tyrion and the enlightened teachings of Teclis driving their every action on the battlefield, the Lumineth Realm-lords are the art of war made manifest.

Now that you know a bit more about the Lumineth Realm-lords, next time, we’ll be taking a closer look at their miniatures – starting with their spearmen, the Vanari Auralan Wardens – and investigating the significance of their runes. In the meantime, head on over to the Warhammer Age of Sigmar Facebook page and let us know what excites you most about with the Lumineth Realm-lords. If you haven’t done so already, sign up to our newsletter to be the among the first to know what’s going on with all the latest news and articles.

* Just don’t tell the Daughters of Khaine, as Morathi claims that she’s the oracle of the God of Murder, and they probably won’t take too kindly to being informed they’ve been duped into worshipping a long-dead god the entire time…

At the Speed of Light

In part 3 of the Lumineth Lowdown, we introduce the graceful aelven cavalry, the Vanari Dawnriders.

In this instalment, miniatures guru Ben Jefferson discusses the intricacies of aelven architecture.

In Part 2 of the Lumineth Lowdown, we’re taking a look at the spearmen – Vanari Auralan Wardens to use their proper title – and the significance of runes within their culture.