Pre-order Your Sisters of Battle Today!

It’s been more than 18 months since we first revealed that we were starting an entirely new range of plastic Sisters of Battle miniatures. Well, here we are, at the culmination of all our efforts – the Adepta Sororitas range is here at last! In fact, you can pre-order the codex and first wave of new miniatures RIGHT NOW!

Including an extensive background and rules for fielding the Sisters of Battle on the tabletop, Codex: Adepta Sororitas is your essential companion to the holiest of all the Imperium’s armies. This 112-page book is available as a standard hardback and opulent collector’s edition, as well as in ePub and enhanced digital formats. 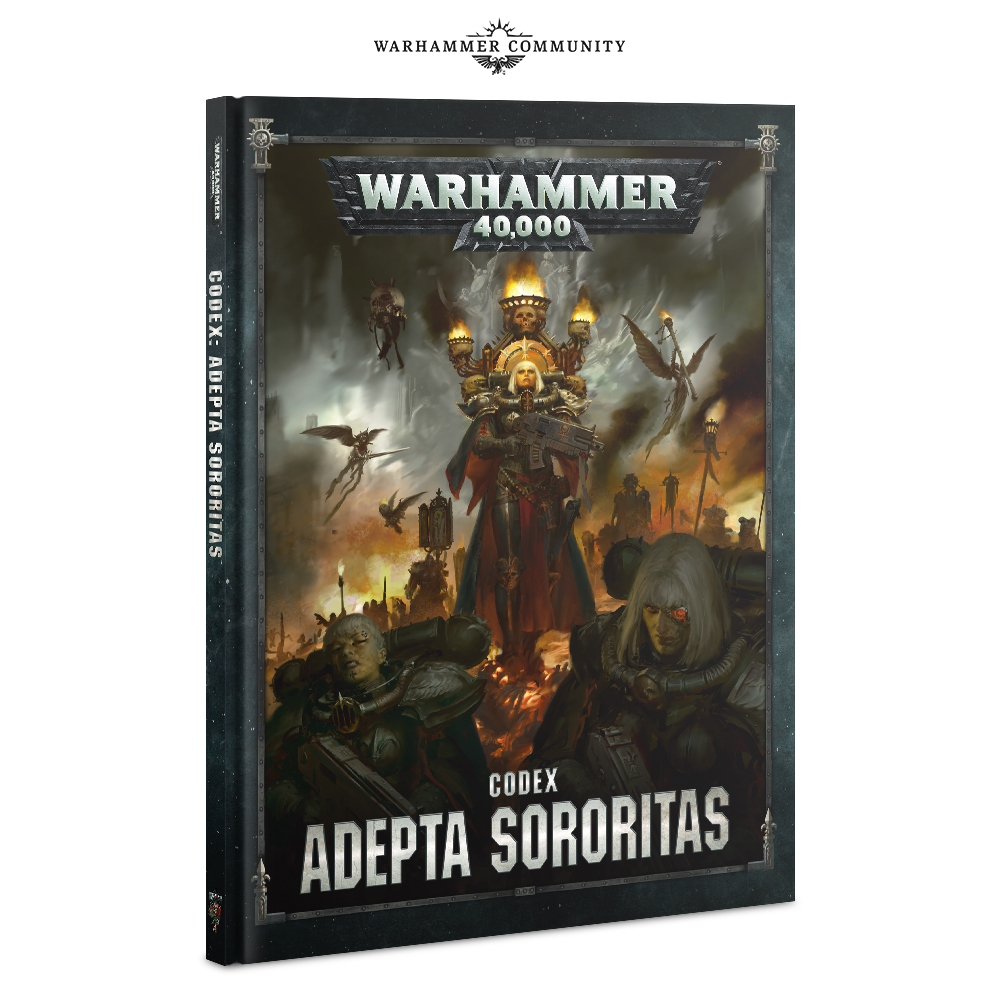 If you’re picking up a copy of the codex, you’ll want to make sure you grab a set of Adepta Sororitas Datacards, too, as they feature all 36 of the Sisters’ Tactical Objectives, 38 Stratagems and 6 Sacred Rites for easy reference during your games.

You can also channel the divine will of the God-Emperor with the Adepta Sororitas Dice Set, which includes 20 dice with faces designed to appear as stained glass windows! Each one features a large fleur-de-lys icon in place of a 6 and a haloed skull icon in place of a 1.

If you’re looking to build your Adepta Sororitas collection around a solid core of their power-armoured infantry units, you’ll likely become very familiar with this incredibly versatile set. After all, the multipart plastic Battle Sister Squad enables you to build the standard Troops squad, or assemble them as Celestians and Dominions. Add to that an entire arsenal’s worth of weapon and wargear options included on the frames and you’ll see why this is such a multipurpose kit! 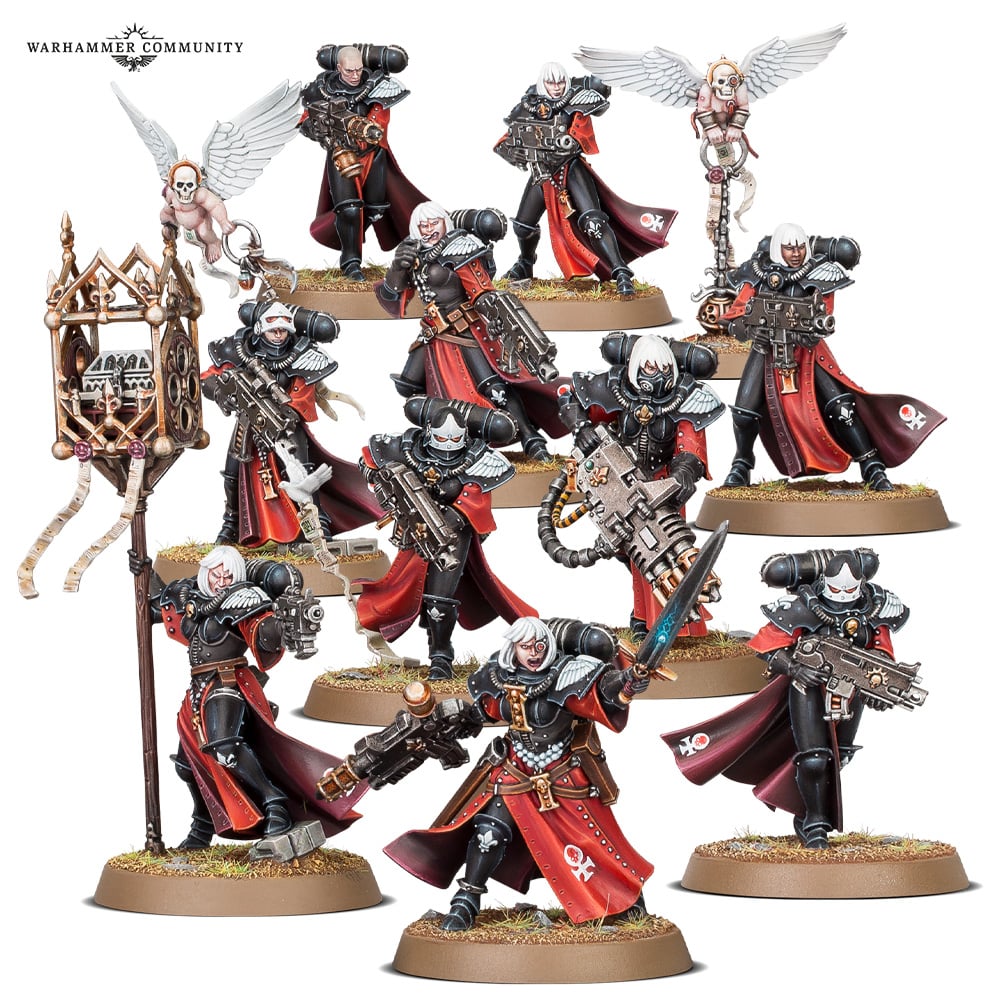 If you prefer to unleash some of the heaviest weaponry available to the Adepta Sororitas, you’ll no-doubt be after some Retributors. Armed with a choice of multi-melta, heavy flamer or heavy bolter, and accompanied by Armorium Cherubs for swift reloading, they’ll provide your forces with some devastating fire support. 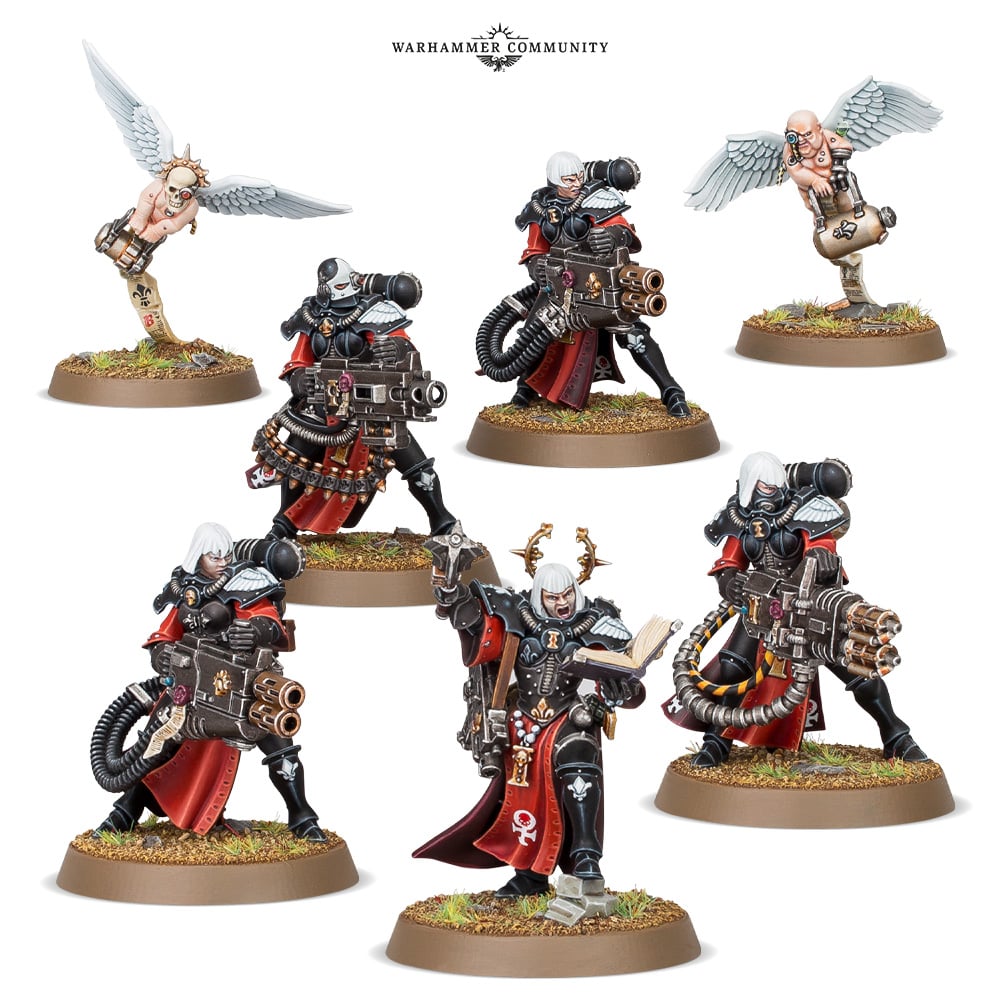 The Triumph of Saint Katherine

Saint Katherine was foremost of the six Matriarchs steeped in Adepta Sororitas legend. Even though she has long since died, her body is held in state, where the light of the Emperor can shine through her blessed remains and inspire those around her. The six representatives of the Matriarchs accompanying Saint Katherine’s funerary procession bear the holy relics of their forebears, further steeling the resolve of the faithful fighting in their presence.

This astonishing kit makes the ultimate centrepiece for your collection, and a lynchpin around which you can form a formidable army. Alternatively, if you’re looking for your next painting project, the Triumph of Saint Katherine will make for the perfect project, as there are loads of individual characters, textures and details upon which you can lavish all your attention! 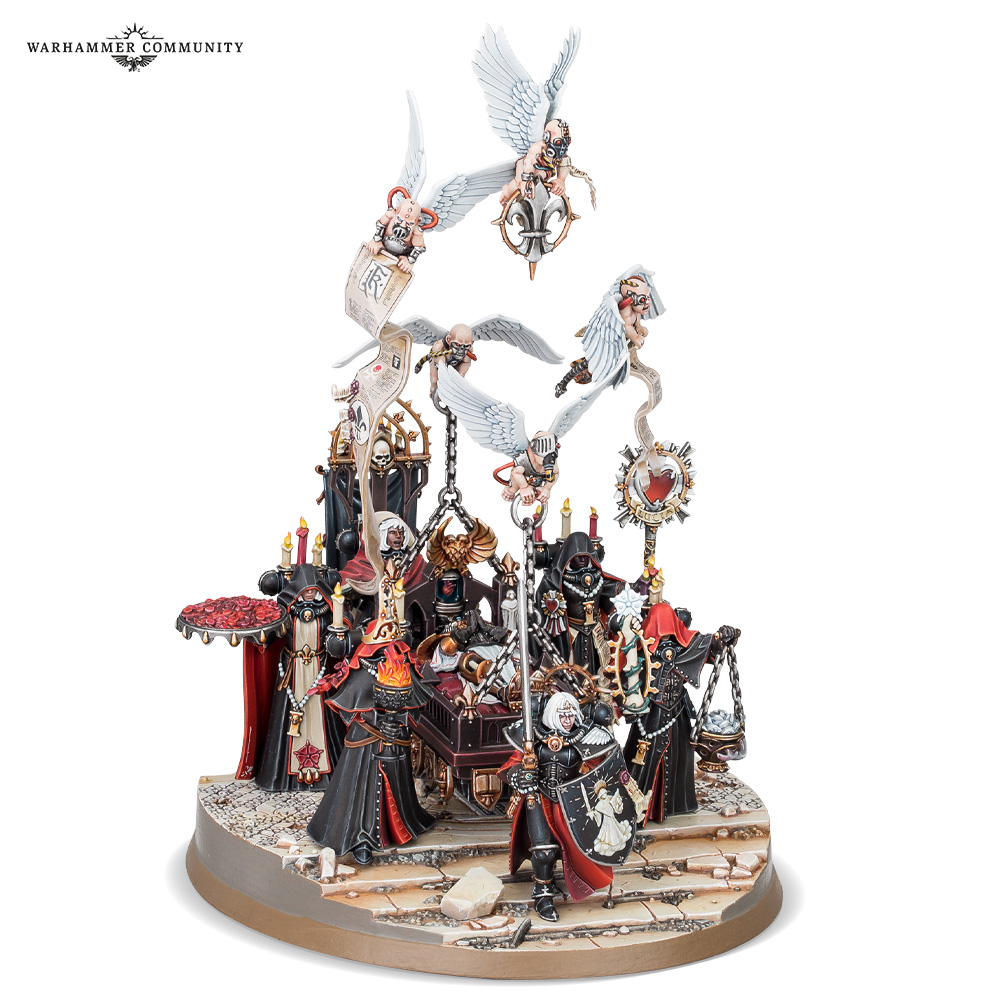 These items are all available to pre-order today, so if you’ve been waiting patiently to answer the God-Emperor’s call, now’s the time! 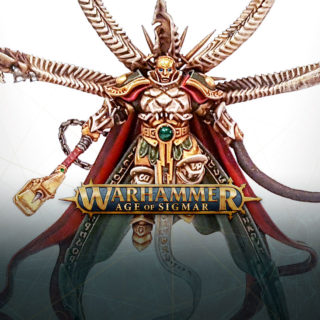 Here in the Warhammer Community team, we think conversions are BRILLIANT – so when Robin Lundkvist shared his Stormcast Eternals […] 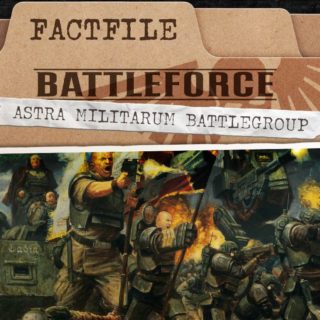 Who doesn’t love Battleforces? Aside from the undeniable satisfaction of opening up a REALLY BIG box of miniatures, saving money […] 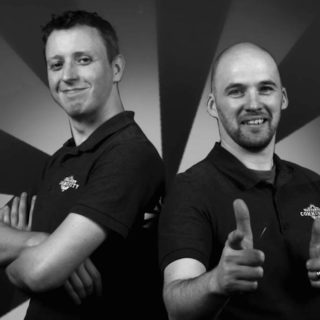 Twice the Presenters, Twice the Hobby – and How to Paint: Tyranid Warriors

We thought it was high time Duncan got a presenting buddy; after all, every good painter knows the benefits of […]